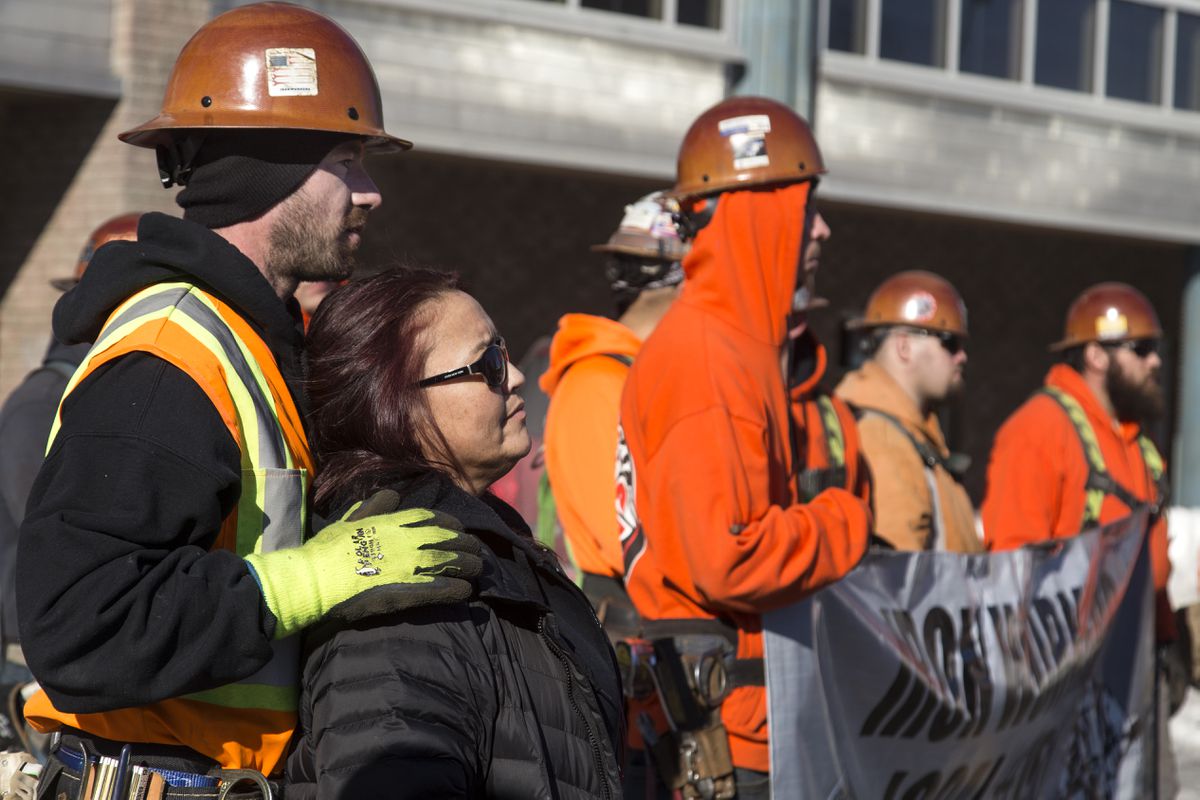 As governor and lieutenant governor, our decisions are influenced by the roles we held long before we took office. As husbands, brothers and sons, we cherish the strong women in our lives. As grandfathers and fathers, we want to ensure a safer Alaska. It is one of our administration's highest priorities.

Because building a vibrant economy begins with empowering future leaders, we must ensure our children are raised free from violence in their homes, relationships and communities. Yet, half of the women in Alaska have experienced violence at some point in their lives. And nearly half of the children who experienced abuse were younger than age 5.

Domestic violence, sexual assault and child abuse know no socioeconomic or regional boundaries. Sadly, violence in our state transcends race, class and geography. It is both an urban and rural problem. It's what fuels drug and alcohol addictions, and drives our disproportionately high suicide rates. The victims often suffer in silence.

We cannot allow this to continue. We must do better.

During the month of April, we honor the victims of sexual assault and child abuse and celebrate the survivors. Year-round, hardworking advocates around the state raise awareness to expand prevention efforts and foster attitudes that promote healthy relationships. Their efforts are paying off.

The state's Council on Domestic Violence and Sexual Assault saw a 32 percent decrease between 2010 and 2015 of women reporting they had experienced intimate partner violence within a year. During that same five-year period, the council also saw a 33 percent decrease in reported sexual assaults.

That's improvement — but we must do better.

Diane Casto has been hired as CDVSA's new executive director. She begins May 1, and we are confident she can strengthen the state's efforts to turn these deplorable statistics around. Casto has 30 years of experience in prevention efforts. She knows that ending violence in our communities will require an all-hands-on-deck approach.

In 2016, we requested a statewide inventory of sexual assault kits, and discovered thousands had not been submitted for testing. We secured federal funding to aggressively process the backlog of evidence, pursue perpetrators and provide justice to victims.

We also enacted legislation to provide victims of felony crimes the ability to confer with prosecutors before a proposed plea agreement, protect victims from employers who would penalize them for reporting a crime or participating in the investigation, and equipping victims with information to better track offenders' sentences and release dates.

Through the Alaska Children's Trust Resilience Initiative, we are collaborating with nonprofits, tribal organizations, schools, businesses and community coalitions to end child maltreatment, intergenerational and systemic trauma through healing and strategic advocacy.

There is much more work to do. Until every Alaskan feels safe in his or her home, school and community, the job is incomplete. Building a safer Alaska requires all of us pulling together.

Help is available. Contact Council on Domestic Violence and Sexual Assault for information on shelters and other resources, or contact GreenDotAlaska.com to get involved.

Gov. Bill Walker and Lt. Gov. Byron Mallott are both married to strong women, Donna and Toni. The Walkers have four children and four grandchildren. The Mallotts have five children, eight grandchildren and one great-grandchild.