At the expanding Anchorage Museum, a homegrown leader seeks to remake Alaska's identity 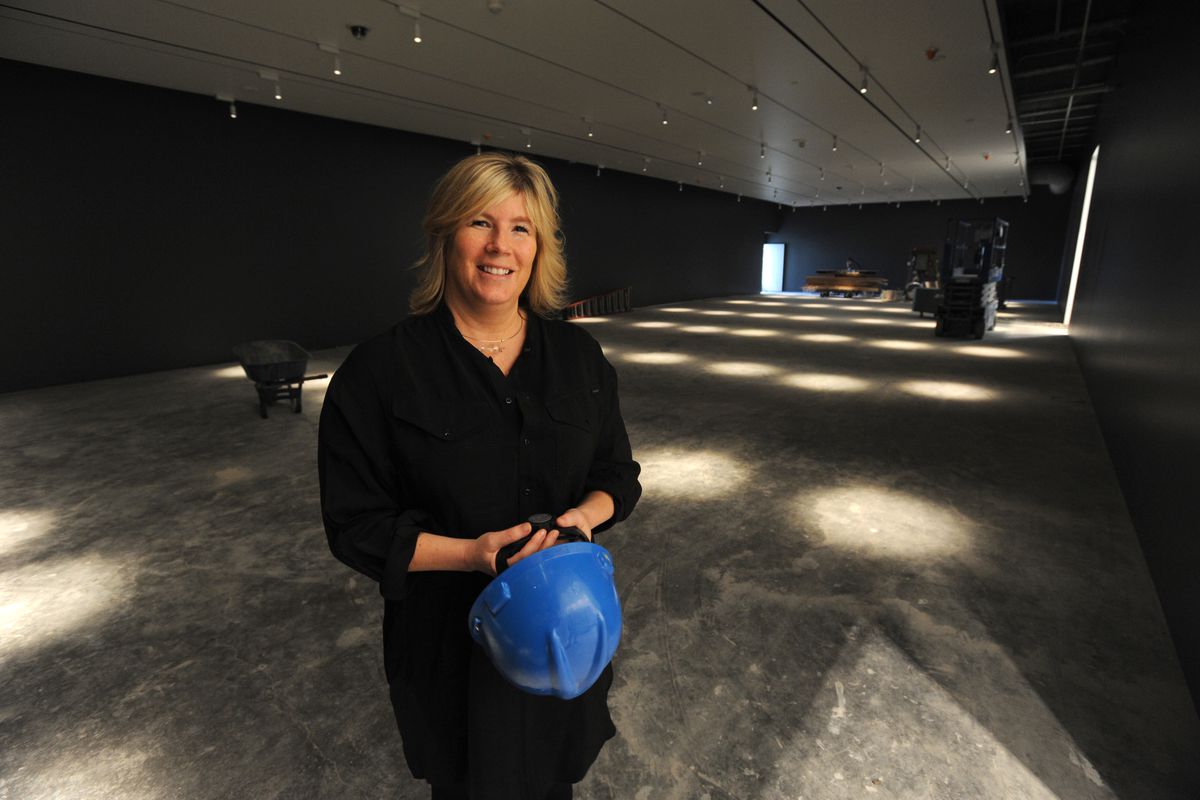 Executive director and CEO Julie Decker stands in a gallery that will display early 20th century landscape paintings by Sydney Laurence, Eustace Ziegler and others in the new Art of the North wing at the Anchorage Museum on Wednesday. (Erik Hill / Alaska Dispatch News)

Executive director and CEO Julie Decker stands in a gallery that will display early 20th century landscape paintings by Sydney Laurence, Eustace Ziegler and others in the new Art of the North wing at the Anchorage Museum on Wednesday. (Erik Hill / Alaska Dispatch News)

The Anchorage Museum is finishing a major remodel and expansion, but its ambition is much larger than that. Under director Julie Decker, the museum wants to help redefine the Alaska story.

The museum won't be about imported prestige anymore. Decker wants it to reflect the diversity and dynamism of today's community and the contemporary North, not the frontier myth that has dominated the century since the Klondike gold rush.

Alaska's frontier narrative is all around us — in the tired conflicts between boomers and greens, the phony images on reality TV and the pioneer poses of our politicians. It powers the bravado of Sarah Palin and the insecurity of our imported art, music and theater.

"It's my hometown, and I felt like our frontier narrative was pretty limited," Decker said. She saw it vividly in the museum's chronological Alaska Gallery, built in 1986, with its story of how Alaska developed from wilderness to civilization.

That is all gone now, to be replaced in the huge space by a multi-disciplinary exhibit that visitors can experience chronologically or thematically, using items juxtaposed to raise questions as well as answer them.

But discarding the textbook version of history has been controversial. We cling to the myth.

"I hear that in the Alaska Gallery renovations," Decker said. "I think I've heard that my whole life. And as a human, I am worried about us not changing that narrative. I think we leave too many people out and we don't move forward. And I think part of my job is to have a vision."

I'm with Decker on this. I've long admired her work, both as an artist and as a writer and curator whose books and exhibits helped midwife a nascent Alaska artistic sensibility. I grew up here too, and I'm ready for something new.

After the late Elmer Rasmuson gave $50 million to expand the museum in 1999, I served briefly on the committee overseeing the work. I quit because of a focus on trophy architecture without local context or consideration of Alaskans who could have designed the building.

Julie Decker took my place on the committee. She had worked in her first museum internship under Pat Wolf, who built the institution from 1974 to 2008 and is its mother. Decker stuck with the committee and feels better about the project than I do.

To me, the pin-striped glass of that expansion reflects everything wrong about imported art. Architect David Chipperfield gave us the Alaska stereotype of an icy wall, the kind of facile statement we often get from artistic visitors. The money also went into a daunting black staircase, while adding little usable space.

The hideous stainless steel sculpture on the corner at Sixth Avenue and C Street by Antony Gormley, Chipperfield's British colleague, frankly insults Anchorage at our expense.

Gormley told me at the time that he made the boxy steel man as a response to the boxy architecture of downtown Anchorage. The man is Gormley's contemptuous image of Alaskans as we fail to adapt to the Alaska landscape. Not exactly a deep idea.

The newly privatized museum imported leadership too. After 36 years as a volunteer and staffer, Wolf was asked to reapply for her job. She declined.

The new boss brought in commercial schlock for paying customers. Anchorage took the role of a suburban shopping mall beyond the fringe of American culture.

That's over. During the last 2 1/2 years, Decker led creation of perceptive, exciting exhibits that could happen only here. Money has followed, as the unique northern-looking work interests national foundations the way an exhibit about "Star Wars" never would.

Long-time museum people worry Decker will discard history in favor of technology or glitz, pointing to the museum's role preserving the past, not just interpreting the present. They also worry about the free hand she has been given by the largely unaccountable private museum board.

I'm usually all about public process but I'm OK with Decker having control. She's making the museum ours again and filling it with young people. I'm excited to see the surprising stuff the museum can teach me.

Last week I toured the expansion that will be finished in the fall.

I remember seeing the atrium for the first time in the 1980s. The tile, glass block and pool of water were very grand for Anchorage. For 30 years the space was our front parlor for weddings and proms.

Now it will be our living room. The pool is gone (to be moved to a patio outside) and the tile has been replaced with warm wooden flooring with the end-grain facing out. Movable furniture will invite patrons to hang out, with charging stations at hand for phones and tablets, and a large coffee stand.

Local architects McCool Carlson and Green designed the 31,000-square-foot expansion of the museum galleries. Their work honors Alaska and provides needed exhibition space at a much lower cost than the Chipperfield project (the money again came from the Rasmuson family).

The proportion and flow of the rooms is calming, with vivid wood floors and soft light streaming down from ceilings as high as 28 feet. The space impresses without intimidating. It will be wonderful for art made in Alaska.

And now the art will no longer be segregated between work from Alaska Native and European-influenced cultures. It will all show together. Perhaps as we learn to see it mixed, the different visions of Alaska may help us learn to live together too.

Decker spent a lifetime developing her understanding of what this building should be. A single mind leading a nimble organization needed to do the job. Without answering to public hearings and politicians, she is making it happen.

And leaving out the frontier myth.

"It's over," she said. "It's talking about something that happened 100 years ago. And how does that continue? How is that relevant to now? And how does that empower us in our future? … And I began thinking, we should start making things ourselves."