These students don't have all the answers yet. But give them a second. 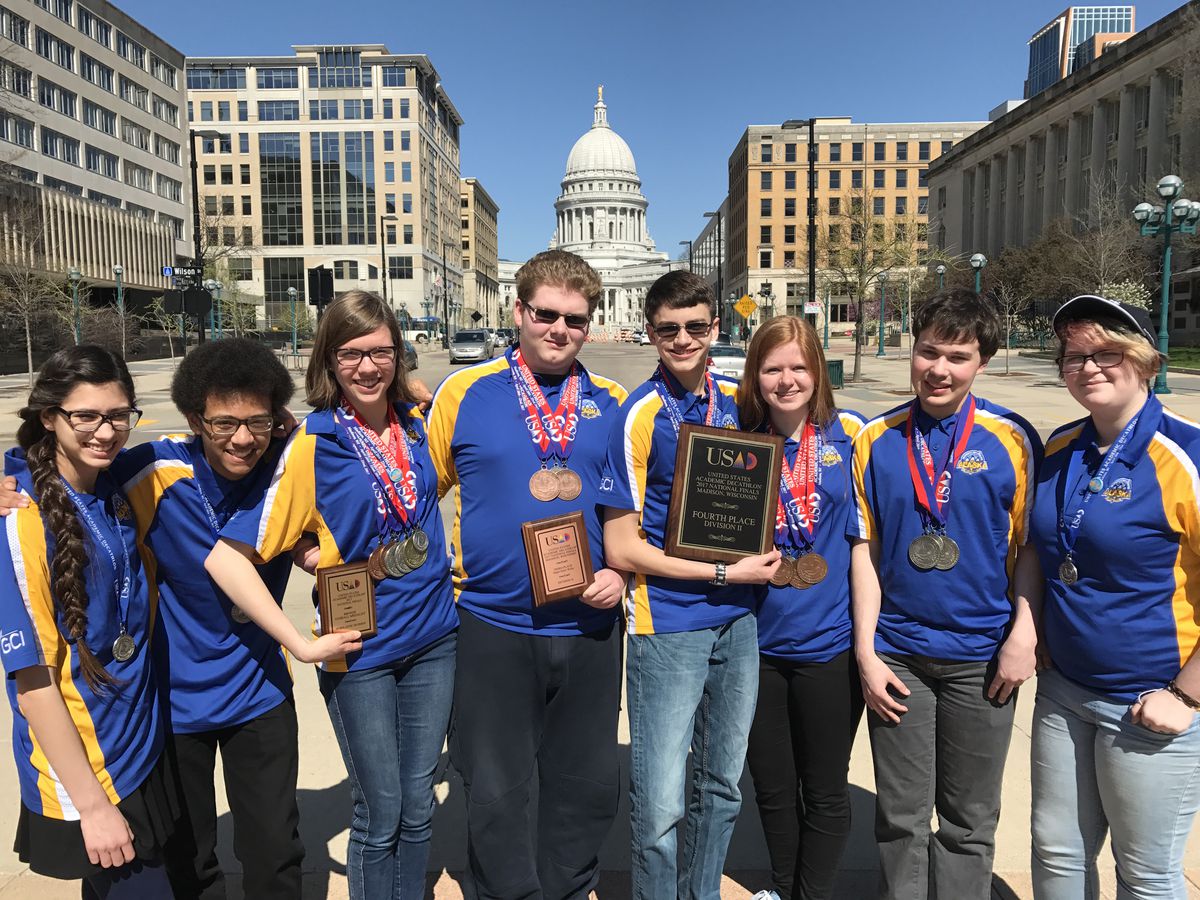 Every student who becomes a good one learns about work and commitment.

The lucky ones discover this early on from their parents. Others draw inspiration from teachers and may be fortunate enough to find a group of friends to share the love of learning.

This brings us to the eight members of the Lathrop High School Academic Decathlon team and their teacher, Chris Benshoof, just back from a fourth-place finish in a difficult national competition featuring some of the best young students in the country.

The Academic Decathlon has long been a high school fixture in Fairbanks, in no small part because of people like Benshoof, whose dedication has made a difference in this particular exercise for more than half of his 34 years.

He walked the Lathrop halls as a high school student before earning degrees in math and education at the University of Alaska Fairbanks and returning as a teacher nine years ago.

An insightful analysis of his role in the Academic Decathlon appeared on the editorial page of the Fairbanks Daily News-Miner after the national competition, with references to Benshoof's introduction to AcaDeca as a high school junior 18 years ago.

The editorial page editor, Tom Hewitt, was an AcaDeca teammate of Benshoof back then, which gives him a unique perspective.

"As a competitor, Mr. Bensoof was a solid contributor but never the team's standout scorer," Hewitt wrote. "Yet Lathrop's team changed when he arrived nonetheless. His particular genius with regard to the competition was the level of enthusiasm he brought to the team, encouraging his teammates and later competitors to engage in long periods of focused study that propelled them from contenders to champions."

Benshoof said Hewitt was correct about his AcaDeca record. "I tell the kids all the time we won when I was a junior, but I take no credit because these other six people were brilliant," he said.

The students in the decathlon write essays under deadline pressure, learn to speak up for themselves in interviews and in front of audiences, and take tests in art, math, economics, literature, science, history and music. But before that happens, they practice for months.

If the coach knows the statistical history of the Lathrop AcaDeca teams the way other people know baseball batting averages that's because he believes in the mission.

Benshoof teaches advanced placement classes in statistics and computer science, as well as classes in robotics, engineering and electronics. All told, he has about 120 students during the day. The work on the decathlon takes place at Lathrop after school until 6 p.m. or 7 p.m. and all day Saturdays.

"We get students who are definitely brilliant, there's no doubt about that, but they're willing to work really hard. We end up meeting by the end, about 20 to 25 hours a week," he said.

"It's just nice to have a group of people that want to get together and learn things, mostly just for the sake of learning," Benshoof said.

The students who do well don't treat the subjects as 10 different categories, but develop a broader understanding, one in which art can connect to math and history can be tied into economics and science.

He said this style of learning discourages tunnel vision and has made him a much better math and engineering teacher. It also encourages those with an appetite to learn.

I sat down with the team members the other day. They attributed their success to the friendships they've made with each other, hundreds of hours of studying and encouragement from their coach.

The team members are Tailon Russell, Camelia Valencia, Abigail Boyle, Andrew Parker, Darin Cheney, Caelan Gold, Daisy Morotti and Grace Martin. Four are seniors and the others sounded like they are already excited about doing this again next year.

Grace Martin, a junior and the third highest scorer in Lathrop history, won five medals at the national event. There is memorization, she said, "but the more important part is getting those bigger concepts."

The fun of a collaborative effort and the chance to sharpen her study skills and test-taking skills are major benefits, she said, not to mention that she loves competition and wants to do well for Lathrop.

Darin Cheney, a senior, said he often tells people how much fun he has had trying to master the material. "We study a whole bunch and take tests on it," he said, "It doesn't sound fun, but trust me, it is."