President should dismiss case against Bergdahl 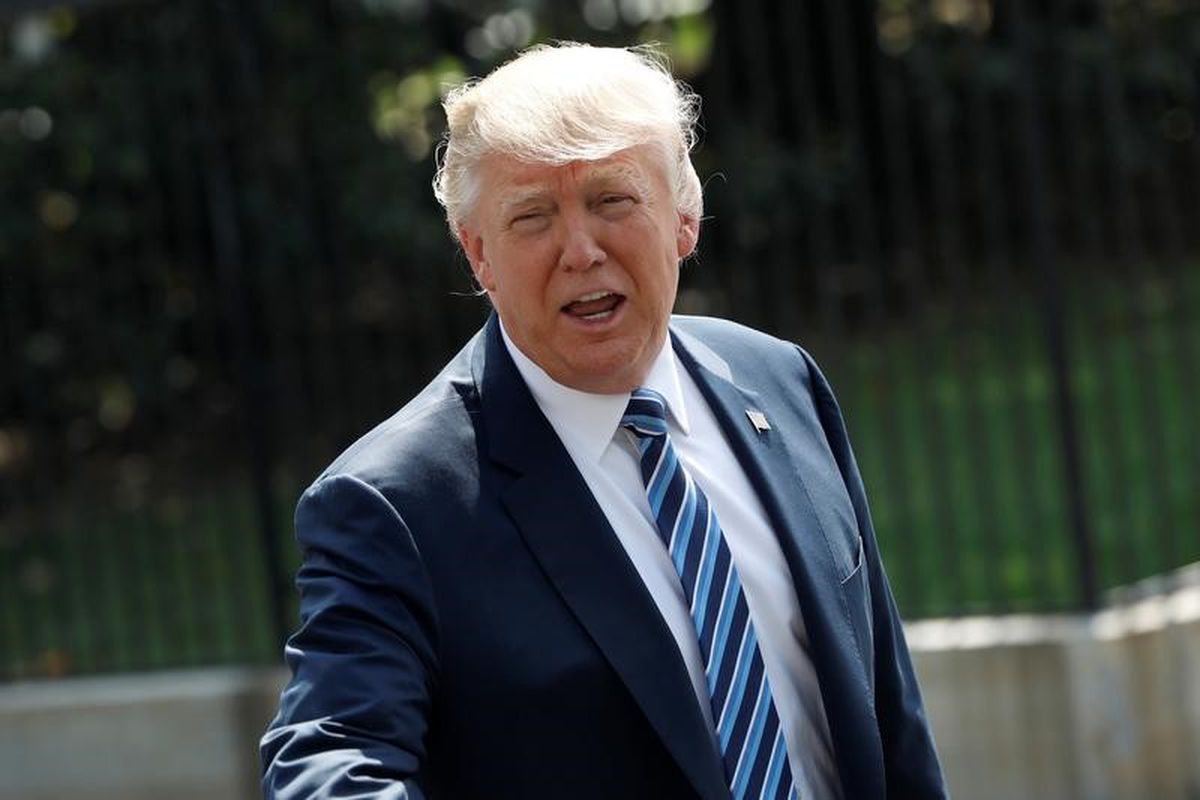 President Trump has wasted no time in turning to the U.S. military for action since taking office. He's launched a missile strike against a Syrian airbase, sent conventional troops to fight there, greatly increased the bombing operations in Yemen, and ordered a carrier strike group steaming toward the Korean peninsula.

The president's increased use of the military includes reliance on a critical backbone of U.S. military effectiveness: the military's criminal justice system.

This edifice of good order and discipline represents a rich tradition of commander-run accountability for service-member misconduct constrained by constitutional due process rights, such as the presumption of innocence and an impartial judge and jury.

While not perfect, courts-martial have rightly earned Americans' trust, providing reassurance our young men and women who bravely join our all-volunteer force will be treated fairly and justly, and criminality will be appropriately punished.

This system is in jeopardy today. Its health is threatened by a disease that has been famously called "the mortal enemy of military justice" -– the insidious cancer of unlawful command influence.

The disease is one in which high-ranking military commanders, who wield the power to decide whom to prosecute and what to prosecute them for, abuse that power by also doing their best to influence both the adjudication of guilt and the ultimate punishment. While the first decisions are fine -– commanders have wielded sole prosecutorial power in the nation's military since its birth -– the latter is not.

Once commanders set the military justice system in motion by deciding to prosecute a subordinate for a particular crime, they are not allowed to dictate the outcome of trial, either at conviction stage or sentencing.

The U.S. military shamefully once allowed this, by essentially letting commanders act as prosecutor, judge, jury, and executioner. That grossly unfair system was significantly overhauled in 1951 when Congress created the modern Uniform Code of Military Justice, and in it expressly prohibited commanders from trying to influence military jury members.

This alignment of the military justice system with the U.S. Constitution also eventually included the addition of judicial oversight of trials and an appellate court structure topped by a body consisting of civilian judges -– all measures designed to keep commanders out of the courtroom.

Such significant procedural safeguards were mandated by Congress because in the military, where obedience to orders is integral to military effectiveness, a commander's offhand comment that a military member be put in jail or kicked out of the military has serious repercussions.

The same commander who decides to prosecute their subordinate for an alleged crime also gets to pick the jury members who will decide that member's fate. But they don't get to tell the jurors how to decide.

Because just like every military member, military jurors are inculcated to obey orders and respect their commanders; hence there's a danger jurors will convict and sentence a fellow service member because that's what their commander wants, instead of on the evidence as the Constitution demands.

This phenomenon of unlawful command influence has been brought into stark relief in the case of Sgt. Bowe Bergdahl. (Bergdahl is the soldier with the Alaska-based 4th Brigade Combat Team (Airborne), 25th Infantry Division who left his battalion in Afghanistan,  was captured by the Taliban in 2009 and held for five years).

No matter what your opinion is of him personally, as an American he deserves the same due process, the same fair application of justice, that is warranted to everyone in America, whether in or out of uniform –- because that's what this great nation stands for.

Neither a criminal justice system, nor a country, can call itself fair if it applies different rules to those it doesn't like. Which means that the rule prohibiting unlawful command influence should act to protect Bergdahl by requiring the immediate dismissal of his case.

Why? Because the most powerful commander of them all —the commander in chief — has unfortunately influenced Sgt. Bergdahl's court-martial, and by doing so jeopardized the credibility of the entire military justice system.

On the campaign trail, then-candidate Trump repeatedly, and publicly, condemned Bergdahl as a traitor, and variously called for his execution by firing squad and by being pushed out of an airplane. This was not a one-off event; candidate Trump made his conclusion that Bergdahl is a traitor and should be executed a campaign meme, returning over and over to the same rhetoric.

Trump has never disavowed these comments. While it is true he hasn't repeated them in the few short months he's been in office, that's because he doesn't have to -– he knows he has already sent a very loud, very clear and very powerful message to his military subordinates (many of whom voted for him) he wants Bergdahl convicted and given the harshest punishment possible.

Fellow Americans, that is the evil that Congress sought to prevent in the 1950s.

[Judge says Trump's words did not prejudice case against Bergdahl]

Bergdahl's defense has already tried to get this case dismissed on these grounds. However, not surprisingly, the military judge and Army appellate court (also consisting of active-duty military members) have declined to cross their commander-in-chief in that manner.

So due process — the injustice that Trump's comments on the campaign trail are wreaking not just on Bergdahl's court-martial but on the integrity of the entire military justice system — seems to hang solely in the hands of the military's highest appellate court. Yet this body can easily take a wait-and-see approach on the defense team's pretrial appeal, and allow the court-martial process to continue its inexorable erosion of the credibility of the military justice system.

The American public doesn't have to wait for a judicial remedy. Along with a small, select number of generals, the Secretary of Defense, former Gen. James Mattis, can dismiss Bergdahl's case tomorrow.

But the best person to remedy this ill is the president himself. Trump has recently shown himself capable of taking decisive action.

While he was well within his rights to make the comments he did regarding Bergdahl on the campaign trial – which likely helped him win the White House – he now has to take responsibility for those comments and their pernicious effects on the military justice system. He can only make things right by dismissing the case in the interests of military justice.

Don't worry. Bergdahl has been and will continue to be punished for the dangerously flawed and mentally ill reasoning he demonstrated almost 10 years ago in Afghanistan. Five years of captivity punctuated by torture are far, far worse than anything some court-martial can mete out.

Americans must not risk the fairness, credibility and integrity of the military justice system simply to wring another pound of flesh out of this sick figure. The military's criminal justice system is bigger and better than Bergdahl, and shouldn't be sacrificed in the process of a case of retribution on steroids in the shadow of the ultimate commander's clear desires.

Trump, show you believe in justice, and you have the fortitude and courage to dismiss this case.

Rachel VanLandingham and Joshua Kastenberg are both retired Air Force lieutenant colonels and former military lawyers (judge advocates) with more than 40 years of combined military legal experience. VanLandingham is now a professor at Southwestern Law School and vice president of the National Institute of Military Justice.  Kastenberg recently served as a military judge and is a professor at the University of New Mexico.