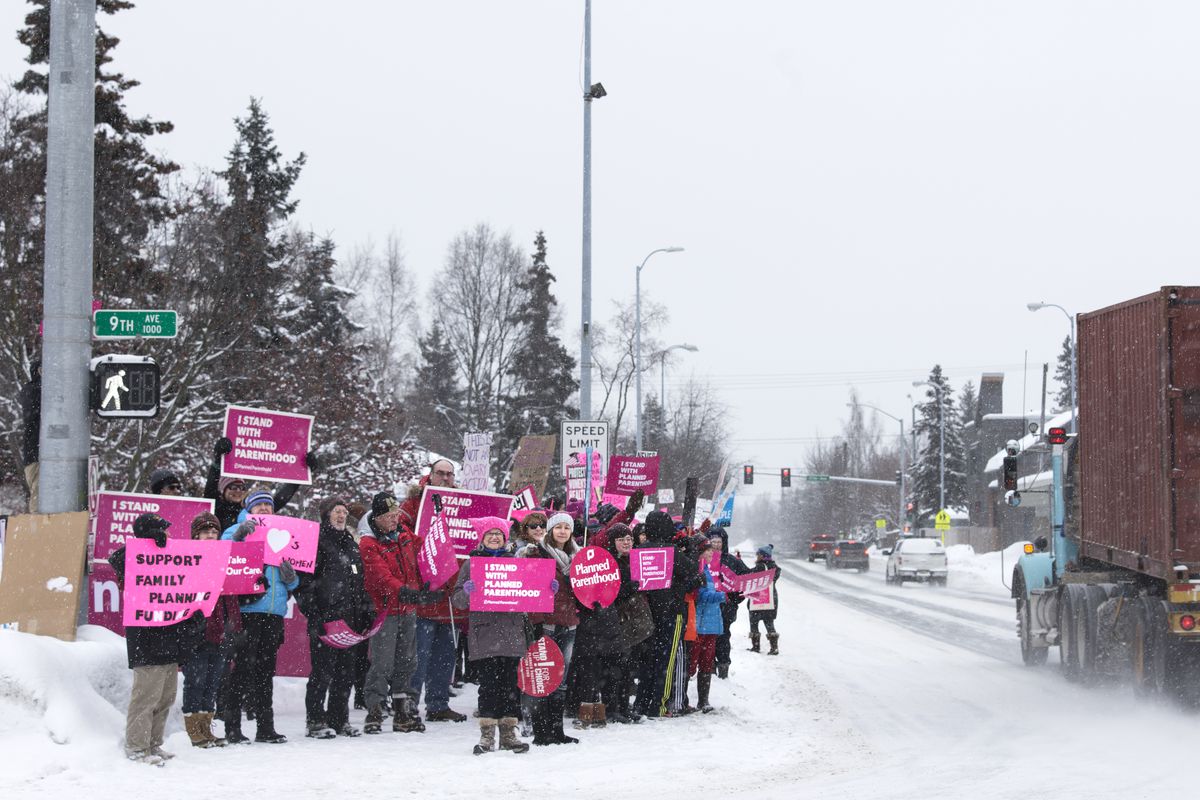 I was 22 years old and had recently moved to a big city for my first job in the adult world. It was also the first place I had lived outside of my small hometown or the bubble of college life. I don't remember when I first noticed my swelling abdomen, but when strangers on the street began to publicly congratulate me on a nonexistent pregnancy, the growing mass was something I could no longer deny.

I was new to the city and had no idea how to find a doctor who could see me quickly, let alone one that I could afford on my entry-level, nonprofit employee's salary.

Like millions of others, I turned to Planned Parenthood.

I knew at Planned Parenthood I would not wait long to see a provider. And most importantly, I would not be judged for having been too fearful to address the problem earlier than I did. As a young woman facing a reproductive health crisis, I knew Planned Parenthood was a safe space created for me. I could get an appointment in less than a week.

[Planned Parenthood is vital in Alaska]

My Planned Parenthood health providers treated me with expert, compassionate care. They confirmed that I was not pregnant, and initial exams found a mass enveloping my right ovary. They also worked quickly to connect me to lifesaving cancer treatment.

A week later, an obstetrician-gynecologist confirmed the tumor and removed the football-sized mass, along with my right ovary. The surgeon could save my left ovary. I was so grateful to wake up to the news that I would likely still be able to have children. In a fit of excitement, I even told the doctor I would name my future son after him.

I made good on that promise — twice; my sons share the name of the doctor who made them possible.

Had that process taken any longer, I am certain I would have never had my three children. My other ovary would have been taken over by the tumor.

The health care system is utterly overwhelming, especially when you are first starting out. Add to that the societal judgment that swirls around anything to do with female reproductive issues and it all feels paralyzing.

It is so incredibly important that others have access to the same services that saved my fertility and gave me the three most important things in my life – Elias Caleb, Caleb Richard and Sunna Dora.

We are now facing the worst legislation for women's health in a generation. The president's proposed budget specifically targets Planned Parenthood for the first time in history, and the bill passed by the U.S. House would cause 23 million Americans to lose insurance, according to the Congressional Budget Office.

The idea that federally qualified health centers could replace the reproductive services offered by Planned Parenthood is laughable – especially under the House bill, which will undoubtedly cause our emergency rooms and urgent care clinics to fill up with people who should have seen a physician far sooner, but didn't for lack of insurance. How long would I have had to wait to see a doctor under this scenario? Would I still have my children?

In a stunning about-face, Rep. Don Young voted for the legislation that would strip health care from 62,000 Alaskans. He callously said he traded his vote on the health care bill so he might curry favor with other representatives. I sure hope that Sens. Lisa Murkowski and Dan Sullivan keep Alaskans' interest – not their own personal power – in mind as the U.S. Senate works to craft its own health care legislation.

Emily Ferry lives in Juneau and is the mother of three children, two of whom are named Caleb.