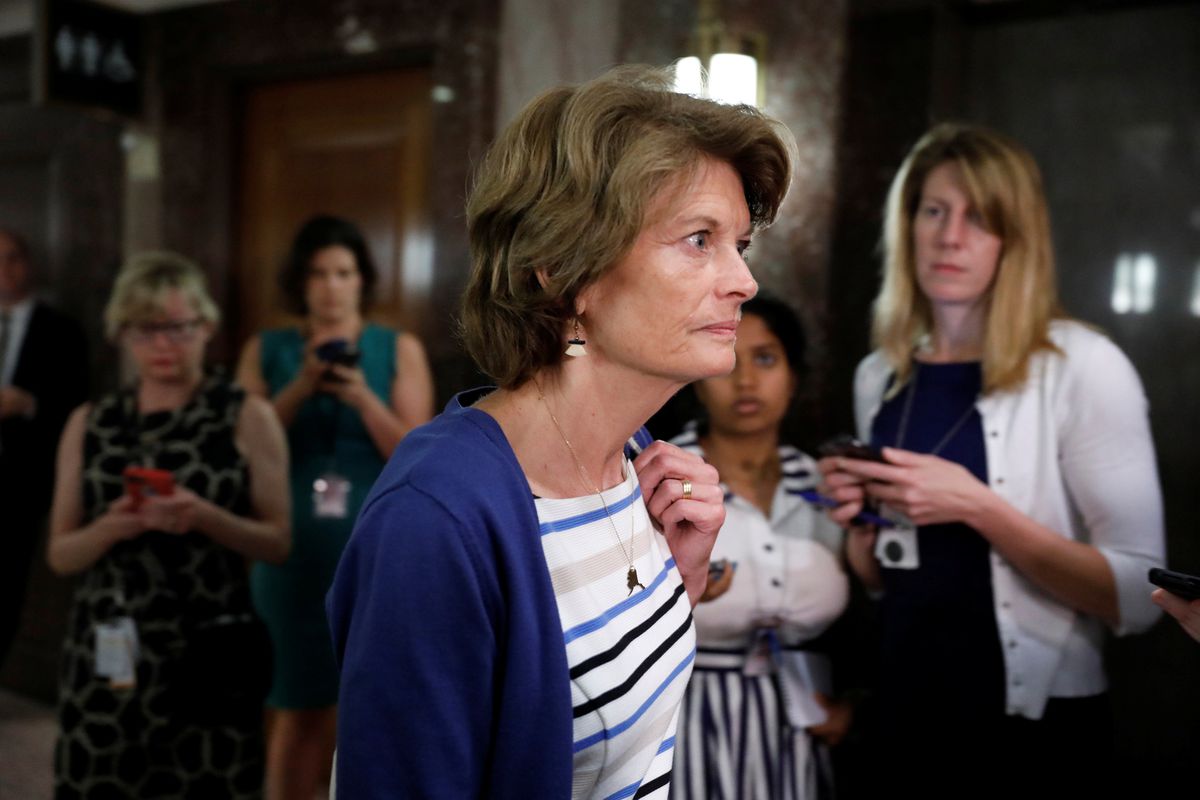 The classic short story "Button Button," written by Richard Matheson in 1953 and adapted to TV and movies, tells of a mysterious man who offers an unsuspecting couple a wooden box with a button on top.

If they press the button, the mystery man promises, they will receive a huge fortune, but somebody they don't know will die. Along with questioning the validity of the claim, the couple wrestles with the moral implications: Could they ethically make this decision to profit if it comes at the cost of the life of another?

The only thing that makes it more than an easy "no" is the way that this moral dilemma places distance between the couple and the victim. "It could be anyone," says the mystery man. "All we guarantee is that you don't know them. And, of course, that you wouldn't have to watch them die." Distance diminishes compassion.

[On Twitter, Trump criticizes Murkowski over her health care vote]

The arguments to repeal the Affordable Care Act without a replacement use very much the same strategy: Place enough distance between ourselves and the affected, and the decision to do harm becomes palatable.

We have all heard the reports that more than 30 million people would lose coverage under a repeal. But we don't connect with this fact on a deep level — 30 million seems so large, we are able to remain distanced from it.

Also, it's in some far-off future — a distance of time that removes the human face. And for those doing the actual voting, of course, there is a distance of impact, in that the senators will retain their excellent benefits.

In the attempt to gather support, many senators will be offered money for their states. Alaska Sen. Lisa Murkowski was offered the "Kodiak Kickback," approaching $2 billion in exchange for her support.

That argument seemed to say, "people will die, but not in your state… Distance diminishes compassion." But she stayed strong: She refused to push the button, which would have brought a huge fortune at the cost of human life far away.

This is encouraging, but questions remain. Murkowski said, "I voted no on the motion to proceed today because I didn't think that we were ready for the debate. And I have said pretty consistently that process really does matter…"

In this situation, which is literally life or death for millions of people, why is process a more compelling argument than compassion? Only because we continue to allow ourselves distance from those who will be the victims of our choice.

We lie to ourselves that we don't know them, and that we won't have to watch them die.

That distance is an illusion, in more ways than one. In the original story, the victim ends up being someone very near and dear. And in reality, this is also the case.

And if by some mathematical miracle that is not the case, and none of the 30 million is someone you care about, does that matter? Does distance from the victim free us of responsibility to show compassion?

The Senate is now immersed in amendments and debate, in which votes are being parlayed and purchased in exchange for local favors. "I have to do what is best for my state" goes the usual argument.

But this argument is ethically wrong. It is immoral to grab a benefit for your own state if it comes at the cost of a human life in another. It is immoral to press that button for a local fortune when it costs someone far away their life.

Distance may diminish compassion, but it does not diminish duty.