40 years of Prudhoe Bay oil: Here’s to the people who made it happen 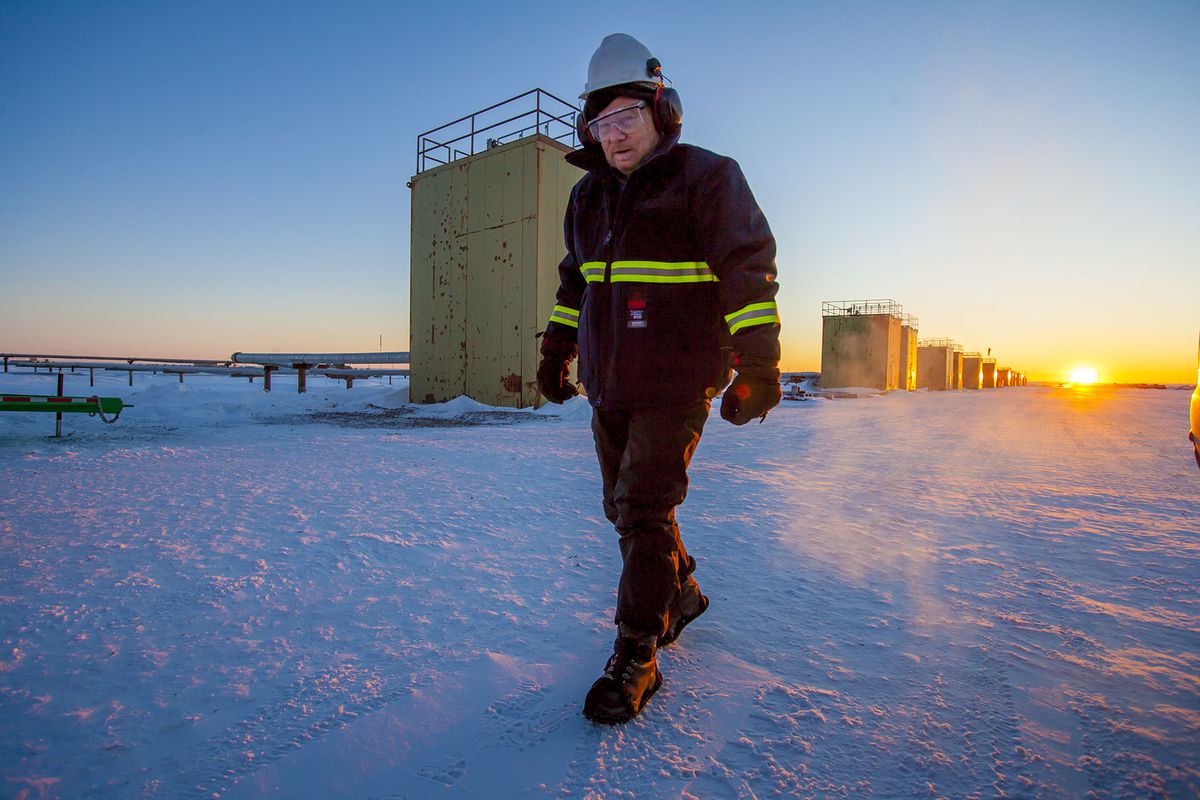 The 40th anniversary of production from the Prudhoe Bay field — which, along with other North Slope fields, has yielded 17 billion barrels of oil since 1977 —has given us an opportunity to reflect upon this landmark achievement and pay tribute to the thousands of people who made it possible.

In the spring of 1974, I became a technical writer with Bechtel Inc. when the pipeline camps from Valdez to Prudhoe Bay were under construction. Fresh out of the University of Alaska Fairbanks with a degree in journalism, it was the start of my involvement with Alaska's oil and gas industry — a career that lasted 40 years.

Day after day in 1974, about every 60 minutes, a Hercules aircraft (C-130) left the Fairbanks airport bound for Prudhoe Bay, loaded with oil field drilling equipment and supplies.

With the completion of the pipeline camps and the haul road from Livengood (near the Yukon River) to Prudhoe Bay (now called the Dalton Highway), I was fortunate enough to land a job with Alyeska Pipeline Service Co. in Anchorage as a writer for both internal and external publications.

Construction of the $8 billion, 800-mile pipeline was such a large project that it had to be divided into six smaller projects, or sections. Each of the pipeline systems' major components — the mainline valves, bridges, 11 pump stations and Valdez Terminal — were megaprojects in themselves.

As these historic projects advanced, I felt extremely lucky to be chronicling the events in Alyeska publications called The Campfollower and Alyeska Reports.

I'll never forget the excitement and anticipation on the morning of June 20, 1977, as the first barrels of Prudhoe oil entered the pipeline. People from all over the world called Alyeska's office asking when the "oil front" would reach Valdez. Major bets had been placed. In truth, none of us — even the technical folks — were sure how long it would take.

At Alyeska we were told that when pipeline construction was completed and oil flowed, most of our jobs would be eliminated. It was difficult leaving a company full of folks who had pulled off such an incredible engineering and construction feat.

But I lucked out again in 1978 and got on with BP's public affairs department in Anchorage. Some of the largest barge sealifts in North Slope history were underway as Prudhoe Bay oil production ramped up and field facilities were expanded. I recall more than 20 major sealifts in as many years that transported oil field camps, modules and other oil production equipment.

As a journalist at BP among drillers, engineers, scientists and other technical people, I often felt like a square peg in a round hole. But as I learned more about the process of drilling and producing oil, I acquired a keen fascination for the remarkable people doing these jobs.

This was the most rewarding part of my career. For decades, I wrote stories about people who relentlessly strived to develop new seismic survey and data interpretation technology to pinpoint pockets of oil missed in early field developments. The power of computers that once filled rooms now sat on these employees' desktops.

My stories focused on those who pioneered directional, extended-reach and multilateral drilling, along with more efficient oil well-completion strategies. Articles were about people who developed advanced oil recovery techniques using water and gas injection that added billions of barrels of recoverable oil to what was originally calculated.

My stories were about people in Anchorage and in the Slope processing facilities who came up with ingenious ways to efficiently and safely deal with the challenges of processing larger volumes of water and gas with the oil — symptomatic of a maturing oil field.

And there were so many others with compelling stories too numerous to mention that I reported on for company newsletters, brochures and finally, websites. But here is the crux of it: The people at BP and other companies who I wrote about, the people who made history in Alaska and charted a new course for its future, were and are today indefatigable problem-solvers. I loved seeing engineers' eyes light up when discussing a breakthrough in extracting a challenging new resource such as heavy oil, or discovering how to delineate oil formations within faulted and complex subsurface reservoirs.

They often struggled with constrained budgets and their projects were sometimes shelved. But they remained undaunted. They never stopped trying to figure out new ways of squeezing more oil from the North Slope, improving operational efficiency and safety.

I witnessed this dedication and can-do spirit over and over again, from my first days on the pipeline in the 1970s until my last day on the job with BP in 2015.  I feel extremely privileged to have known and worked with so many skilled and creative people who, along with their professional duties, always made time to volunteer for projects and programs that have greatly enhanced education and the quality of life in our state's communities.

My experiences with BP took me to quite a few countries, but on a visit to London several years ago I had the opportunity to speak briefly with the company's then-chief executive officer, John Browne. He asked me about my job and I told him that I wrote about engineers and scientists in the offices and technicians and other workers in the field — the people who got things done and made money for the company. I told him that I thought any company, no matter what its size or business, should always recognize these people and communicate their contributions and achievements throughout their respective organizations. He agreed.

I'm not sure Alaska's relatively transient population will ever really get to know our state's key industry and the people within it. That's why I believe in the need for more stories about the people who have made all of this happen and who quite possibly, with an estimated 40-50 billion barrels of undeveloped oil on the North Slope (onshore and offshore), will someday put more of it in the pipeline and resurrect our state's flagging economy.

It's all about determination. That's the most valuable lesson I learned from the people I worked with for 40 years. The belief you can do anything, even when others say you can't.

A lifetime Alaskan, Frank E. Baker worked as a writer for Bechtel Inc., Alyeska Pipeline Service Co., BP and Petrotechnical Resources of Alaska (PRA) from 1974 until 2015.