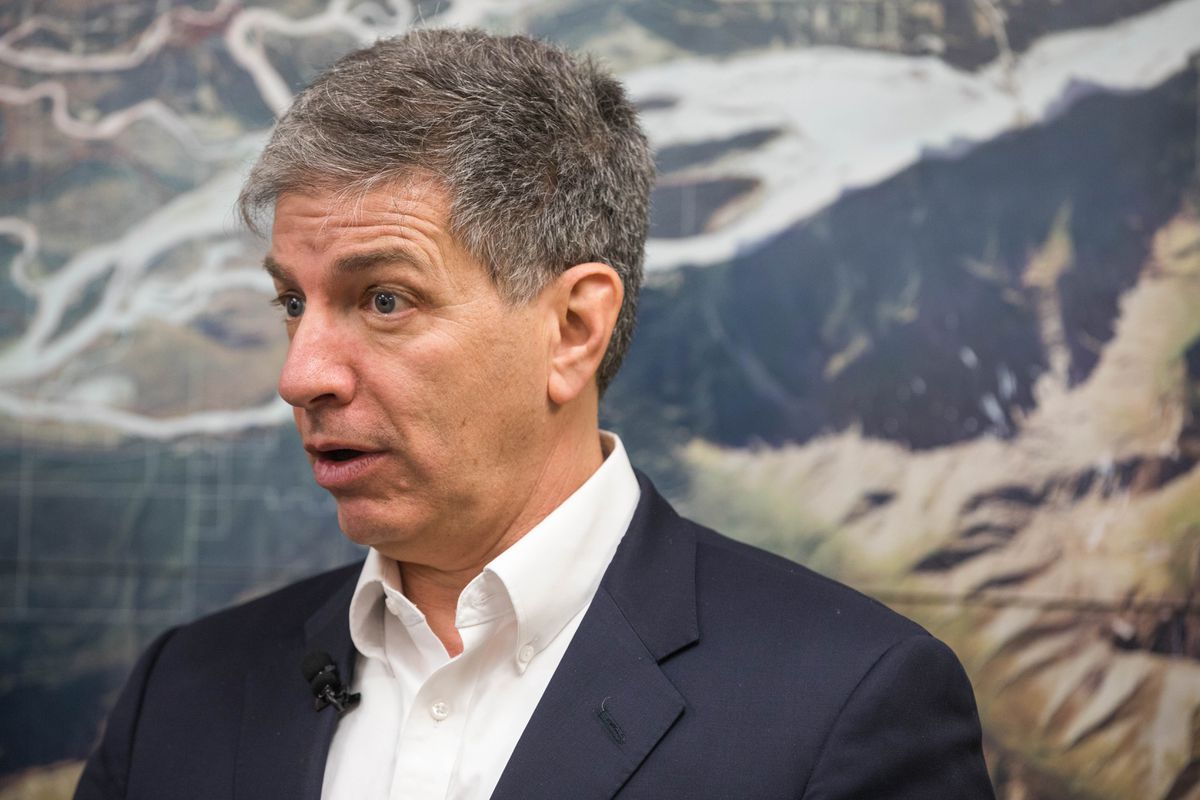 Mayor Ethan Berkowitz holds the high ground going into next spring's election. Local government conservatives remain in disarray three years after their rout over a labor law known as AO 37.

It wasn't apparent at the time, but then-Mayor Dan Sullivan seems to have led his side into an extended eclipse. Berkowitz's strong position is buttressed by a solidly progressive Assembly with no prospect of that changing.

Demographics contributed to the turn of the tables, with trends of youth and diversity flipping more neighborhoods from red to blue. But the conservatives also did it to themselves.

Looking at the potential match-ups in next April's mayoral election illustrates the situation.

Assuming he runs — which is a safe bet, as he told me Monday he loves the job — Berkowitz would go into election season with popularity, control of the agenda, and the fundraising benefits of incumbency.

His vulnerabilities all have answers. The most important is crime.

A year ago, Anchorage was worried about a serial killer. The Anchorage Police Department projected an aura of defensiveness and secrecy under its chief at the time.

But worries change. This summer, we're in a panic about bears, and that can't be the mayor's fault.

A repeat killer was shot by police, a new chief is in the job and Berkowitz is adding officers as fast as he can.

He will be able to credibly blame the opioid crisis and state law changes for public worries about crime. And he can blame his predecessor and most likely opponent for APD's weakness.

Mayor Dan Sullivan, in his zeal to hold down property taxes, let police numbers drop dangerously. Unfortunately for him, no one remembers their tax bill from three years ago, but homeowners remain aware of feeling unsafe because there aren't enough cops.

Sullivan has a lot of vulnerabilities. The city computer fiasco alone is enough to end any political career.

Outside studies of the project found the problems were caused by mismanagement. A Berkowitz study indicated that the first $40 million and four years of work were wasted.

This is an Alaska-scale disaster. Much larger cities had their own implementation foul-ups with SAP that still were not as expensive as ours.

I can't grasp how you could spend $81 million on a computer program. What were these people doing? How could a mayor pay out this amount of money without finding out if anything productive was being accomplished?

Sullivan said Monday he hasn't decided if he will run, but he has sent signals he is seriously considering it. Other Republicans are waiting to see if he does. In the past, Sullivan has weighed decisions to run for a long time, including when his final decision has been no.

It is surely tempting. Being mayor is a great job. Two men have tried to come back to it after leaving for a term, Tom Fink in 1997 and Rick Mystrom in 2003.

Voters don't like retreads. They finished the political aspirations of both.

The only advantage challengers have over incumbents is a clean slate. They can attack a current incumbent's record and don't have to defend their own. A past incumbent trying to return gives up even this modest advantage.

If he runs, Sullivan will have to answer a lot of tough questions.

Besides issues, the other major balance of forces in the coming election is voter turnout. Each side has its own assets.

Conservatives will be hoping a "bathroom bill" initiative focused against transgender people will bring out their voters.

[Anchorage 'bathroom bill' will appear on the April 2018 ballot]

Will a conservative voter turnout happen again, benefiting Sullivan? There's no way of knowing until the votes are counted. Polls don't work well on these issues. But perhaps not. The world has changed in five years.

If LGBT-rights groups nationally invest in an Anchorage initiative campaign, it could bring out a surge of progressive voters.

The AO 37 vote in 2014 brought out progressive voters. That surge has never completely abated and still helps decide our political path.

Using a process many interpreted as sneaky and unfair, Sullivan tried to push through an ordinance that would have greatly weakened municipal worker labor rights. It was his biggest political mistake.

Anchorage unions mobilized as if their lives depended on it — which they arguably did — repealed the law through initiative, and dominated following Assembly elections. Those voters are still turning out. Union political operatives have perfected their operation on the local level.

Berkowitz benefited from that support in 2015, and from a lot of luck.

Dan Coffey, originally considered his strongest opponent, released a load of negative information about himself, crippling his own candidacy. What was that strategy meeting like?

Andrew Halcro came in third, endorsed Berkowitz in the runoff and became an important part of his administration.

Assembly member Amy Demboski made it to the runoff, but ran so far to the right that mainstream conservatives began switching to Berkowitz. Today it's hard to imagine her winning any election outside Eagle River.

Who's available to challenge the mayor if Sullivan doesn't run? Various names are circulating but none are likely to get into the race as long as Sullivan is testing the waters. And that's good news for Berkowitz's re-election chances.