A Western disease is on the rise 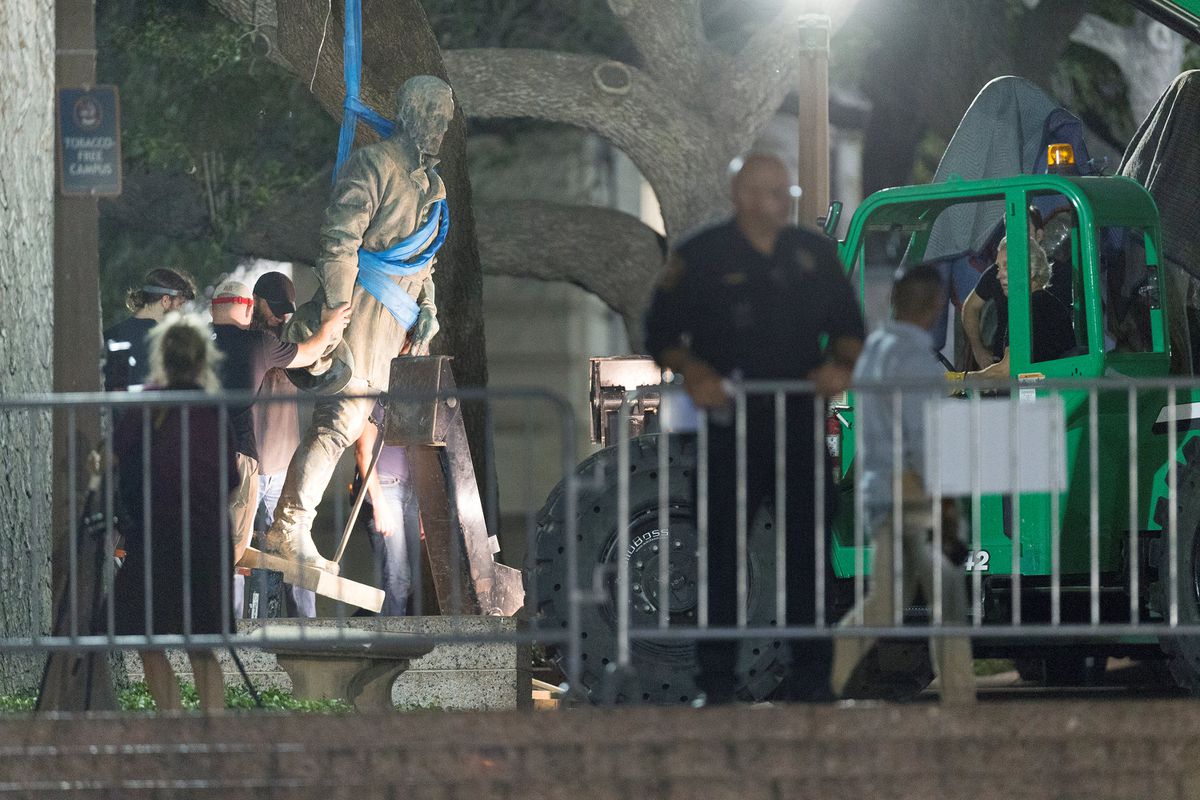 The virus seems to be approaching its breakout phase. We could be looking at a full-scale epidemic here.

Nope. We don't have a great word for this sickness yet. "Iconoclasm" — i.e., the destruction of images and monuments that offend this mob or that — comes close, but the toppling of statues is just one acute symptom of the fever.

Indeed, the fight over Confederate statues is just a discrete and more understandable eruption of the larger trend. This stuff has been happening for decades.

One of the first outbreaks involved the word "crusader." The term hurt the feelings of people who didn't know what they didn't know. Left-wing historians (and the Islamists who love them) convinced themselves that the Crusades were a trial run of Western imperialism and colonialism.

They were, in fact, largely defensive wars intended to beat back the aggression of Muslim colonizers. Even the organization Campus Crusade for Christ changed its name to "Cru," lest people get the wrong impression.

Sports teams — most famously the Washington, D.C., NFL Franchise That Dare Not Speak Its Name — have been under increasing pressure to drop any association with Native Americans.

Columbus Day is outré. And statues of Christopher Columbus may be heading to the pyre, if recent developments in New York City are any indication.

[Analysis: On Confederate monuments, the public stands with Trump]

My National Review colleague Kyle Smith reports that Mayor Bill de Blasio has ordered a 90-day review of "all statues and monuments that in any way may suggest hate or division or racism, anti-Semitism — any kind of message that is against the values of New York City."

Translation: de Blasio wants a carefully composed list of stuff to tear down.

Orderliness is the one concession de Blasio's brand of progressivism demands of the mob.

But fear not, de Blasio has made it clear the iconic statue of Columbus in New York's Columbus Circle is "obviously … one of the ones that will get very immediate attention because of the tremendous concerns about it."

What's next, Smith wonders — Columbia University? The District of Columbia?

In New York, the drive to purge Columbus from the historical memory (save as a pioneer of imperialism, racism and genocide) is gaining newfound momentum.

"There obviously has been ongoing dialogue and debate in the Caribbean — particularly in Puerto Rico, where I'm from — about this same conversation that there should be no monument or statue of Christopher Columbus based on what he signifies to the native population … (the) oppression and everything that he brought with him," Melissa Mark-Viverito, speaker of the New York City Council, said this week.

I wonder what Colombians think about all this.

What fascinates me about this civilizational auto-immune disorder is how superficial it is. Mark-Viverito is from Puerto Rico. More than 95 percent of the people there speak Spanish. The dominant religion of Puerto Rico is Catholicism (85 percent).

As far as I can tell, Mark-Viverito, who is of mixed European ancestry (her mother, Elizabeth Viverito, was of Italian descent and a prominent Puerto Rican feminist; her father, Anthony Mark, was a prominent doctor), does not speak Taino, the native language of the Arawak tribes who inhabited Puerto Rico when Columbus arrived.

Rather, she speaks the languages of her alleged oppressors — Spanish and, of course, English. She even attended Columbia University. I could find no mention on the internet that she has burned her diploma in protest.

My point is not that the world ushered in by Columbu has been very good to Mark-Viverito, though it obviously has. It is that toppling some statues or even incanting some nonsense about "cultural appropriation" cannot separate the iconoclasts from the culture they live in.

The mobs of students — and their enabling professors and administrators — renaming buildings and bowdlerizing the language are still products of Western civilization.

Even the poseurs who think Googling a few phrases from Karl Marx and wearing a Che Guevara T-shirt make them anti-colonialists are disciples of Western thinkers. Where does Mark-Viverito think her mother's feminism came from? The Arawaks?

For centuries, to the extent that educated Muslims talked about the Crusades at all, it was to boast about how they emerged victorious from them. But Osama bin Laden and his ilk read too much Noam Chomsky and caught the Western disease of victimization and resentment.

That is the plague sweeping the land now. And tearing down some statues and renaming some streets isn't a cure, it's a symptom.

Jonah Goldberg is a fellow at the American Enterprise Institute and a senior editor of National Review. Email at goldbergcolumn@gmail.com, or via Twitter @JonahNRO.

Jonah Goldberg is editor-in-chief of The Dispatch and the host of The Remnant podcast. He's the author of "Suicide of the West: How the Rebirth of Tribalism, Populism, Nationalism, and Identity Politics is Destroying American Democracy." Email goldbergcolumn@gmail.com