Take science over the rapture barkers 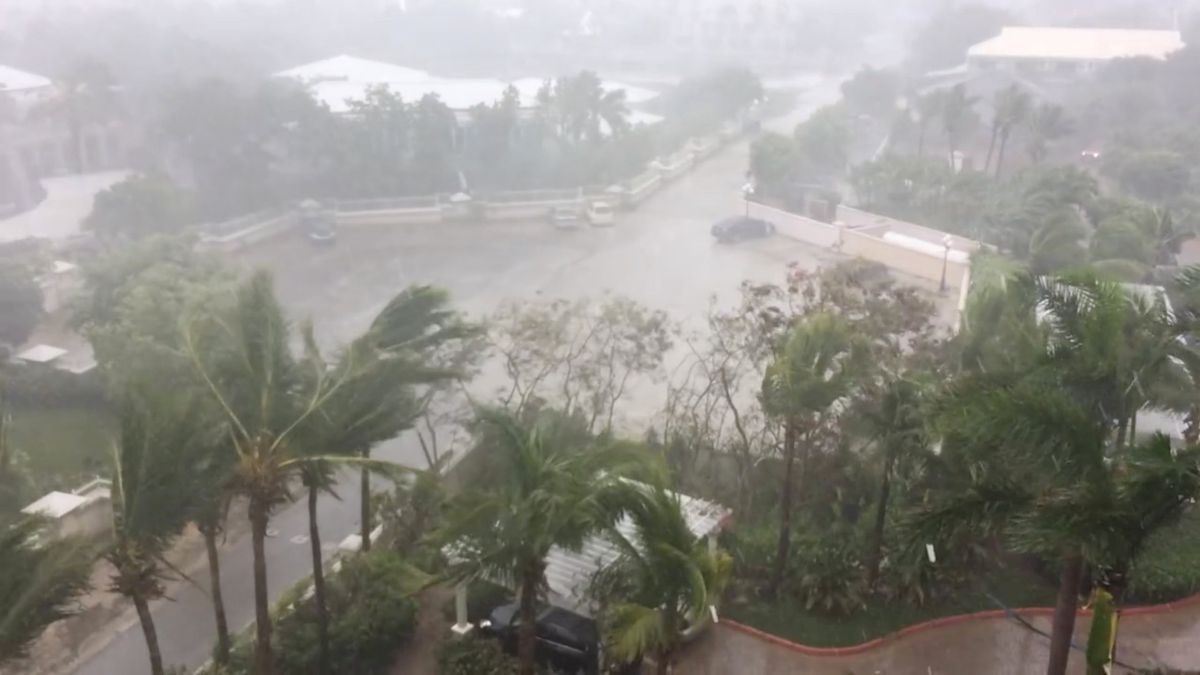 Hurricane Irma descends on Providenciales, in the Turks and Caicos Islands, in this still image taken from a Thursday social media video. (Aneesa Khan/via REUTERS)

Hurricane Irma descends on Providenciales, in the Turks and Caicos Islands, in this still image taken from a Thursday social media video. (Aneesa Khan/via REUTERS)

I don't know how old I was when the rapture insurance salesman came to my church. He was pretty slick. For not a particularly tall man, he had a big voice that sounded more like the booming guy who does movie trailers. He had charts with newspaper clippings that had red threads connecting to passages of the book of Revelation. I'm not sure why he was even allowed to speak, but he was a sweet talker and had made his way to the front of our little congregation of free-range Christians.

A woman named Rita was the one who called his bogus line of bull for what it was. She was an older lady with red fingernails and was divorced. A scandal in our midst who was sounding the alarm to protect the flock. I liked her.

Rapture insurance is for sale online. What started as a hoax is now a service offered for pet owners. "If you believe there is a coming Rapture, and you love your pets, it becomes serious. And that's what we are — serious about the safety and care of your pets, as well as your peace of mind." Certified atheists will take care of your pets if you are swept away on Judgment Day. How they are certified is not exactly clear, but you won't have to worry about your cat, dog, monkey or hamster while dancing on the streets of gold. Hallelujah!

The last few weeks have felt like we're just short of the Nile turning to blood again or locusts descending in giant clouds. We keep hearing "biblical proportions" to describe hurricanes, floods and fires. It's hard living so far from family and friends who are in peril, wishing we could help.

Since Harvey hit Houston, several churches have filed in court against the Federal Emergency Management Agency. They are challenging the policy that has been in place that bans them from being awarded relief because they are churches. Yes. The tax-exempt religious institutions want the government to bail them out. I guess they didn't get the memo about building an ark, or want to argue with "acts of God."

There are a few Alaskans who have little sympathy for the folks in hurricane alley. "Why would you build in a floodplain, anyway?" Really? We live in Alaska and I'm looking at a giant volcano as I type this. We've registered the biggest earthquake in North America, and a lot of folks, including our governor, will take an hour to tell you what that five minutes of shaking was like. We will have another turn. We have wildfires bigger than some states. Granted, some states are so small you wonder if they weren't created just to give some sort of scale of disaster. For instance, "Hurricane Irma is now the size of Ohio," was said before it got bigger.

We don't need rapture insurance, we need science. I'm pretty sure the rapture happened a hundred years ago and it only took four people who were worthy and no one noticed. Science, on the other hand, has done some pretty neat stuff. Antibiotics, for instance. Mechanical limbs. Oh, and being able to warn people about storms so if they can afford to get out of the way, they can.

This week the administrator for the Environmental Protection Agency, Scott Pruitt, was interviewed. He said that with Hurricane Irma barreling down on Florida, smashing islands on its way, the time to talk about climate change isn't now. He's right. The time to talk about climate change was a long time ago. Oh, I know: "Fake News!," right? That's what Rush Limbaugh called Irma before he evacuated his Florida home.

We live in a place with a front row seat to climate change. If we don't address it in meaningful ways, require our representation to do something about it, stop denying its existence, then we'd better just hope for the rapture. Don't forget to get someone to watch your pets.