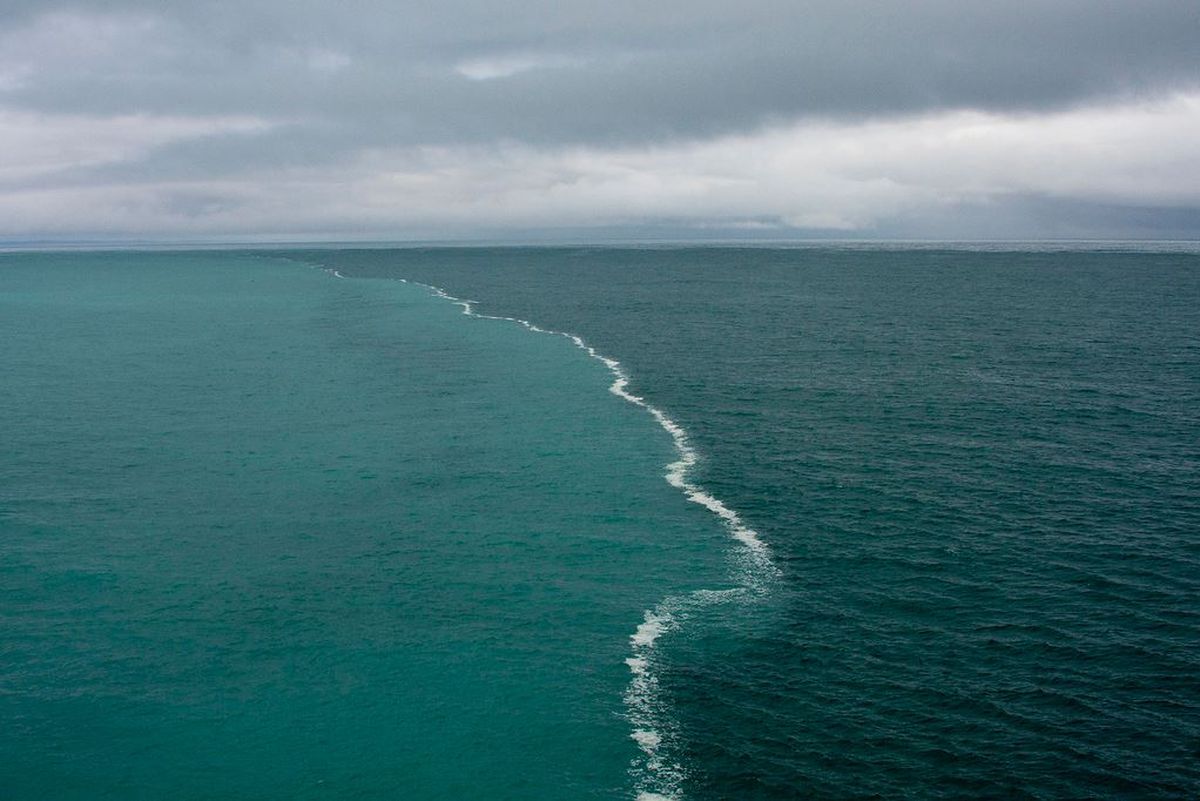 Silty, glacial water instersects with seawater in the Gulf of Alaska during a 2010 cruise. (Kent Smith photo)

Silty, glacial water instersects with seawater in the Gulf of Alaska during a 2010 cruise. (Kent Smith photo)

Gov. Bill Walker has made some difficult yet necessary decisions on budgetary and social issues for Alaska. Kudos for that. But on protecting Alaska's natural environment, Walker has failed miserably.

Even before the Trump election Walker's environmental policies were troubling. But now, instead of standing up to Trump's dark, dystopian, anti-environment policies, Walker has zealously embraced them.

To appreciate the magnitude of Walker's historic assault on Alaska's environment, just connect the dots between some of his environmental decisions:

• Walker supports unethical predator control practices on national park and refuge lands in Alaska, including bear baiting/snaring, killing of bears and cubs in dens, and killing of wolves during denning;

• He persists in efforts to open the Arctic National Wildlife Refuge (ANWR) to oil exploration, risking wildlife and wilderness values;

• Joined other states suing the Environmental Protection Agency (EPA) to stop the "Waters of the United States" rule;

• Joined the lawsuit against the National Park Service for its prohibition on using hovercraft for hunting in National Preserves;

• Dropped the final $92 million claim (made by Gov. Frank Murkowski) against Exxon for long-term environmental damage from the 1989 Exxon Valdez Oil Spill (EVOS);

• His EVOS Trustees declined repeated calls to protect the biologically rich eastern Copper River Delta/Bering River region, and have done nothing to secure additional protections on public lands or waters in the oil spill region (which comprise more than 90 percent of the affected ecosystem).

• He sued the National Marine Fisheries Service (NMFS) to overturn listing of Beringia bearded seals as threatened under the Endangered Species Act (ESA), and lost;

• Asked the Department of Interior to rescind its "Areas of Critical Environmental Concern" (ACECs) in Alaska, and to rescind the Bureau of Land Management's wilderness policy for non-wilderness lands in Alaska;

• Requests that all federal actions under the federal ESA require concurrence by the Alaska Department of Fish & Game (ADFG);

• Proposes to build a road through the wilderness of Izembek National Wildlife Refuge;

• Proposes to make oil industry ice roads across the Arctic coastal plain into year-round roads, and asked the federal government for $300 million to build a permanent road from Utgiagvik (formerly Barrow) to Nuiqsut;

• Ignored requests to station a rescue tug in the Aleutians and Bering Strait;

• Failed to declare unequivocal opposition to Pebble mine in the Bristol Bay watershed;

• Declined repeated calls to appoint non-consumptive representatives to the Board of Game, and today the entire Board is composed solely of hunters/trappers appointed by Walker;

• Declined repeated calls to establish a no-kill wildlife buffer northeast of Denali National Park, despite overwhelming public support including a resolution from the Fairbanks North Star Borough, a petition with 340,000 signatures, and passage of a wolf buffer bill by the Alaska House;

• Opposes ESA listing of the unique Alexander Archipelago wolves, and has authorized killing 20 percent of the remaining population this year;

• Has taken no action whatsoever on climate change in Alaska;

• Opposed an investigation by other states into alleged fraud by Exxon for not disclosing the science on climate change decades ago;

• Declined proposals for the State of Alaska to join the U.S. Climate Alliance;

• Declined to support state establishment of an Alaska Climate Change Response Fund, from a nominal (20 cents/barrel equivalent) assessment on hydrocarbons, and instead has asked the feds to cover Alaska climate costs;

These are all deliberate choices, and Walker obviously considers this good politics. But is this really what Alaskans want? It is troubling to see so many "progressive" Democrats supporting Walker's anti-environment agenda. What happened to an opposition Democratic Party in Alaska, or concessions made to unite the ticket?

Along with sound fiscal and social policy, many Alaskans also want strong environmental stewardship.  With the historic dismantling of federal environmental policy by the Trump administration and Congress, there is now a resurgence of environmental sensibility across the nation, including Alaska.

Hopefully next year's election will restore environmental sustainability as a core Alaska value.

Rick Steiner is a conservation biologist in Anchorage, and was a marine professor with the University of Alaska from 1980-2010.