Be warned : You do not have the right to resist an unlawful arrest 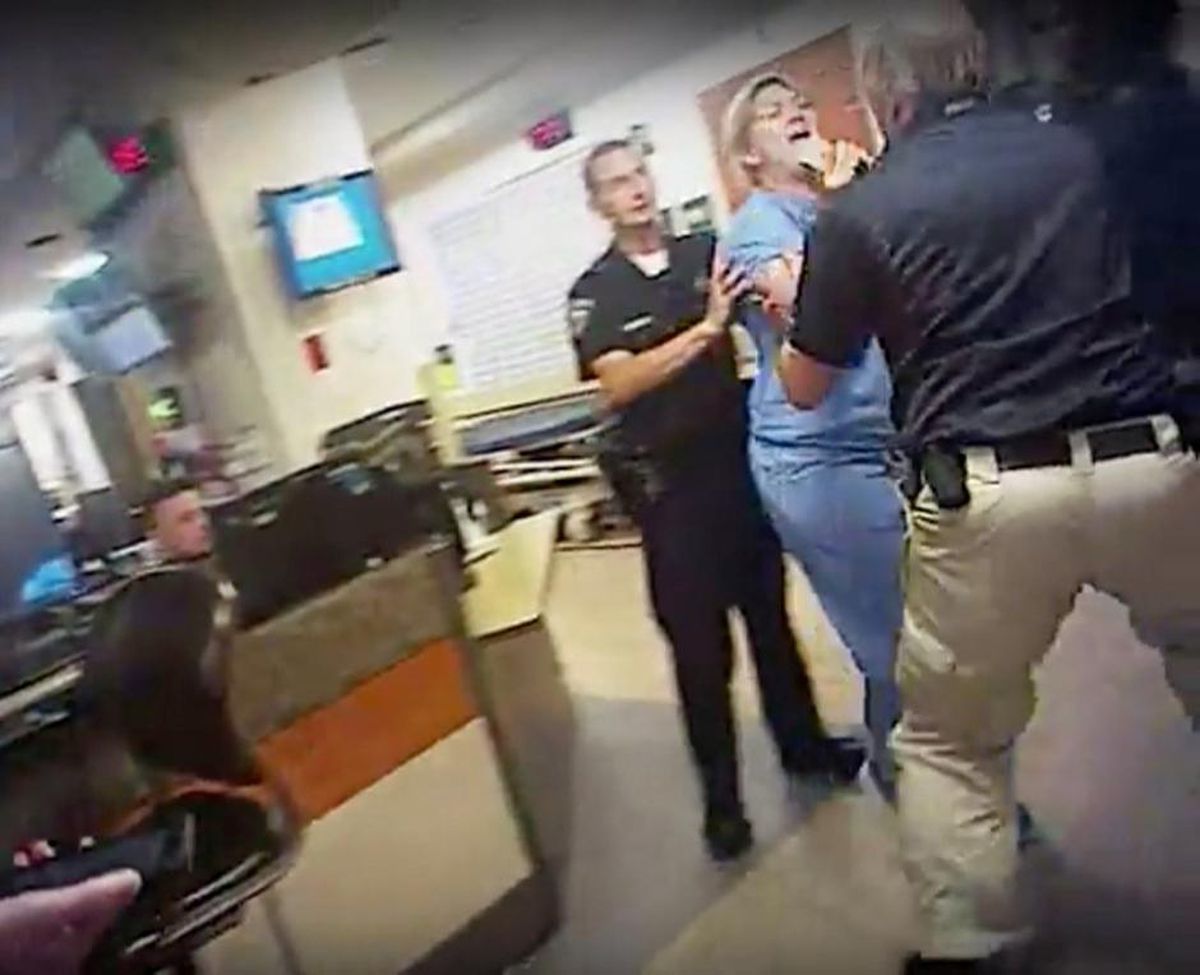 I understand the outrage about Utah police detective Jeff Payne's arrest of nurse Alex Wubbels after she refused to draw blood from an unconscious accident victim this past summer. I watched the video. Payne's conduct is inexcusable.

The victim arrived at the hospital after being struck by a driver fleeing Utah Highway Patrol Troopers. Nurse Wubbels explains to Payne that hospital policy permits a patient blood draw for police only if 1. the patient consents; 2. the patient is under arrest; or 3. the police have an electronic warrant, and none of those circumstances exist. She shows him the written policy, adding the police department agreed to it. Payne confirms Wubbels is not going to do the blood draw and then tells her she's under arrest.

Payne was wrong on so many levels. An electronic warrant can be obtained in minutes. I suspect Payne didn't try because he knew he wouldn't get one since there was no probable cause to believe the victim's blood contained evidence of a crime.

['This is crazy,' sobs Utah nurse as cop roughs her up and arrests her for doing her job]

Payne sounds and looks frustrated when he decides to arrest Wubbels. A civilian review board concluded he "lost control of his emotions."  As a result, in addition to unjustifiably intimidating Wubbels, Payne gave cop bashers new ammo, subjected other officers to a breach in public trust, and exposed his department to potential litigation.

However, in the public excoriation of Payne's conduct, Wubbels' conduct has gone unexamined. Because I fear that could lead to an increased risk of harm to other citizens and officers, I am compelled to write.

Presumably, someone who is a hospital nurse and handles interagency communications has reached an age and position of maturity and professionalism. Wubbels demonstrated that — until the moment she was placed under arrest. At that point, she, too, lost control of her emotions — dramatically. It was like a switch was flipped.

I was put in mind of a 2-year-old. First, they simply assert, "No!" Nurse Wubbels, with more vocabulary, blurted, "You can't arrest me!" When "No!" doesn't work, we've seen 2-year-olds scream and try to wrench free of our grasp — as Wubbels did. When that doesn't work we've seen 2-year-olds go limp and become dead weight, while still crying. As she's being taken in cuffs to Payne's car Wubbels cries, "You're hurting me!" Payne exasperatedly replies, "Then walk!" and Wubbels cries, "No! I have no reason to walk!"

The melodramatic nature of Wubbels' behavior is one of the reasons the video went viral. It is stirring. But its optics, viral attention, and subsequent criticism of only Payne's behavior send a message that it is not only acceptable to resist an arrest one believes is unlawful, but laudable.

In fact, it is illegal in The Last Frontier and imprudent anywhere. Our state Supreme Court ruled in Miller v. State (1969) a private citizen may not use force to resist an arrest regardless of whether the arrest is illegal. The court stated,

"We feel that the legality of a peaceful arrest should be determined by courts of law and not through a trial by battle in the streets. It is not too much to ask that one believing himself unlawfully arrested should submit to the officer and thereafter seek his legal remedies in court."

The court reasoned that if a right to resist an arrest was recognized, it would inevitably increase the danger of escalating violence between officers and the arrestees.

Alaska's Legislature codified the court's decision in AS 11.81.400:

"A person may not use force to resist personal arrest or interfere with the arrest of another by a peace officer who is known by the person, or reasonably appears, to be a peace officer, whether the arrest is lawful or unlawful(.)"

Told she was under arrest, Wubbels should've continued to behave professionally. She would've been well within her rights to have calmly responded, "May I ask what I'm being arrested for?" If that did not have a desired effect, she should've complied with the arrest (which was sorted out in about 20 minutes with her release and no charges). Granted, that likely would've received little attention.

Good can come of this incident if we all take the lessons it holds and learn from them. That is already happening with police. I was at the Alaska Department of Public Safety Academy this September when the commander showed the video to the current class of police recruits. I hope the video will also engage citizens to learn the law governing their conduct as an arrestee and to think of their own and officers' safety.

There is one other possible lesson here for us. If the optics were different, would the public reaction be different? What if instead of a white female nurse, Wubbels had been an unemployed African-American male? Would the outrage against Payne be replaced with comments that, if "he" (the arrestee) had just complied, "he" wouldn't have been hurt?

We may not be color-, class-, and gender-blind, but justice is supposed to be. The law that you do not have the right to resist even an unlawful arrest should apply to everyone equally. I'm certainly not suggesting Nurse Wubbels should be charged with resisting arrest. I'm just saying that prosecutorial discretion regarding the law should be color-, class-, and gender-blind – and I wish public opinion was.

Val Van Brocklin is a former state and federal prosecutor in Alaska who now trains and writes on a range of criminal justice and leadership topics nationwide. She lives in Anchorage. When she's not working, she can be found flying a plane with a shotgun, fly rod, retriever, and high aspirations.