Alaska fisheries thrive — yet industry is on the edge 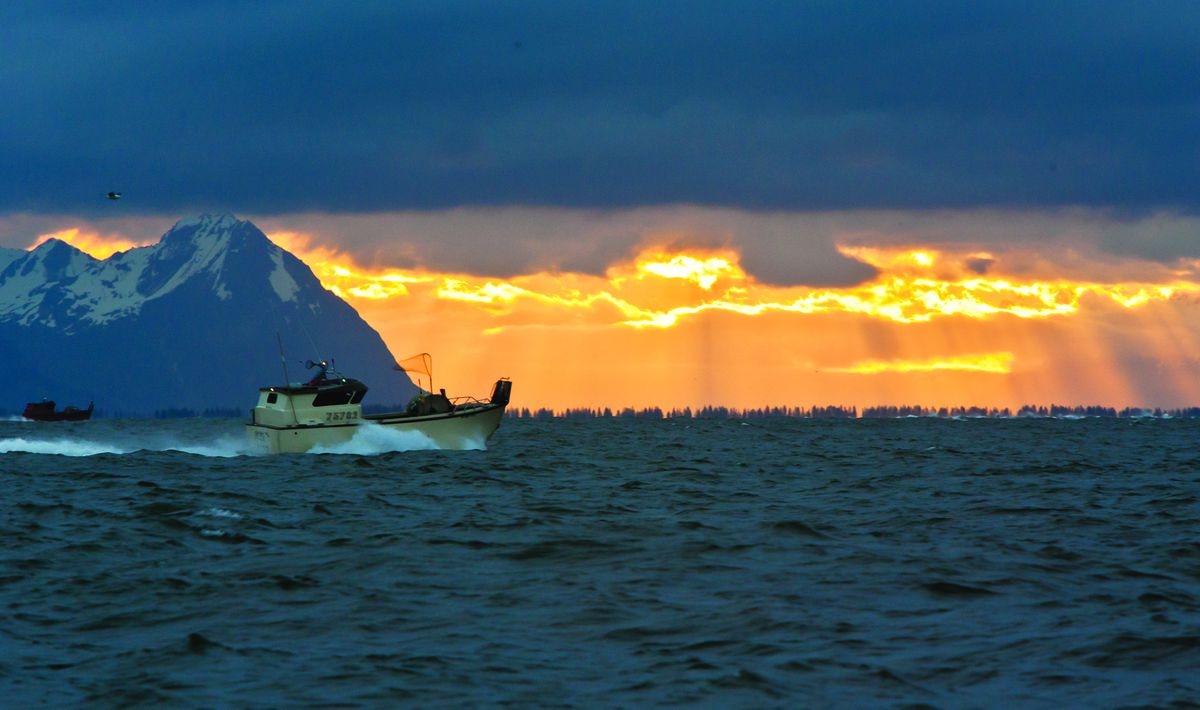 Part of the Copper River commercial fishing fleet heads out onto the delta at sunrise in preparation of the opener on May 16, 2016. This view looks upriver with Flag Point on the Copper River Highway on the left side of the picture. (Bob Martinson / Photoshelter.com)

Part of the Copper River commercial fishing fleet heads out onto the delta at sunrise in preparation of the opener on May 16, 2016. This view looks upriver with Flag Point on the Copper River Highway on the left side of the picture. (Bob Martinson / Photoshelter.com)

It has been a really good year across most of Alaska's commercial fisheries. Salmon prices are up, harvests are good, fuel costs are down, and there's more: The world's appetite for nutritious, wild-caught Alaska fish, caught in clean waters, is growing. Alaskans' track record for managing fisheries in a sustainable manner, both near-shore and further at sea, reinforces our reputation for responsible stewardship. Life is good.

Reflecting on this – what we do right – is important because this part of our state's economy is doing well while other parts, linked to oil, are having problems.

Seafood employed 56,800 workers in 2015-2016 and this industry annually contributes $5.2 billion to the state's economic output. But as good as this sounds, the fact is that this traditional industry is actually fragile, and we can't take the good times for granted. Alaska business leader Jim Jansen, whose Lynden Transport is heavily engaged in seafood support work, pondered the unpredictability of this industry in a speech in Kodiak. He wonders how anyone ever makes money at this.

"It all happens at once," Jansen said. "It involves huge volumes. It is totally unpredictable. We must always plan on the biggest season ever. We may end up with the smallest season ever." In other words, fish runs are always a crapshoot, as are prices.

Seafood processors, support companies like Lynden and thousands of harvesters, who are really operating independent small businesses, gear up every spring, spending hundreds of millions of dollars, and then just wait. Sometimes the salmon just don't show up. That happened in 2016 in Prince William Sound. It was painful.

Some important fisheries are more stable, like the big offshore pollock and cod fisheries that operate in the Bering Sea and Gulf of Alaska. That's mainly because the biomass is more predictable and sustainable, thanks to good science and cautious regulation.

But there are problems for this industry that are more existential. One is that even as the world eats more seafood more, more of it is being raised artificially, manufactured in fish farms where they are fed chemicals and cause pollution. Alaskans have long worried about salmon farms in Norway, Chile and closer to home in British Columbia and Washington state. Now a new threat is growing volumes of farmed tilapia, a whitefish that competes with wild-caught Alaska pollock and cod, and which puts pressure on prices.

Alaskans fight back as best they can, touting the health advantages of our wild-caught fish. But while there's a receptive audience for this we may be just talking survival in what may be a small market in the world's seafood industry. Fish farmers, particularly in the developing world, are essentially manufactuers who can beat us on price and may capture the world demand growth.

Any solutions? Here's where the entrepreneurial side of our seafood industry comes in. From larger seafood companies, like Trident Seafoods, down to small firms like the developers of Yummie Chummy, the pet treat, people are developing new products with Alaska fish which can sell at higher margins. That ultimately benefits harvesters and lifts the entire industry.

Trident has been a leader in product development with its highly successful salmon burger that helped move a big stock of pink salmon and improved prices for harvesters. Trident now has a pollock burger. A new move for Alaska processors, including Trident, is into pre-cooked, refrigerated, ready-to-eat meals, a profitable market long dominated by beef and chicken.
However, enter the second existential threat – labor and the "graying" of the industry workforce. Some people in the seafood business see this as its most serious threat.

The problem is that there are fewer young people getting into the business to replace aging workers and vessel skippers and crew. Skippers say it's getting harder to find crew. Processors who operate year-around in coastal communities and have resident workforces say the sons and daughters of their employees go off to college and don't want a career in a seafood plant.

Seafood companies have rarely been able to meet their recruitment goals locally and have always depended on out-of-state seasonal workers but it is getting more difficult to find them, at least in the U.S., mainly thanks to the strong Lower 48 economy. Seafood companies in Bristol Bay had to curtail production last summer because of workforce shortages.

Similar problems exist among harvesters, who traditionally hire young people from coastal communities and college students from the Pacific Northwest for crew. Seattle's booming economy has cut into that source of labor.

It's also said that millennials just don't want to get their hands dirty or work hard — working on a fishing vessel is hard work – but this is unfair. Some millennials are actually attracted to the independence of the fishing lifestyle. One skipper told me: "Who wouldn't want to work outdoors, on the water, and in such a beautiful place?"

It can cost up to half a million dollars and often more to buy a permit, a boat and equip a boat. The debt is a huge barrier.

These are tough problems, and there are no easy solutions. If we want to preserve this stable, sustainable industry, we'd better find the solutions.

Tim Bradner is copublisher of the Alaska Legislative Digest.