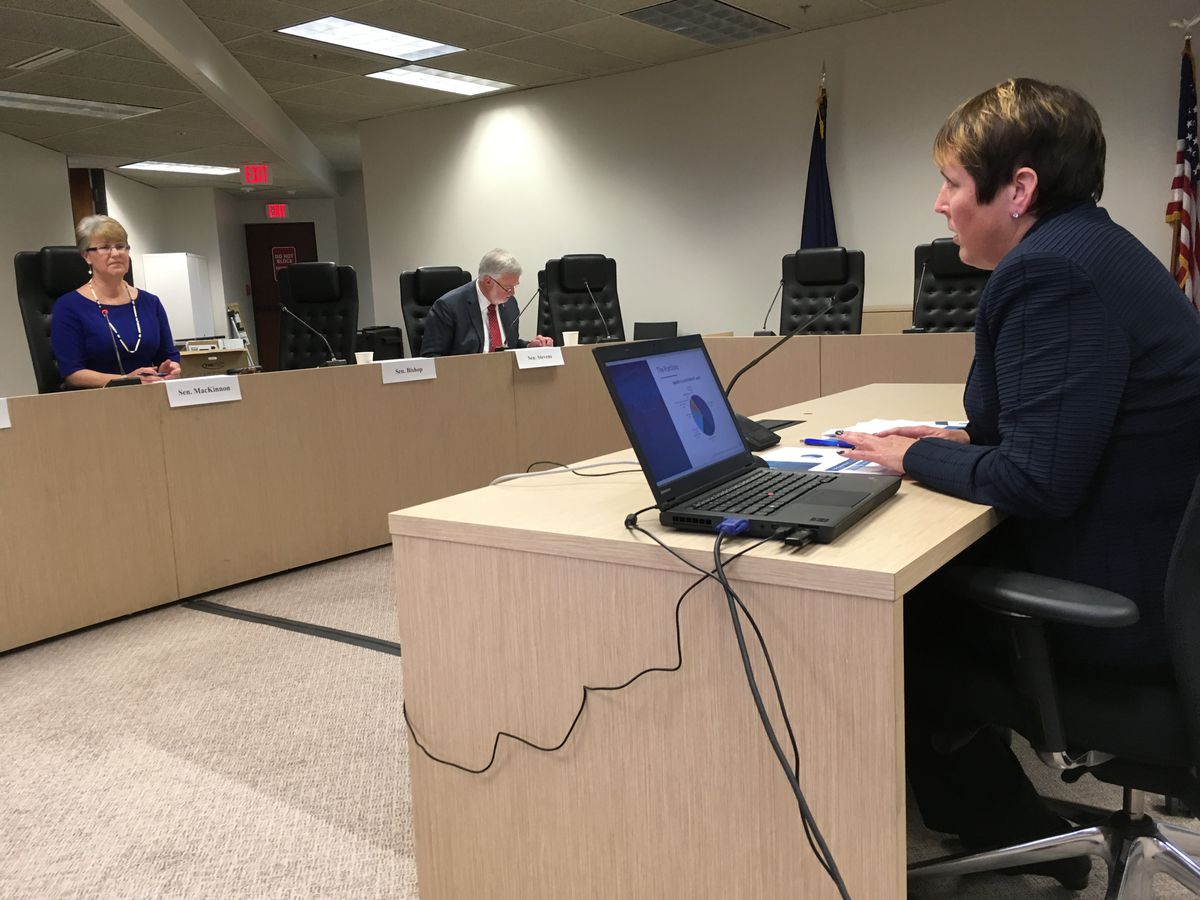 The Alaska Permanent Fund has made no adjustment for its new role paying for about half of state government's operating budget. That's a bit like retiring but leaving your 401(k) invested as if you were a 30-year-old.

The Alaska Legislature will soon have no choice but to draw on the fund's Earnings Reserve Account for annual spending. Other big savings accounts are depleted. If it draws on the fund in a sustainable way, the investments can continue to spin off money indefinitely.

But without a plan and direction to the fund's managers to prepare that account for annual payouts, there are hazards.

In 2009, a stock market crash briefly erased all of the gain the fund had ever earned. The total value fell below what Alaska had invested in it.

Markets go up and down like oil prices. Without doing this right, we could be trading one economic roller coaster for another. Or worse, we could injure the golden goose we've reared.

This matters. Each Alaskan's share of the fund is $84,600. It contains more than all our private financial assets combined.

The money legislators expect to draw from the fund annually equates to around $13,500 for a family of four. Whether you prefer to think of that amount as the value of services you receive or the taxes you would otherwise have to pay, this is a lot of money.

It is worth learning a few details to understand how the state manages this wealth for us.

The fund was built from oil money invested in securities, plus income from those investments that was redeposited. Under the Alaska Constitution, these original deposits can never be spent, but income from the investments is available for the Legislature to use any way it chooses.

The way this works in practice is that interest, dividends and profits from the sale of investments flows into the Earnings Reserve Account. The money that cannot be spent stays in the principal.

When we hear the total value of the fund quoted as $62 billion, that number includes about $13 billion in the Earnings Reserve.

A 40-page opinion from the state attorney general established that it doesn't work that way. According to the opinion, once money goes to the Earnings Reserve, it stays there unless the Legislature deposits it back to the principal.

All of the Alaska Permanent Fund is invested the same way, in a mix of stocks, bonds, real estate and exotic and secret plays such as hedge funds and venture capital. It's aggressive. That's why the fund has averaged an almost 9 percent annual return over its life.

My father, Eric Wohlforth, a prudent man, and a former trustee of the fund, has said for years the Earnings Reserve should be invested more conservatively so Alaskans will be confident the money is there when we need it.

Former fund manager Maria Tsu reached the same conclusion and wrote a letter about it to the fund's Board of Trustees.

"It seems like they should at least ask the question as fiduciaries with oversight of the Permanent Fund," she said.

It's a familiar idea if you invest a retirement account or college savings plan. When your goal is distant, you should invest aggressively to grow your nest egg. But as the day you plan to spend the money nears, you should move it to low-risk investments to have certainty cash will be available.

This situation is different because we never plan to spend the principal, but only take a sustainable draw of income annually. Colleges and other entities that live off endowments do this by withdrawing a set percent of their total investments, knowing that will work out over the long term.

But Alaska would have to change our constitution to adopt that Percent of Market Value approach, or POMV. In the meantime, we're stuck with the Earnings Reserve as our source of funds, and it is finite and at risk.

The situation has already had an impact.

Earlier this year fund managers accumulated cash when they sold investments rather than putting the money to work because they expected the Legislature to call for $2.5 billion in spending money.

Fund CEO Angela Rodell told the Juneau Empire she had an "Oh my God moment" when she learned of a House proposal to spend $5 billion from the fund. Investments weren't ready for that.

[Could Alaska lawmakers approve a tax in their special session? Some think so.]

Rodell told the Senate Finance Committee on Wednesday that once the Legislature passes a plan, she would expect to keep more liquid investments in the Earnings Reserve to prepare for draws.

The Earnings Reserve currently contains about $13 billion. If the Legislature were to take $2.5 billion a year — an amount the total fund can expect to earn, long-term — the reserve account should be fine. Unless there is a major downturn.

If the markets go into a decline for several years, the reserve would not replenish and would lose value. Running out of money would be possible, but that would take an extreme, long-term drop.

If the Legislature takes more than a sustainable amount, the scenario is much more likely to go bad.

At the very least, this current special session should not end without the Legislature establishing policy about how much it will withdraw from the Permanent Fund according to a long-term formula.

Even if it does not, the fund's Board of Trustees should assume what is already obvious, that the state will need at least $2.5 billion annually from the fund. On that basis, it should set separate investment guidelines for the Earnings Reserve Account and the principal.

The Earnings Reserve is no longer an investment account. It is a spending account and a buffer against the unknown. Fund managers should start treating it that way.