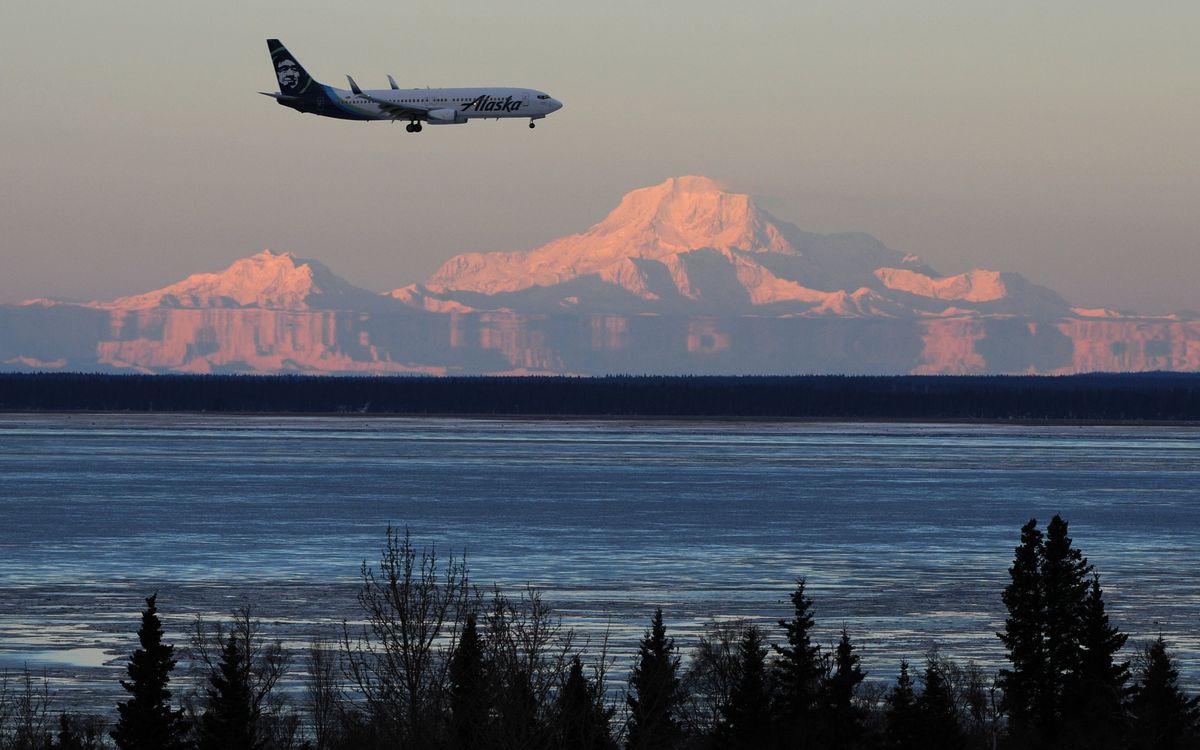 If I sit down beside you on an airplane and start sneezing, please don't worry about germs. Airplanes always make me sneeze.

I doubt I am alone. Since planes have filled with cats, dogs, rabbits and birds, I suspect a lot of Alaskans start their travels with pockets stuffed with tissues.

People with serious, potentially life-threatening allergies have a much bigger problem, both with animals and with peanuts. Airlines have kicked passengers off planes when they ask about nut allergens. They don't want an allergy attack in flight.

[Arizona boy kicked off plane in Washington due to allergies]

The simplest solution to that issue would be to stop serving peanuts on airplanes but — and I am not making this up — the nut industry got Congress to pass a law that specifically prevents that from happening.

How safe is it? In September, two dogs died in the entire country, both on United Airlines: a pug named Bella that had a pre-existing heart condition and a bulldog, Hope, that died of unknown causes between the Dominican Republic and New Jersey. That's out of more than 2 million pets flying a year.

So it's not a matter of safety, but of comfort and convenience.

I'm not against animals, but I think my comfort is more important than your rabbit's comfort. I have no choice but to fly in the passenger cabin. Animals can ride in a climate-controlled compartment made just for them.

You want your fuzzy kitty by your side at all times. I want to not have burning eyes and a streaming nose that makes me a pariah among the people seated around me. I think I have the better case.

Usually I avoid airing pet peeves in this column (or any peeves). Instead, I could turn this into a commentary about the decline of courtesy in America and the general crumbling of civilization.

But I'd rather just have my moment, like Samuel L. Jackson's in the movie "Snakes on a Plane" (but without the profanity): Enough is enough. I have had it with these gosh-darned fur-bearing mammals on these gosh-darned planes.

I flew across the country recently near a woman carrying a dog in her designer bag. By the time we arrived — with delays, the flight lasted well over six hours — a distinct odor of dog poop wafted through the area. But classy, Louis Vuitton dog poop.

Alaska, which I fly most, limits the number of animals in the passenger cabin to six, with five in coach and one in first class.

At one time, animals in the passenger cabin were rare. Occasionally, you would encounter service dogs assisting people with blindness, a real necessity that certainly should be permitted.

Just check a box in an online exam saying you feel stress. (As a promotional video notes, everyone does.) The site claims the letter will get your animal on the plane without paying a fee. Size restrictions also won't count, as long as the animal fits in the row.

"There have been instances where people have brought pigs, snakes, chickens. It's up the airlines to decide what they're going to allow," said Paul Hudson, of the consumer group FlyersRights.org. "If they turn people down, they're potentially faced with a complaint of discrimination against a disabled person."

My idea of a comfort chicken is my mother's recipe, oven-baked with marjoram and paprika.

But chickens could be the least of your worries. In 2000, a 300-pound comfort pig ran amok in the first-class cabin of a US Airways plane (where it had its own seat). Hudson likens the airline livestock situation to riding a bus in a developing country.

United has begun requiring 48-hour notice and a call to your psychologist before allowing a comfort pet. One thing you can count on with United — it gets its fees.

Alaska Airlines spokesperson Ray Lane said in an email that if a passenger arrives at the gate with a medical certificate stating that flying with animals would create a health concern, the airline will "most likely" move the passengers with animals to another flight — not the allergy sufferer.

He said if a passenger complains of lesser pet allergies, the crew will try to reseat the passenger away from the animals.

Either way, it may be impossible to completely avoid animal allergens on a plane. Any seat you take may have been occupied by a pet in the recent past. Plane cleaners just pick up trash, Hudson said. Deep cleaning could happen as rarely as once a month.

Families with serious nut allergies can board early on some airlines to clean the area themselves. But check with the airline in advance. After asking to go on early and clean up, some families have been refused to board at all. Earlier this year, American Airlines faced a federal complaint over such discriminatory policies.

Hudson said if you have serious allergies, research airline policies, bring a medical certificate and carry an allergy remedy such as an EpiPen.

He said a federal committee met over the last year to devise new regulations, but came up with nothing. Like so many issues, this one, too, will be left to the courts.