A simple step toward a sustainable economy: Alaska long trails 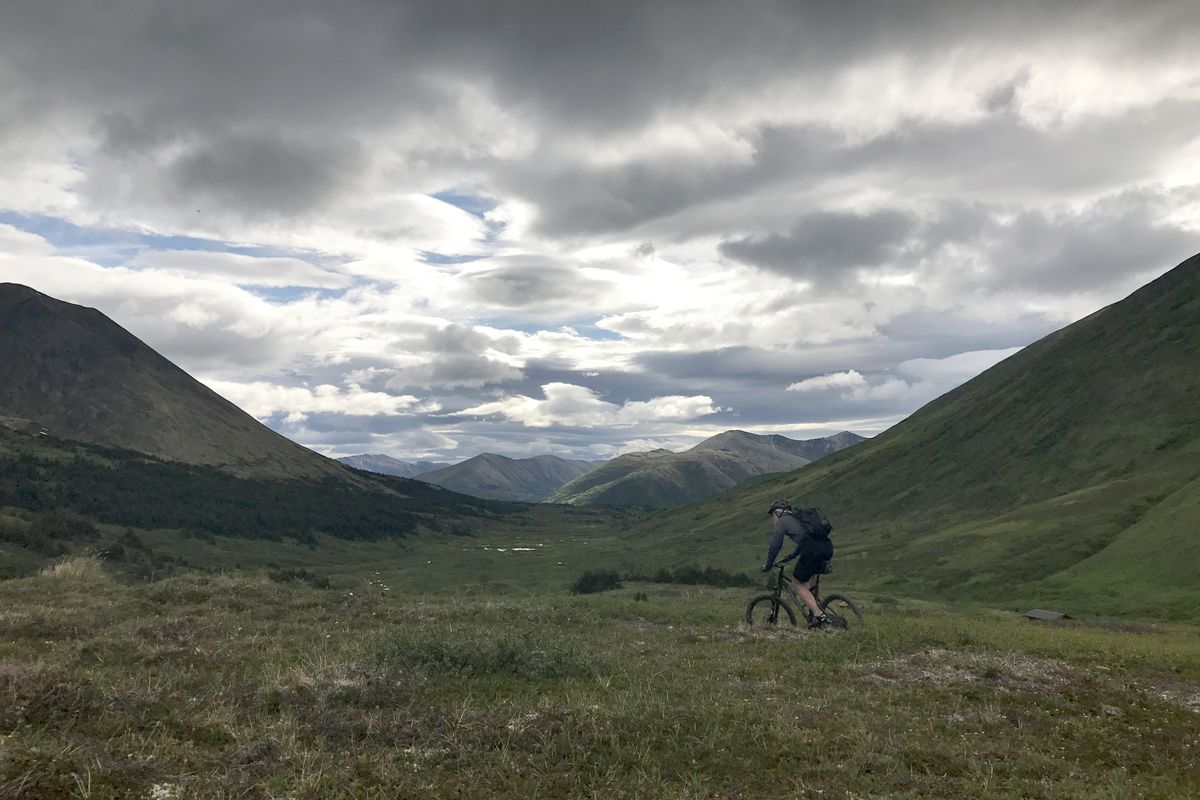 A biker descends from Resurrection Pass to the Cooper Landing side of the Resurrection Trail on July 1, 2017. (Anne Raup / ADN)

A biker descends from Resurrection Pass to the Cooper Landing side of the Resurrection Trail on July 1, 2017. (Anne Raup / ADN)

We all know that building a new sustainable economy can be complex and have numerous hurdles. But sometimes a simple and easy first step forward stands right in front of our face. It's not a new idea; it's not expensive; and much of it is already in place. It's the kind of realization that makes Homer Simpson slap his forehead and say, "D'oh."

That first step for Alaska is trails — long trails, in particular. Long trails are the ancient paths in Alaska that were used for commerce and communication by foot and dogsled and boat. These same trails became the Klondike and the Iditarod as later settlers and gold seekers traveled for mineral riches. Long trails tell the story of Alaska and who we are. They can also now be part of framing our future and what we can be.

While long trails have existed for centuries, they are now capturing the interest of people all across the world: the Coast to Coast trail in England, the Inca Trail in Peru, the Camino de Santiago in Spain, the hut-to-hut trails throughout the Alps, the Himalayan trails of Bhutan and Nepal, the Appalachian Trail, and the Pacific Crest Trail in America, to name a few. Millions of visitors are now traveling to trek on these trails. This is their moment. Now it can also be ours.

Independent travelers going to these long trails are always the most sought-after visitors because of the local economic benefits they bring. Their purchases for travel, lodging, meals, logistics and side trips are all local. It's not a complete package purchase going to one international company that owns the facilities and takes home the profits. It's new businesses and jobs for Alaskans.

In our state, there are three possible Alaska Long Trails, or ALTs, that are now ready for development. They could rival other international long trails if we would just fill in the gaps.

The first is the brilliant idea of Jonathan Kreiss-Tomkins, an Alaska legislator, to use the current TAPS corridor for a 900-mile Trans-Alaska Trail from the Beaufort Sea to Valdez. Two years of quiet work and a fast-growing body of public support is beginning to take this from an idea to a practical possibility.

A second could be the 129-mile connection between the Anchorage Coastal Trail and the gateway to Kenai Fjords National Park in Seward. Significant portions of this spectacular hiking, biking and possibly ski trekking trail are already in place.

A third could be the 179-mile route from Glennallen to Cordova, with its breathtaking course along the abandoned railway route on the Copper River bordering the spectacular Wrangell-St. Elias National Park and Chugach National Forest. This would include a hike or bike trip across the famous "Million-Dollar Bridge" over the Copper River and then a 50-mile hike to Cordova. It would be an unbelievable journey.

And for the future, it is easy to imagine trail routes connecting the Fairbanks trailhead of the Trans-Alaska Trail to the Anchorage Coastal Trail with a 360-mile trail and a Fairbanks-to-Glennallen trail of 180 miles.

There is much work and planning to be done. This network of ALTs would need some new trail sections, trailheads, sanitation facilities and trail access points. It will require real public-private partnerships with funds raised by individuals and foundations along with federal, state and local transportation dollars to cover capital costs. Private NGOs need to be willing to assume operation and maintenance responsibilities.

Other trails have successfully taken this approach and so can we. We are fortunate that the public rights of way already exist for most of the three ALTs. In addition, a considerable number of transportation connections are in place. We know from our history of trails that it will be essential to have public support for Alaska Long Trails. As a start, Alaska Trails, a well-respected nonprofit statewide advocacy organization, has adopted ALTs as part of its mission.

The next and most important step is for the Legislature to embrace this concept and forward a resolution to the governor for him to appoint a team to work with the Alaska Trails organization to develop a feasibility study. The results of this study would be sent back to the Legislature for action.

And what is the prize? Alaska Long Trails will sustainably elevate the tourism sector of our economy to a whole new level. The flood of new independent travelers' expenditures will create Alaska jobs and businesses. Best of all, we will get to use them ourselves! If done right, the financial, health, social and environmental benefits make Alaska Long Trails a simple step toward a sustainable economy. Let the fun begin!