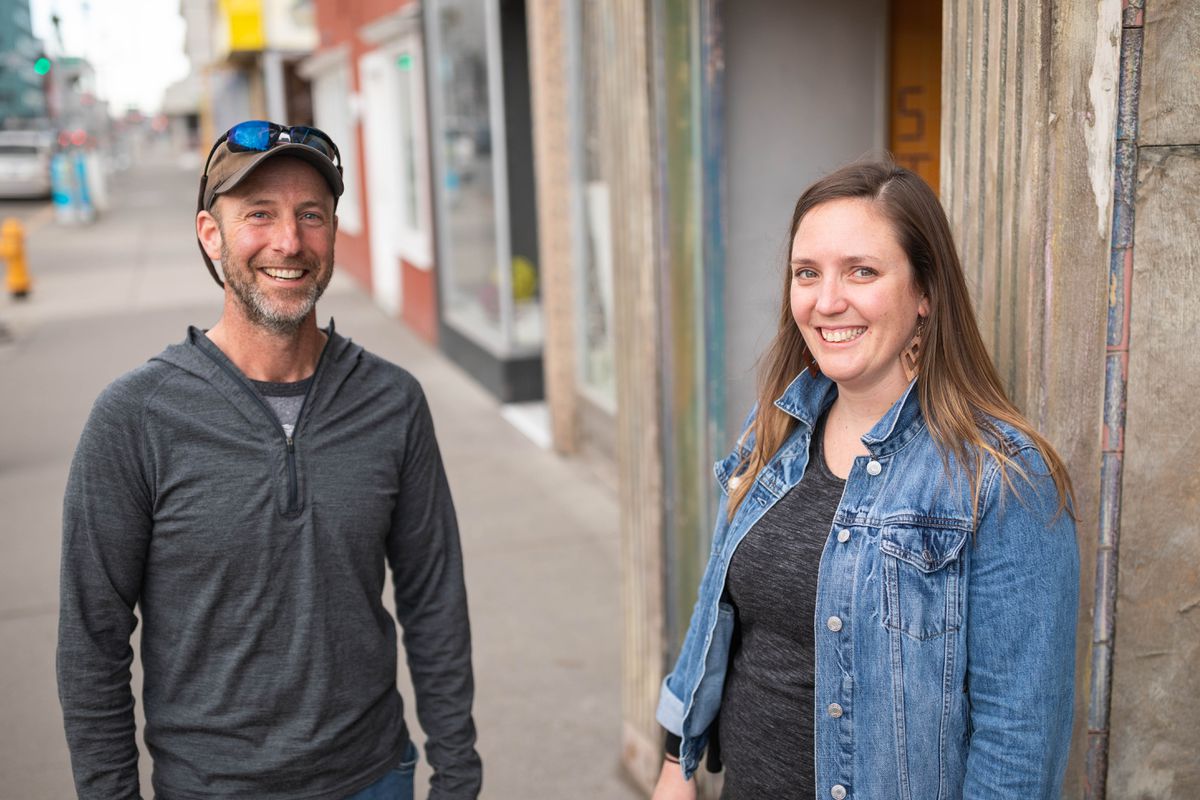 For Matt Rafferty, it started out with a story about goofing off on a terrible job he once had fixing messed-up phone bills.

For Emily Fehrenbacher, it was telling rows of people about peeing her pants the first time she went Alaska dipnetting.

The experience of telling those stories redirected their lives.

The audience did it. At Arctic Entries, a story lights the match, but the audience blows that energy into a bonfire. It's addictive for both sides.

The show is simple. Once a month seven brand new people stand on stage, each telling a true seven-minute story. That packs people in. The audience on an ordinary Tuesday night has reached 1,700 people.

Many of the stories are funny, some are tragic, and a few are so personal they belong in a therapist's office. The audience is the therapist.

Forbes' story was about the pain and guilt of growing up with a brother with multiple disabilities.

Rafferty and Fehrenbacher helped create this connection between storyteller and audience over seven years as organizers and MCs. Their personalities completed the link. Besides being funny together, their joy and relaxation on stage made the audience feel good so the storytellers could open up.

They also put a ton of work into recruiting and arranging monthly shows, which, at the beginning, meant dredging their address books for friends and acquaintances they could draft.

Now they're moving on and a younger group is taking on the work. Forbes said she puts 20 hours a week into it.

There are many storytelling shows these days, but Arctic Entries is special.

Tickets, at $15 each, sell out online in five minutes for the 700-seat Discovery Theater at the Alaska Center for the Performing Arts. At the Bear Tooth Theatre, which seats 400, tickets disappear in less than a minute. No one gets paid and all profits go to charity, with donations nearing $200,000.

Why has this happened? Rafferty thinks it is because each storyteller is new, which constantly broadens the circle of the community that supports the show. Five hundred people have told stories.

Forbes thinks the seven minutes is key, because it forces storytellers to hone their message and prevents them from boring the audience.

I have my own theory. I've told a story, recruited storytellers and sat in the audience. I think it's community magic, which is empathy. It feels good to care about others.

The stories aren't always that good — although they're better now that as many as 30 people vie for the seven monthly spots—but the connection is addictive. You watch ordinary neighbors walk the tightrope of speaking publicly without notes, feeling with them the anxiety and thrill of the moment.

"I never would have expected this thing to take off the way it did," Rafferty said. "Each week, we have seven new celebrities."

It happened at a particular moment in the life of Anchorage. A new group of young people was creating brand new forms of community. At the around the same time as Arctic Entries started, we got single-track bike trails, farmers markets and winter bike commuting.

A couple who lived in Anchorage a total of two years started Arctic Entries in 2010 as a way of meeting new people. They had seen a similar show in Baltimore.

The show started in the tiny Cyrano's theater downtown. Word-of-mouth sold it out after a few performances. Rafferty got involved the second year and helped lead the group after the originators left, as it grew to larger and larger theaters.

His life story is unique. Rafferty grew up near Boston. As a young man, he said, he was a close-minded, chauvinistic, overweight sports fan. He mostly drank beer and watched sports on TV. He got an accounting degree.

One night he was in a bar with his bros when their favorite team, the University of Massachusetts, got knocked off during the March Madness basketball tournament. The year was ruined.

Suddenly Rafferty realized how pathetic that was.

To get away, he took a job in Yellowstone National Park, with no TV, and discovered the fun of connecting with strangers and spending time outdoors. Over that summer hiking in the mountains he lost 40 pounds.

When he got back to Boston, no one recognized him. He didn't recognize himself. He quit accounting and moved to Vermont. His life since has been seeking community, outdoor adventures and environmental work.

Fehrenbacher came to Alaska to work on a political campaign in 2008. She met Rafferty through the environmental organizations where they worked. They discovered their chemistry on stage. Rafferty is the straight man.

"She wings it and she's funny all the time," he said.

"I was chubby in high school," she said. "That's how everybody ends up funny, right?"

Fehrenbacher's hilariously snarky ADN column about Alaska reality TV, Reality Check, ran from 2013 until earlier this year. She said she quit writing it because there weren't enough shows to review anymore. And the weekly responsibility became something of a drag.

Rafferty and Fehrenbacher are both at the point in their lives when it makes sense, after seven years, to hand off Arctic Entries to people who are still in their 20s, including Forbes. (Rafferty's last performance is May 8.)

It takes about a dozen people to recruit storytellers, interview them, run multiple rounds of rehearsals, and put on the show. But there are plenty of volunteers to take it on.

The show has grown its own identity and life, separate from its creators. It has impact, highlighting important issues. Stories she heard convinced Forbes to become a foster mother.

Anchorage can be proud. Proud because Arctic Entries demonstrates that we want to connect and care about one another. And because it shows newcomers can still create something big here.