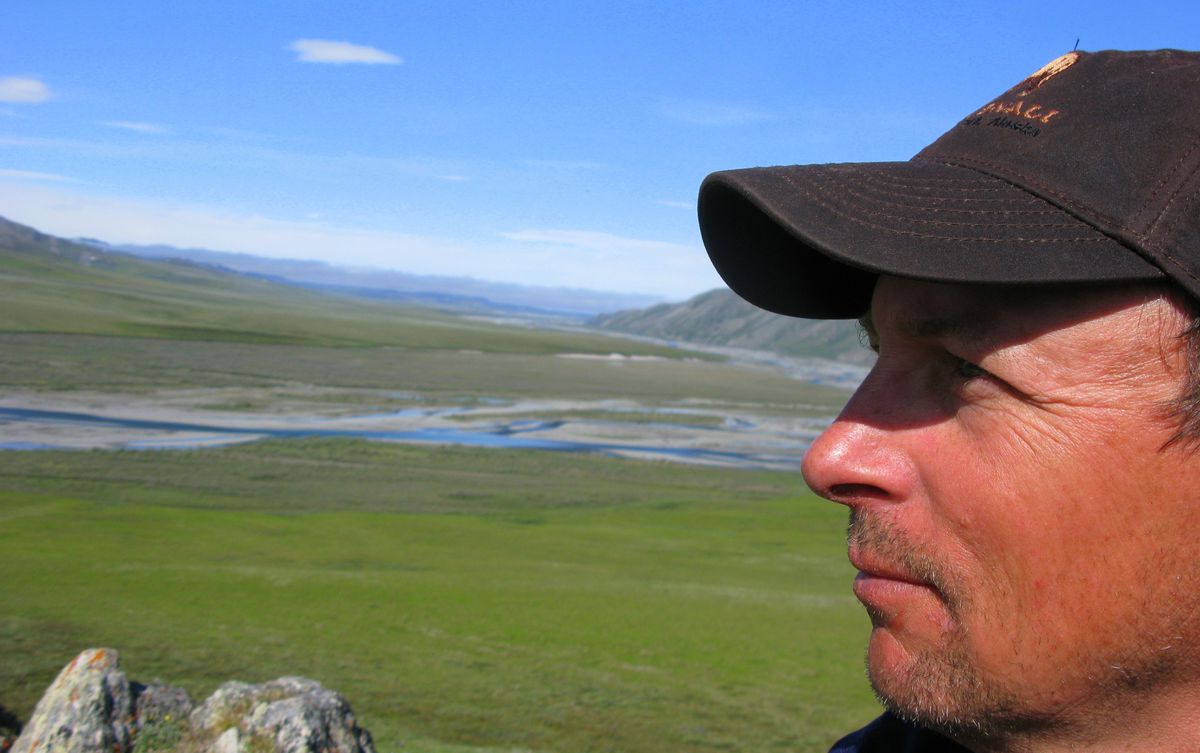 Author Nils Warnock on a trip to the Arctic National Wildlife Refuge, near the Kongakut River. (Nils Warnock photo)

Author Nils Warnock on a trip to the Arctic National Wildlife Refuge, near the Kongakut River. (Nils Warnock photo)

President Donald Trump, Interior Secretary Ryan Zinke and Alaska's own Congressional delegation are recklessly sprinting to lease tracts in the Arctic National Wildlife Refuge, pushing an "aggressive" timeline that makes promises of strong environmental standards ring hollow. Many Alaskans have serious, unanswered concerns on the issue of drilling for oil in the refuge. A hasty process, driven by an administration that is eroding bedrock environmental principles and unraveling decades of bipartisan conservation efforts, will leave open questions and voices unheard.

The oil and gas program that the Department of the Interior wrote for the National Petroleum Reserve-Alaska in 2013 benefited from several previous plans, three years of process, including scientific input and multiple opportunities for public comment, and was ultimately successful in that the final plan was not litigated. For ANWR, the tax bill that passed last December tasked the Interior Department with writing an oil and gas program for the refuge and holding two lease sales by 2024. However, on April 20, the department announced a scoping comment period for the refuge that will adhere to an unrealistically condensed timeline, garnering minimal scientific and public input, in order to finalize the oil and gas program later this year and hold a lease sale next year.

Sens. Lisa Murkowski and Dan Sullivan have long promised that energy development in the refuge would use "the most stringent of environmental standards." Based on past painful lessons, their abbreviated timeline for environmental review is not a stringent standard, it is a careless standard that will lead to sloppy action and ultimate disaster. Adding to the discrepancy of our Alaska senators' promise is their lack of outrage with the administration's current efforts to roll back and weaken regulations pertaining to oil production on federal lands and waters. Among these are the regulations that were put into place after poor oversight and standards led to the Deepwater Horizon disaster that spilled more than three million barrels of oil, devastated local fishing communities, killed 11 people and caused hundreds of thousands of birds to die in the Gulf of Mexico.

President Trump's administration, in its short existence, has muzzled scientists, removed the nation from international climate agreements and worked to undo decades of bipartisan action to make our land, air and waters cleaner and safer for all of us. When it comes to Arctic management, why should we trust Sens. Murkowski and Sullivan's assertions of safe and responsible development when processes are being rushed, and at the same time, environmental protections in the U.S. are heading back to the Dark Ages with our senator's implicit (if not open) support? The hypocrisy here is thick. Senators, speak up and be responsible stewards of your state's environment. While you are at it, please leave the nation's most iconic national wildlife refuge in peace.

Nils Warnock has a Ph.D. in Ecology from the University of California at Davis and San Diego State University. He is the executive director for Audubon Alaska, the state office of the National Audubon Society.