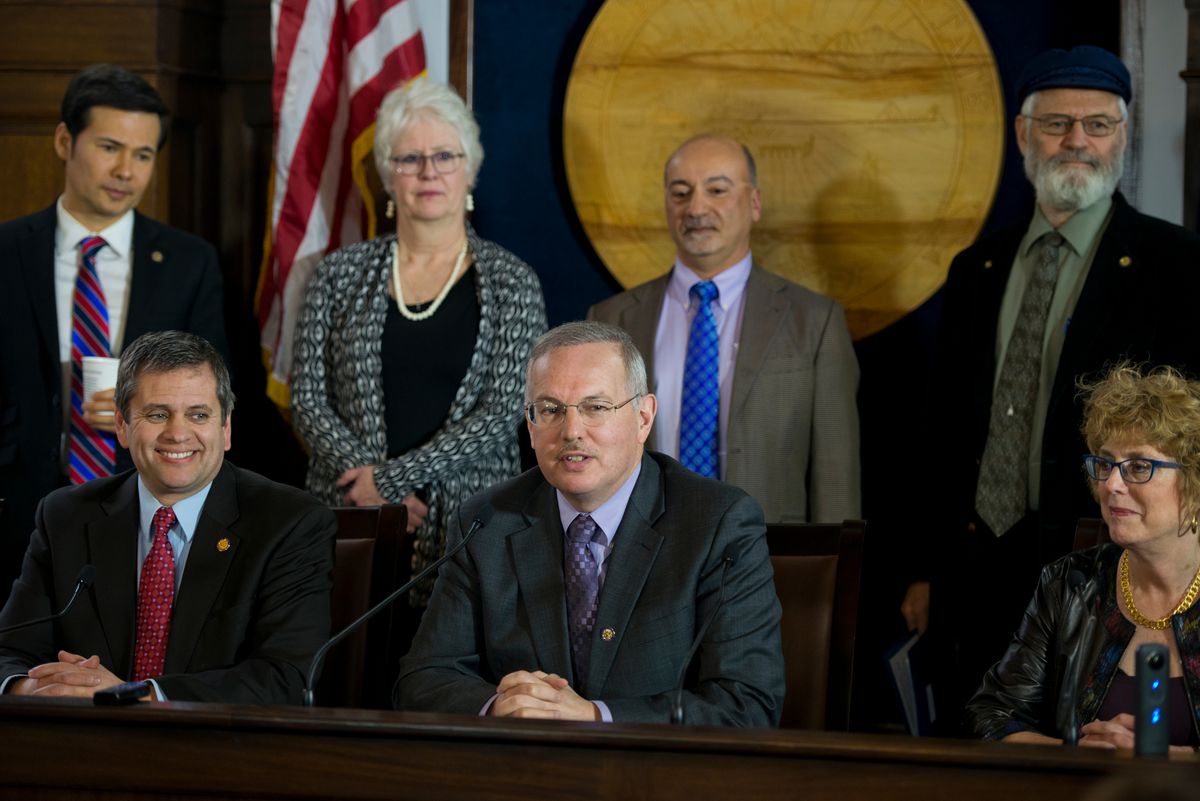 The Alaska Republican Party has been on a campaign to keep three House members off the primary ballot because they joined the Democrats and independents in a coalition to lead the Alaska House of Representatives. This action flies in the face of the party's past actions on coalitions and its own declaration to be the "People's Party."

From 2006 to 2012, the Alaska Senate was controlled by the Senate Bipartisan Working Group, a coalition that gave key chairmanships to Democratic senators. Where was the outcry against Republican senators such as Charlie Huggins, Lesil McGuire, Gene Therriault, Kevin Meyer, Tom Waggoner, Gary Stevens and Bert Stedman? There wasn't any. Because a Republican served as Senate president, political observers will say the party didn't push back because the Republicans held control of the power positions. In today's House Majority Coalition, a Democrat is the House Speaker, but Rep. Gabrielle LeDoux, R-Anchorage, is chairwoman of the House Rules Committee and Rep. Paul Seaton, R-Homer, is co-chairman of House Finance. These are power positions.

Not buying the argument that today's coalition doesn't give commensurate power to Republicans, I decided to look into the party platform of the Alaska Republican Party to see if they openly discourage the joining of coalitions. I found nothing in the party rules to suggest that joining coalitions was deemed harmful to the Republican Party. So what's different between now and 2006? Perhaps it is the growing partisan antipathy by those most engaged and active in the political process.

In June 2014, the Pew Research Center polled 10,000 voters nationwide to examine the growing political polarization in America's public affairs. They found that Republicans and Democrats are more divided along ideological lines than at any point in the last two decades and that the greatest division is among those most engaged in party politics. Tuckerman Babcock, chairman of the Alaska Republican Party and the one challenging the state Division of Elections, certainly falls in the category of most engaged.

What is most alarming about the Pew Research Center findings is that beyond dislike of the other party, activists now view the other party as a threat to the nation's well-being. In 2014, 36 percent of Republicans saw the Democratic Party as a threat to the nation's well-being, a more than 50 percent increase in antipathy since 1994. Fewer (27 percent) Democrat activists share this growing antipathy and deep mistrust of the opposing party. While the divide deepens among party activists, the research shows that "these sentiments are not shared by all — or even most — Americans. Most (Americans) do not see either party as threat to the nation. And more believe their representatives in government should meet halfway to resolve contentious disputes rather than hold out for more of what they want."

My political instinct suggests that most Alaskans want our elected officials to work together to resolve political disputes. So why would the Republican Party punish representatives that seek out coalition building to solve disputes? When one examines which party Alaska's younger voters are choosing, this question becomes even more perplexing. Records of the Division of Elections show that of the 161,662 registered voters between the ages of 18 and 34, more than 61 percent are registered as undeclared or nonpartisan. This means that the key to winning future elections will lie with wooing these voters for your party's candidate. From the standpoint of strategy, Alaska's political parties should strive to be more inclusive rather than exclusive.

From the standpoint of legality, the Alaska Supreme Court recently ruled that political parties must be allowed to further broaden the choice of candidates for voters. In an April 18 letter to the Alaska Republican Party, the Division of Elections clarified that "nothing in the Supreme Court's ruling creates a new right for political leadership to eliminate candidate choices for the party's voters."
Given this ruling, it's time for the Republican Party leadership to look beyond their own antipathy, drop the legal challenges with the Division of Elections, and allow the voters to decide if Reps. LeDoux, Seaton, and Louise Stutes, R-Kodiak, should be returned to office as Republicans.

After all, if the party leadership was capable of accepting eight Republican senators joining a bipartisan group, they should do the same for House Republicans.