Continuing our commitment to a safer Alaska 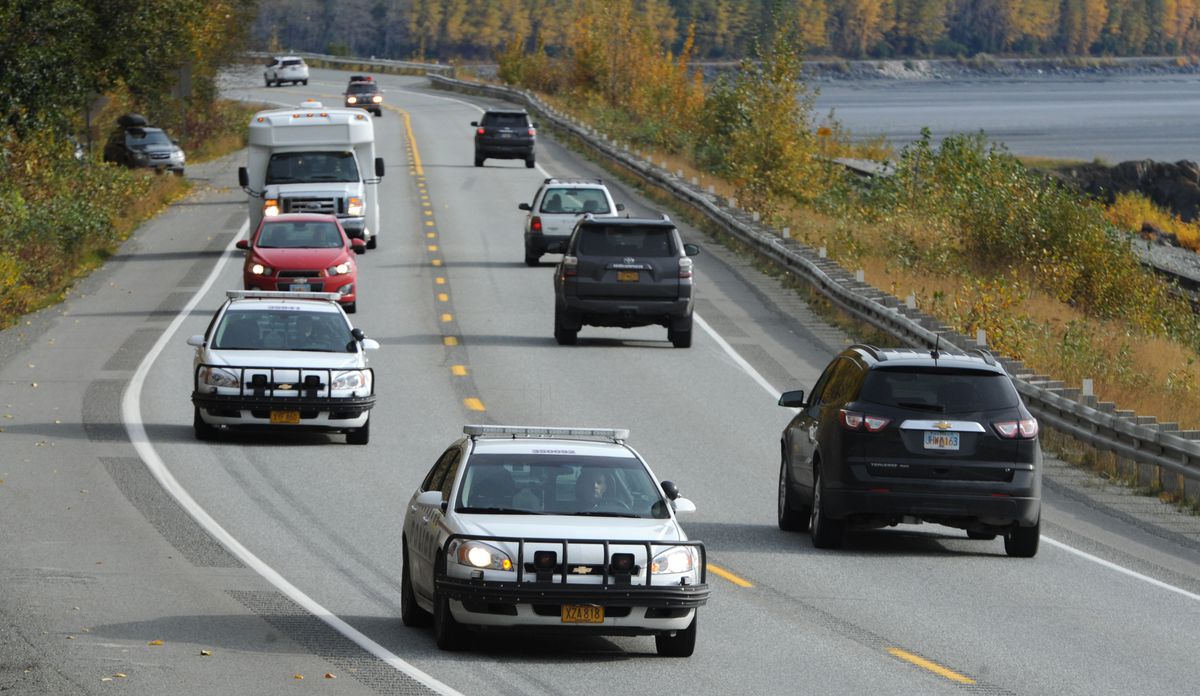 The Anchorage Police Department patrols on the Seward Highway between Potter Marsh and Mile 75 in October 2017. (Bill Roth / ADN archive)

The Anchorage Police Department patrols on the Seward Highway between Potter Marsh and Mile 75 in October 2017. (Bill Roth / ADN archive)

Taking positive steps and working to improve public safety for Alaska remains a top priority for the Legislature. House Bill 312, which we sponsored in the House and is now moving toward final passage, addresses our common public safety concerns and is good news for all Alaskans.

HB 312 addresses four primary concerns: 1) it makes sure that judges will always consider a defendant's out-of-state criminal history in pre-trial release decisions; 2) it strengthens the pre-trial release assessment for those charged with vehicle theft and other felonies; 3) it gives Alaska's attorney general the authority to criminalize certain new controlled substances so we can continue to fight the sale of dangerous drugs; and 4) it provides much-needed tools to help police and prosecutors reduce crimes against our doctors and nurses.

In 2017, listening to the public, we increased the sentences for petty theft and felonies and expanded community work service requirements. We also learned that the loss of 22 prosecutors statewide due to budget cuts had hurt our ability to prosecute crime: State prosecutors had declined more than 7,000 misdemeanor cases since 2013. The Department of Law did not have the resources to prosecute all cases, and Alaskans were hurting from these cuts to vital services. Facing this challenge, we began the process of rebuilding the prosecutor's office by appropriating funds for two new prosecutors. This year, we continue to support the Department of Law by funding five new prosecutors.

As we worked to improve public safety, we learned that giving judges unfettered discretion in making pre-trial release decisions was not improving public safety. Detailed analysis of 20,000 Alaska cases from 2014-2015 (before passage of any justice reform legislation) showed that 37 percent of those on pre-trial release were arrested for new crimes. This historic level of new offenses while on pre-trial release was not acceptable. When judges were inconsistent with their felony sentencing decisions and too lenient with DWI offenders, the Legislature put sensible limits on judges' discretion by requiring mandatory minimum sentences. Justice reform legislation places similar limits on judges' discretion. And the good news is that our investment in stronger pre-trial supervision is already showing public safety improvements. Data from April of this year showed that of the individuals under pre-trial supervision, less than 5 percent of those individuals had active arrest warrants — a substantial improvement from the previously reported 37 percent. We must give these improvements the opportunity to work for Alaska.

To improve public safety, we need to adequately fund public safety resources and get to the root cause of why people commit crimes. Recent improvements to probation and parole supervision are already showing better results, and improved pre-trial supervision is showing a reduction in new criminal offenses in a matter of months. By continuing our commitment to prison for violent offenders and reform and rehabilitation for non-violent, first-time offenders, we can improve public safety in Alaska. With greater investment in police and prosecutors, we can make sure there is a path to justice for victims of crime.

Working together as a community with wise use of our public safety resources, we can improve public safety and provide safer neighborhoods for Alaska's families.