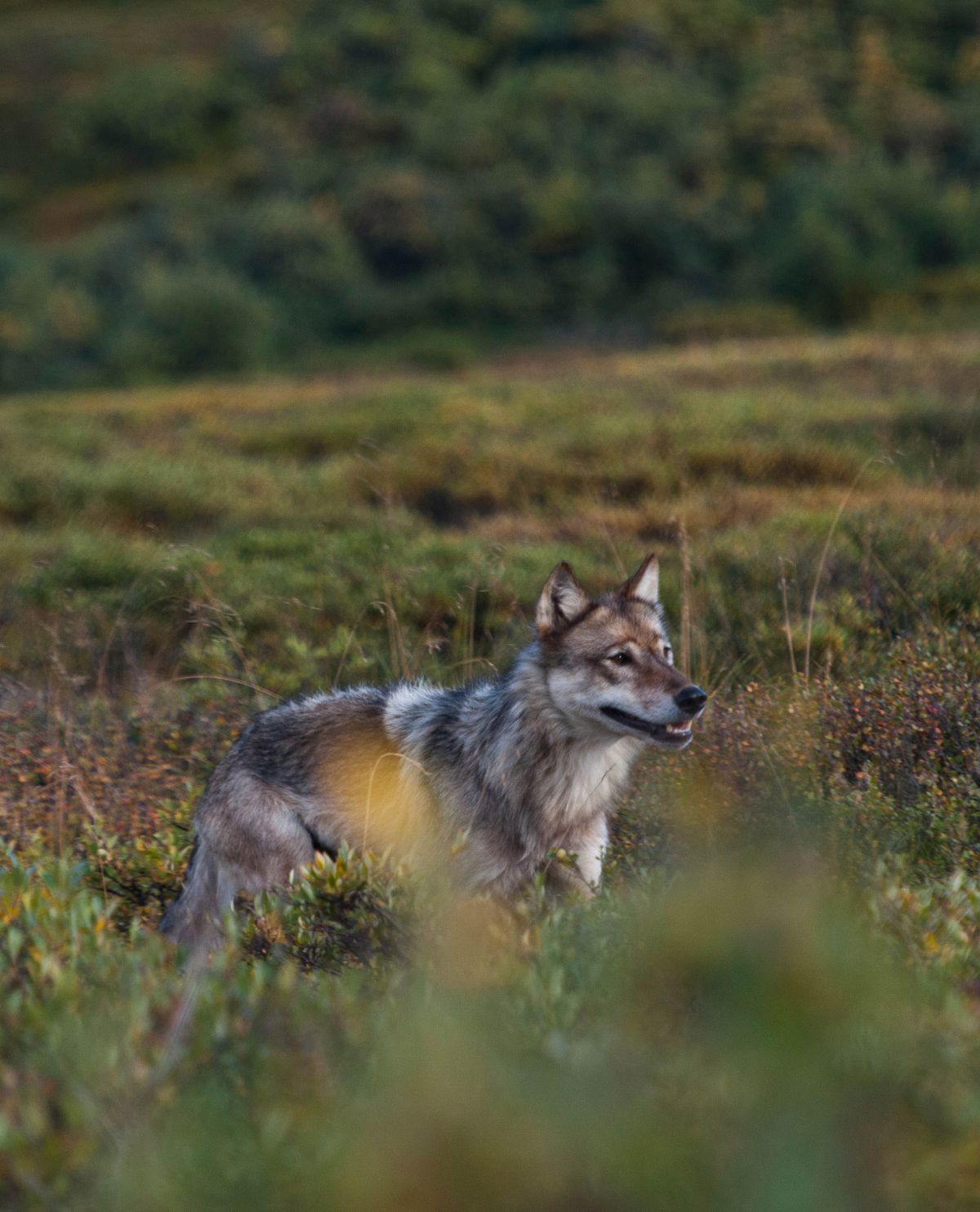 Gov. Bill Walker just let many Alaskans down. After years of negotiation with Alaska wildlife scientists and advocates for a Denali wildlife buffer, the governor just decided to not act on the issue.

The issue of hunting and trapping on state lands along the eastern boundary of Denali National Park has been contentious ever since the establishment of the park more than 100 years ago. Denali is Alaska's top value tourism destination, receiving more than 650,000 visits each year, more than 70,000 of which are Alaskans, all of whom want to see wildlife in the park. The park contributes more than $600 million each year to Alaska's economy.

Although the Alaska Constitution guarantees all citizens equal access to Alaska's wildlife, the state consistently ignores the wildlife viewing interests of thousands of Alaskans, in favor of a handful of sport hunters and trappers along the park boundary. The issue has become an ideological lightning rod for interests opposed to the Alaska National Interest Lands Conservation Act and national parks in general.

The Board of Game, composed exclusively of hunters and trappers, has denied repeated public requests in recent years to establish a small no-kill buffer on state lands that would enhance wildlife viewing in the park. Since the board eliminated a small buffer in 2010, wolf-viewing success in the park has plummeted.

The Fairbanks North Star Borough adopted a resolution in 2016 in support of the buffer, and more than 360,000 people, including many Alaskans, signed an online petition asking for the buffer's reinstatement. And just this year, despite overwhelming public testimony in support, the Alaska Senate killed a Denali wolf buffer bill, even after it had passed the House.

The only option left was asking the governor to enact the buffer through administrative designation of a Denali Special Use Area along the park boundary, prohibiting take of park predator species (wolves, grizzly bears, black bears, lynx, coyotes and wolverines), while continuing to allow all other take, including moose. Legal analysis confirms that the state indeed has the administrative authority to do this. But in response to this proposal, Gov. Walker just said no.

Alaska wildlife advocates first proposed a trade between the state of Alaska and federal government in 2013 (to then-Gov. Sean Parnell), in which the state would have received a like-valued federal easement in exchange for the state establishing a conservation easement on state lands along the northeast boundary of Denali. The Parnell administration declined.

We then began meeting with Gov. Walker and staff on the Denali exchange proposal in 2015. Later that year, the governor convened another meeting with our side, in which he proposed an exchange with the Obama administration for the right-of-way to build the Izembek (King Cove to Cold Bay) road. We declined that offer. The administration then proposed trading a Denali buffer for more access to sheep hunting in Wrangell-St. Elias and Gates of the Arctic National Parks & Preserves. We also declined that offer.

In 2016, we added to our negotiating team former Gov. Tony Knowles and wildlife attorney Tom Meacham, and we renewed meetings with the governor looking for a Denali deal. The Alaska Department of Natural Resources proposed another possible exchange with the federal government for Denali — expedited lifting of Public Land Order 5150 (1.5 million acres of land title to be conveyed to the state along the Dalton Highway from the Department of Interior).

But then with the election of President Donald Trump in November 2016, everything changed. All potential federal leverage for a Denali (and any other conservation) deal evaporated, as the state was then in a position to get anything and everything it wanted from the Trump administration and Republican Congress. And it has.

In the lame duck interim between the Nov. 2016 Trump election and Jan. 2017 inauguration, we pursued the PLO 5150/Denali buffer exchange vigorously with the Obama administration, but Interior Secretary Sally Jewell declined, fearing it would become a poison pill for the incoming Trump administration. And in another meeting with Gov. Walker and staff at that time, the governor told us pointedly that, even though it was his administration that had proposed this PLO 5150/Denali buffer trade in the first place, he now "wanted more." He was obviously emboldened by the incoming Trump presidency. While he had needed our help in a Democratic federal administration, he no longer did in a Trump administration.

Ever since the Trump election, Gov. Walker has been unresponsive to us regarding the Denali wildlife buffer and all other Alaska conservation issues. Although the federal government has now granted the Izembek road exchange/right of way, the governor still has not moved forward with the Denali buffer, as he committed in 2015. It is said that "where there's a will there's a way," and it became obvious that in the Trump era, Walker had no will to do a Denali (or any other) conservation deal for Alaska.

Recently, we made it perfectly clear to the Walker administration that the state needed nothing whatsoever in exchange for establishing a Denali buffer, as the buffer in and of itself was in the clear interest of the citizens of Alaska.

The governor's office also asserts that an administrative buffer designation "would circumvent the Board of Game process." Indeed it would, as we reminded them that the governor has appointed only hunting/trapping advocates to the board, and they are ideologically opposed to protecting watchable wildlife across the state, even at Denali. In fact, it is the Board of Game that circumvents the majority interests of Alaskans.

The Denali buffer proposal should have gone out to all Alaskans for public comment, but instead has been killed by a few local opponents and a disingenuous state administration. Such is our "democracy" in Alaska.

On wildlife policy, Gov. Walker has been indistinguishable from former Govs. Murkowski, Palin and Parnell, and candidates Dunleavy, Treadwell and Hawkins. They all support unnecessary and inhumane predator control; unethical hunting methods including bear baiting, spotlighting in dens, killing wolf pups and bear cubs at dens, use of dogs to hunt bears, even in national wildlife refuges and preserves; and appointing only like-minded hunters and trappers to the Board of Game.

Clearly, the only real hope for reforming wildlife management in Alaska is the election of Mark Begich as governor.

Rick Steiner is a conservation biologist in Anchorage. He was formerly a marine professor with the University of Alaska, stationed in the Arctic, Prince William Sound, and Anchorage.