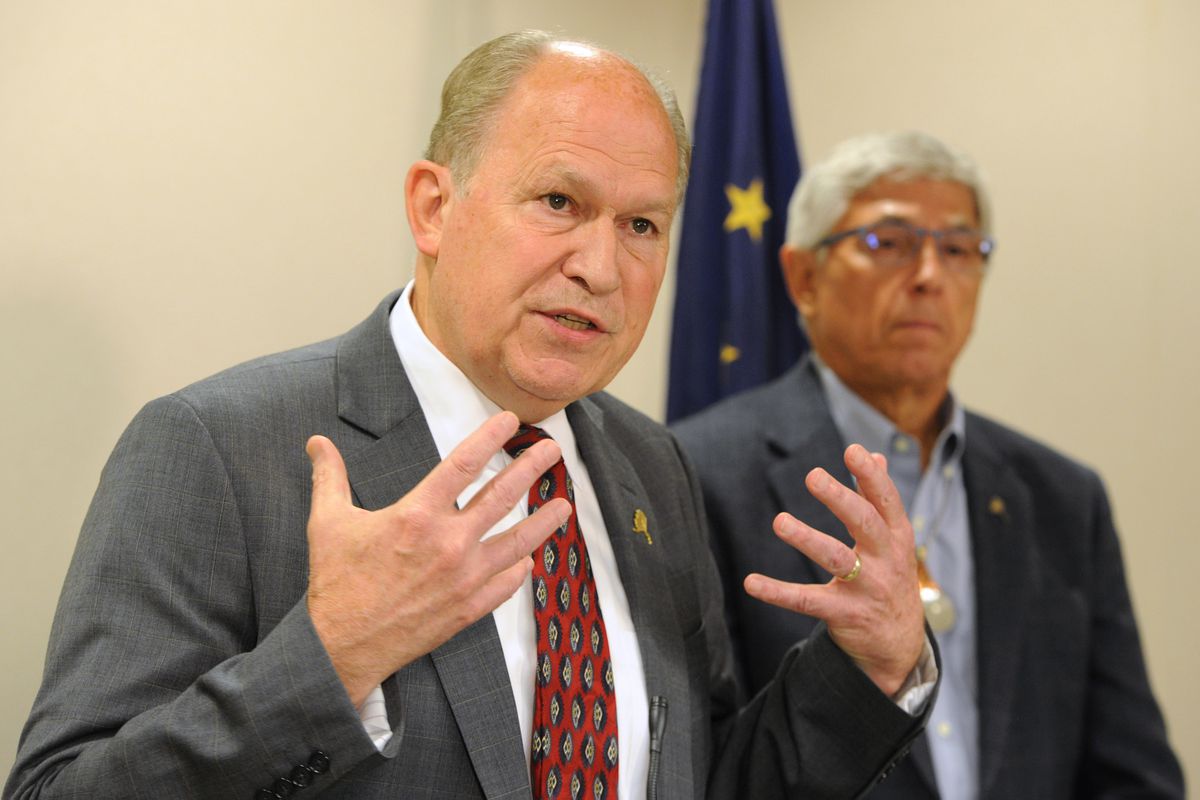 A generation ago, Alaska's leaders made a once-in-a-lifetime decision that set our state on a unique course. To some, the new wealth flowing through Alaska's oil pipelines seemed unlimited. Others took a more honest perspective. Alaska's oil was finite: Its value would change over time before one day running out. To avoid falling off the cliff of prosperity that Alaska had just settled on, those leaders invested in our future by establishing the Alaska Permanent Fund.

The fund, which belongs to every Alaskan, has continued to grow for 40 years. As oil prices rose and fell, and production boomed and busted, Alaska's fund invested and earned, paying dividends to all of us. Today, its annual revenues exceed the amount Alaska earns from any other source.

We are not career politicians: a carpenter from Valdez and a fisherman from Yakutat, we've each had other careers, married wonderful women, and raised amazing children and grandchildren. We're proud of them. We want them to succeed in the state our families have helped build, rebuild, and called home for generations.

We signed on four years ago to protect the honest vision of Alaska the Permanent Fund represents. We faced opponents on the right and the left who told us we should cut the budget to the bone, get others to foot our bills and promise record-sized dividends for political points, knowing they would decay future dividends, and eventually wipe out the Permanent Fund itself. We stuck to our guns. Using Permanent Fund earnings was the best compromise to stabilize Alaska's fiscal future. Living up to the honest vision of the fund, we could fix the deficit and lay a foundation for the future Alaskans deserve — with good schools, safe communities, and new economic opportunities — while making sure dividends continue in perpetuity.

But we also knew the biggest risks to the fund would be ad hoc withdrawals, and the temptation to let short-term political priorities overwhelm concerns for the fund's long-term health. That meant having a plan, and sticking to it, and never pruning the earnings of the fund too far to stop its growth. We wanted leaders who refused to sacrifice Alaska's future for short-term fixes, political expedience, or attract votes.

The new law is a compromise that was three and a half years in the making, while wrestling with some of the toughest decisions in our state's history. The law keeps the Permanent Fund truly permanent by requiring all future legislatures maintain the long-term value of the fund. And the law ends our unilateral dependence on the price of oil, laying a foundation for a strong and diverse economic future.

The Permanent Fund Protection Act closes 80 percent of our deficit. It ensures adequate funding for essential services from kindergarten teachers to firefighters to state troopers, while guaranteeing sustainable annual dividends for every Alaskan. It has already improved Alaska's credit rating, and creates a climate of stability for investment by businesses, individuals, and for the fund.

We'd like to thank the legislators who stuck this out with us, on both sides of the aisle, in the House and Senate. Thank you for valuing an honest vision over convenience, and compromise over partisanship.