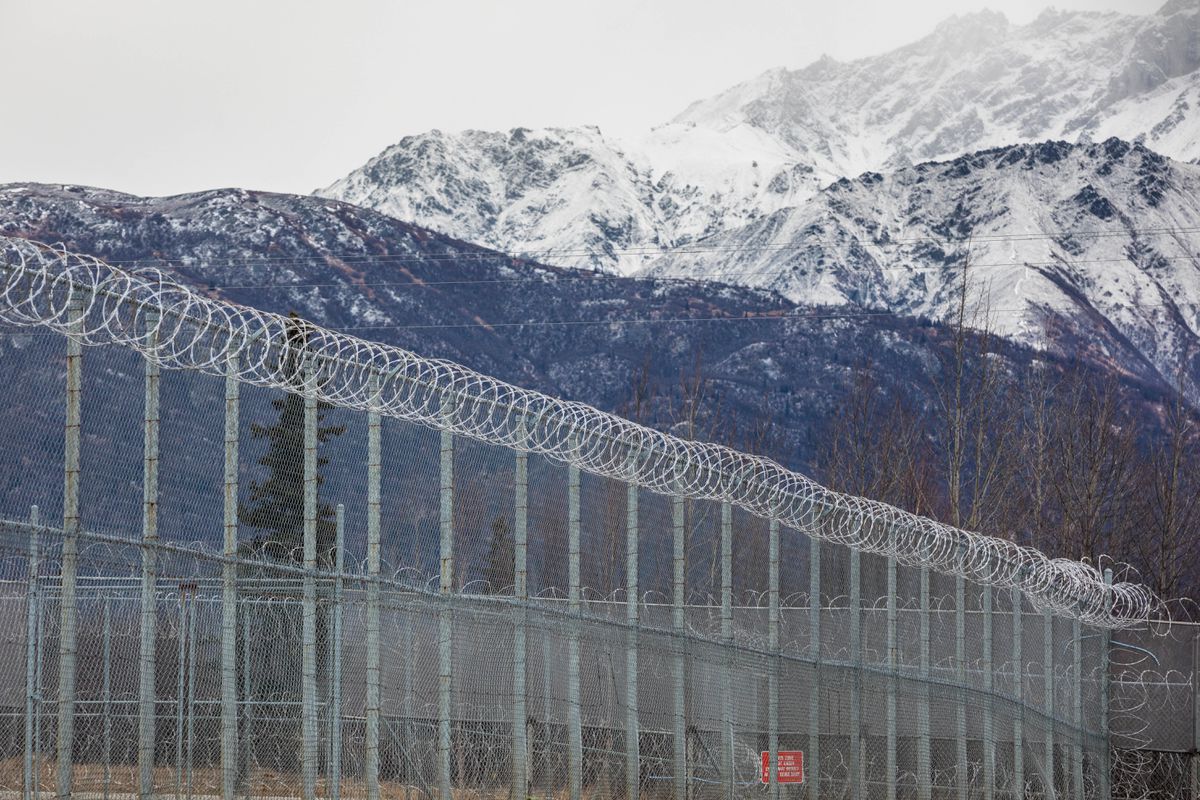 The medium-security area at Palmer Correctional Center, on Wednesday, Nov. 8, 2016. The Department of Corrections invited a number of groups to tour the facility and help re-imagine a use for the now shuttered facility. (Loren Holmes / ADN)

The medium-security area at Palmer Correctional Center, on Wednesday, Nov. 8, 2016. The Department of Corrections invited a number of groups to tour the facility and help re-imagine a use for the now shuttered facility. (Loren Holmes / ADN)

For far too long, Alaska relied on a corrections and prisoner-rehabilitation approach that was unsustainable. This was evidenced by swelling prison rolls and alarming rates of recidivism that came at significant state expense.

In 2016, in an effort to mitigate these trends, the Alaska Legislature made landmark strides in reforming our criminal justice system. By embracing evidence-based policies grounded in research and taking a few pages out of other states' playbooks, the Legislature crafted Alaska-specific initiatives and implemented policies that lowered the state's shockingly high 67 percent recidivism rate, strengthened community supervision, addressed root causes of criminal behavior and invested in services for crime victims.

Despite this bipartisan and data-driven approach, in the six months since these reform efforts have gone fully into effect, attempts have been made by some Alaska legislators to roll back progress. I'm concerned that efforts to undo these policies will threaten public safety, fail to meaningfully hold people accountable for criminal behavior and recreate the costly and ineffective system we had previously.

It's important we consider the context that lead to these reform efforts. From 2005 to 2014, growth of Alaska's prison population outpaced its resident population three to one. Alaska was pouring money into the justice system, with an additional $250 million spent on beds at Goose Creek Correctional Center alone. Even with the hundreds of millions spent locking up more Alaskans, it didn't affect our sky-high recidivism rate. Thus, Alaska leaders championed criminal justice reform measures, most notably Senate Bill 91, the first major attempt to align sentencing and corrections practices with the best research in the field.

The Legislature didn't jump into this decision right away. Researchers and stakeholders in the criminal justice system, our state government and Alaska's civic community pored over data and recommended proactive policies that would prevent future crime by actually reducing criminal behavior. This framework encompassed several critical provisions, such as: 1. provide judges with better information and options to protect the public during the pretrial period; 2. enhanced community supervision of those on probation and parole; 3. expanded treatment services and programs that address violence prevention; and 4. additional support for crime victims.

While it may make citizens feel safer to have more people in prison, nearly all prisoners rejoin society eventually. Incarceration makes it difficult for ex-prisoners to find a job, rejoin their families and find a place in society, which destabilizes their lives and makes it extremely likely they will reoffend. Following successful models that have yielded results in other states, we have rebalanced our investments in corrections with the aim of focusing prison beds on serious, violent offenders and punishing lower-level misdemeanor offenders in ways other than sending them to prison.

Since implementation of new reform measures, we have seen a 7 percent jump in the portion of our prison population comprised of violent offenders and a decrease in the population held for simple drug possession and technical violations of supervision conditions. Savings have been reinvested in priority services designed to protect public safety, reduce victimization and sustain reductions in the prison population, such as violence prevention, alcohol and drug treatment, and re-entry and support services.

No single policy is effective overnight, but we are seeing signs that these reform policies are working. Lowering rates of recidivism does not mean we have solved our crime problem; to do that, we need to improve our economy, create more jobs, and address homelessness and addiction with community resources. We can do that without rolling back evidence-based reforms to our corrections system.

As chair of the Alaska Criminal Justice Commission, I remain deeply committed to working with the community to enhance these new policies. It will continue to take concerted effort by all parties — the state, the community and affected individuals — to address our previously intractable, and unsustainable, corrections trends. Working alongside one another, we will achieve our goal of increased public safety and fiscal sustainability and avoid repeating the mistakes of the past.