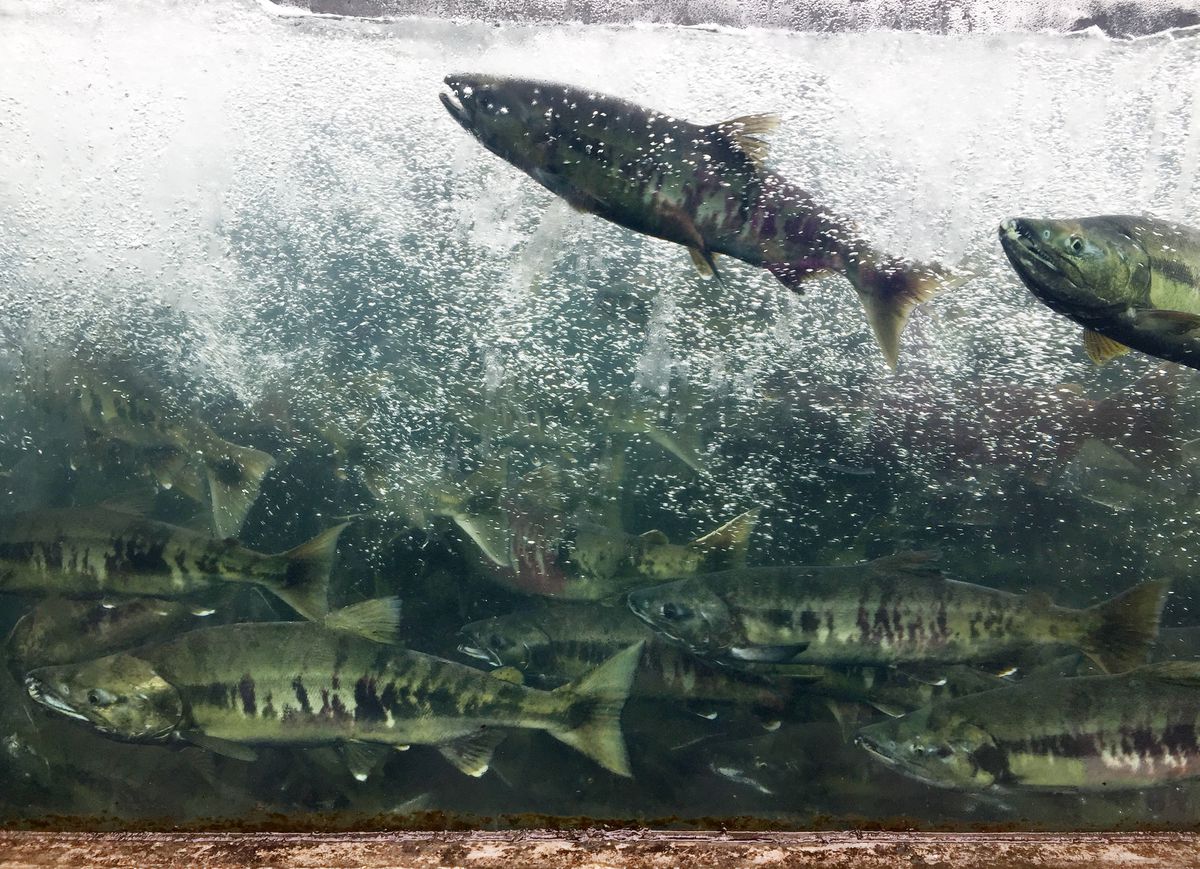 Summer is here, and salmon are returning to Alaska's rivers. Boats stream out of our harbors while Alaskans ready their sport rods, dipnets, and subsistence nets to take part in the annual harvest. Amid this swirl of activity runs another current that is far less enjoyable — the swirl of fish politics. The current topic of discussion, misinformation, and debate is Alaska's hatchery program.

From the beginning, Alaska's hatchery system was designed to protect fisheries, fishermen, and communities from cyclical weaknesses in wild salmon returns. During the 1970s, salmon runs were in decline throughout the state. Prince William Sound seining did not open at all in 1972 and 1974 because the wild returns were so low. Under the leadership of governors William Egan and Jay Hammond, Alaska began a major effort to restore salmon fisheries. Today, five regional aquaculture associations from Southeast Alaska to Kodiak produce salmon for harvest by all users.

In Prince William Sound, hatchery production began in 1975 with the establishment of Prince William Sound Aquaculture Corp. Valdez Fisheries Development Association was subsequently established and first released salmon fry in 1982. Together, PWSAC and VFDA produce hatchery-born, ocean-raised wild salmon for the commercial, sport, personal use and subsistence fisheries in the Prince William Sound and Copper River regions. Each year, about 830 million tiny salmon fry and smolt are released into Pacific waters, where they join their wild brothers and sisters for the journey to the ocean.

Massive investments have been made in infrastructure that wouldn't be possible without hatchery production. In 2016, Silver Bay Seafoods built a new processing facility in Valdez designed to freeze 2.7 million pounds of salmon a day. This investment benefits the community along with contractors, processing workers, fishermen, transportation companies, and many other support services. An investment like this couldn't have been made without the contribution of hatcheries. According to a 2012 McDowell Group analysis, from 2007 to 2011, fishermen harvested 530 million pounds of PWSAC salmon worth $264 million. Over the same period, PWSAC created an annual $51 million in labor income for 2,495 workers, including processing workers, employees, and workers in the support sector. A similar McDowell report found that VFDA generated an annual average of $80.1 million in economic output.

Commercial fishermen and processors aren't alone in enjoying the fruits of Alaska's hatchery system. Alaskans have harvested 700,000 PWSAC sockeye in sport and personal use fisheries since 1999. Residents of Anchorage, Fairbanks North Star Borough, and Matanuska-Susitna Borough accounted for 73 percent of the harvest. Nor are the benefits limited to coastal communities. Between 2006 and 2010, residents from 34 interior communities harvested a total of 55 pounds of PWSAC sockeye per capita. VFDA raises coho that support a popular sport fishery in Valdez. VFDA salmon caught in sport fisheries resulted in $6.6 million in annual economic output, according to a recent study.

From the beginning of Alaska's hatchery program, it was recognized that salmon stray. Policies were adopted to protect wild salmon. Consistent with Alaska's sustained yield mandate, the Alaska Department of Fish and Game carefully manages hatchery production to avoid affecting wild stocks. In 2012, the department, in collaboration with other scientific agencies, initiated a multi-year study using advanced genetic technology. It is the first study of its kind, mapping the genetic structure of Prince William Sound salmon stocks, quantifying straying rates, and collecting stream samples over multiple generations. The study has already been used to inform management and permitting decisions. When complete, it will give us a never-before-available look into interactions between hatchery salmon and wild stocks.

All stakeholders should band together to support sensible habitat protection, sustainable management, and continued research. We can't afford the distraction of quibbling over a time-tested, well-managed, intensely studied program that feeds thousands of Alaska families.

Jerry McCune is a lifelong Alaskan resident who lives and fishes in Cordova. He is the former president of United Fishermen of Alaska and current president of Cordova District Fishermen United.