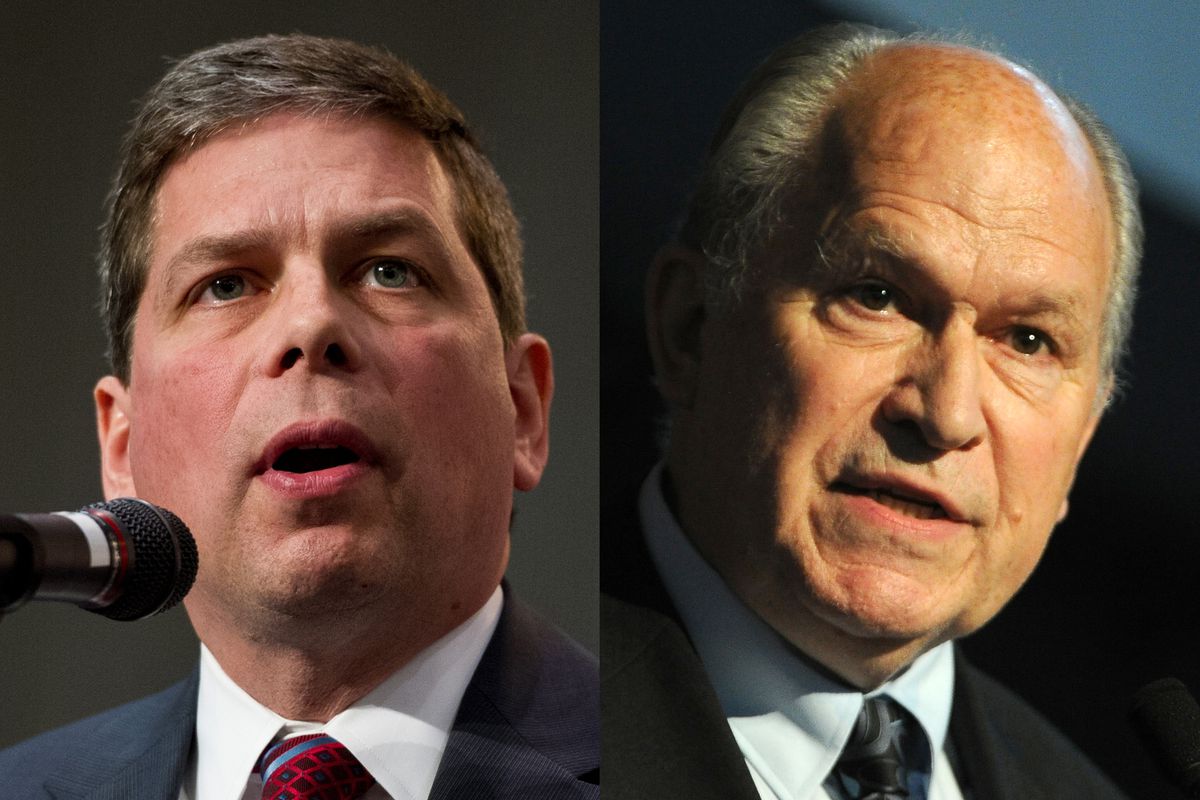 I was hoping to write this week to thank Alaskans for letting me represent them this past decade and a half. It’s been a privilege to work with my constituents and try to make people’s lives a little bit better, one step at a time. But today I’m concerned about what I consider a risky three-way governor’s race that might have devastating ramifications for all of us. Strong public schools, the opportunity to succeed, the right to live and age with dignity, and the right to safety in Alaska’s large and small communities should be the Alaska promise. I believe that promise is at risk this election.

Today, the leading candidate has a record of voting against this basic promise, and especially the promise of good public schools that allow this generation of children and youth to have a fair chance in this world. That’s the future we risk if the majority of Alaskans split their votes between Gov. Bill Walker and former Sen. Mark Begich.

Both the governor and Mr. Begich are good men. Despite some attack rhetoric, both men are different shades of moderate. That’s where most Alaskans are. I respect, like and have worked with both of them. I agree with them on many issues and disagree with them on others. But each would honor the basic Alaska promise of opportunity and dignity for Alaskans young and older.

In a three-way race, polls show most voters — Independents, Democrats, and moderate and mainstream Republicans — currently split their support between these two men. That split could pave the way for a much more extreme candidate to win the governor’s race with 40 percent or less of the vote.

I’ve heard concern about this from many Alaskans of different political stripes. It should be talked about before we head too far along this path. A respectful public dialogue would serve us well, and I hope Gov. Walker and Mr. Begich will talk, as they have over the past year, to seek a resolution that’s good for the state.

I don’t mind stating what I believe, even if it puts me at odds with some in my party (though in line with many Alaskans of all parties). I say this as someone who’s volunteered and worked hard to help elect good candidates and build our current House bipartisan majority, whose members have worked well together across party lines. Volunteering to work for good election results matters more to me than toeing a party line.

If you quizzed the two of them, you’d find individual positions where each is more conservative or moderate than the other. You should do that. But in my view, this election isn’t simply about who I agree with most. I don’t see a lot of upside in talking much about which candidate I want to finish in second place and which should finish third, if both are behind a candidate with extreme views that are contrary to most of our values.

So, how will this end?

Gov. Walker and former Sen. Begich will likely be told to play with fire as they battle for many of the same voters. The most likely way either can win in a three-way race is to attack the other personally or have someone else do it, hoping one will fall in the polls and drop out. That might work, or it might damage both as they stagger, with arrows in their backs, to second- and third-place finishes. I’d applaud the candidate(s) who don’t go down that road.

This leaves me with the final point - why I feel Alaska will suffer if the currently leading candidate wins.

My life has taught me that people deserve opportunity and dignity in life, whether or not they are born to privilege and wealth. But as Senate Education Budget Subcommittee Chair, Mike Dunleavy voted to eliminate all state-funded pre-kindergarten for Alaska’s children, threatening the ability of children to achieve (he couldn’t eliminate federal Head Start, which covers a fraction of youth eligible for pre-K). He was proudly vocal in voting for an additional $65 million in harmful cuts to K-12 public education in 2017 - when students have already lost hundreds of needed teachers, counselors and educators. Our House Bipartisan Majority Coalition worked to reverse his attempted education cuts. We were also successful in reversing his votes to cut basic disability, senior and children’s services.

Republicans, Democrats and independents have cut $3.4 billion from the budget since 2013. Cutting waste or luxury is smart. Cutting opportunity and dignity with a cleaver isn’t. Whatever our differences, we’re a state that believes in opportunity and dignity. These ideals are threatened, I believe, unless we engage in a positive dialogue on the wisdom of a three-way race.

Les Gara, D-Anchorage, has been a member of the House of Representatives since 2003, and has chosen not to run for re-election this year.

The views expressed here are the writer’s and are not necessarily endorsed by the Anchorage Daily News, which welcomes a broad range of viewpoints. To submit a piece for consideration, email commentary@adn.com. Send submissions shorter than 200 words to letters@adn.com or click here to submit via any web browser.
Comments