So much more than a meal 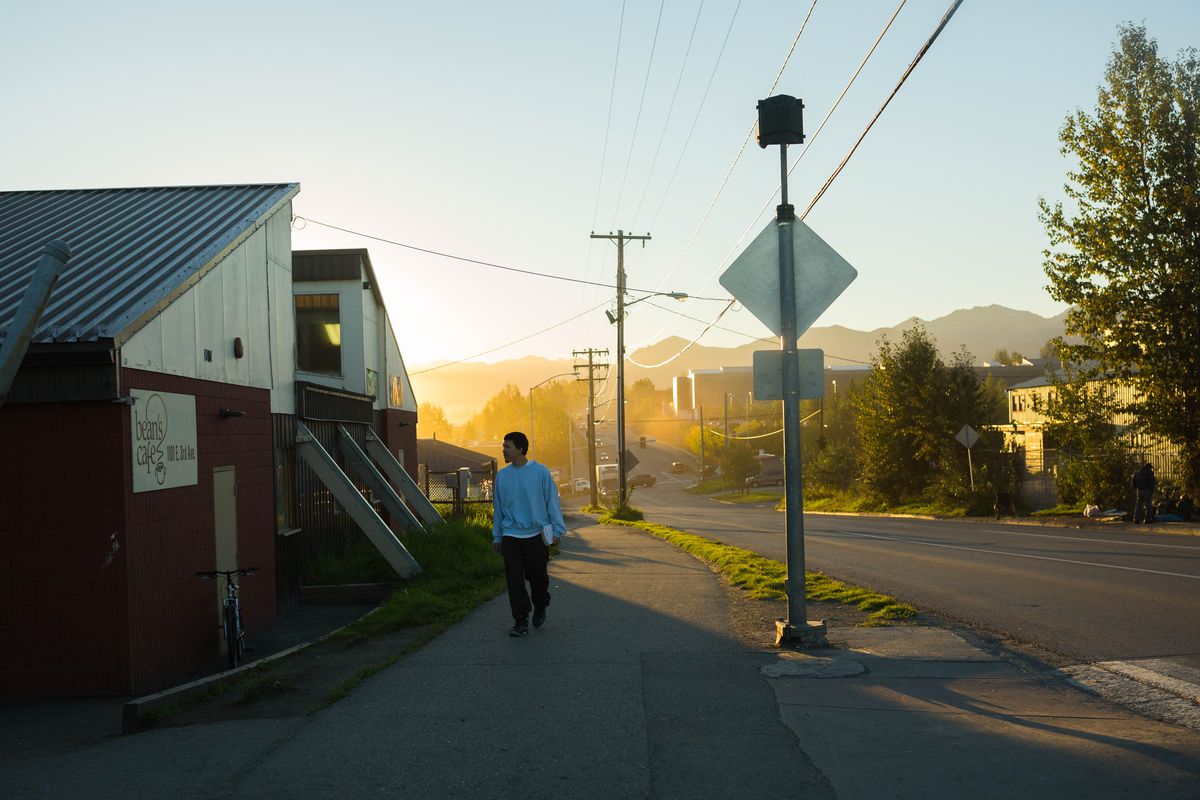 No amount of words can truly express the transformative power of a service trip. However, the people at Bean's Cafe in Anchorage spoke words my group and I could not possibly forget. Immediately after finals week, I and nine other students, along with our two chaperones, served meals to the homeless of Anchorage. Nevertheless, the entire experience felt like we were the ones being served, cared for and looked after.

Bean's Cafe can be described as home to many of the homeless and food-insecure of Anchorage. Bean's is a day shelter that serves approximately 700 meals a day between breakfast and lunch. There is no discrimination among who is accepted at Bean's. No one is required to prove that they fall below the poverty line or even prove they're homeless. They serve everyone. To most of the destitute people of Alaska, this is a place of refuge, acceptance and community.

Across the parking lot from Bean's Cafe stands Brother Francis Shelter, where our group spent two nights serving dinner and cleaning up the campus. Brother Francis provides many services to aid the homeless community in transitioning out of homelessness. Most remarkably, they board hundreds of people each night. Mattresses are lined up edge-to-edge in every hallway and room of the facility. Brother Francis works under the umbrella of Catholic Social Services, where our group spent time cleaning the pantry and walking people through a grocery store they created.

CSS organized a room of pantry items into a grocery store for food-insecure people to shop and pick out food they want based on a point system. The people going through the grocery store held a card with the number of family members they had, and on each shelf of food there was a chart that explained how many items each family could receive based on their number of family members. This allows them to spend money on bills rather than food shopping, helping them stay afloat in difficult times.

From our very first day, when we pulled into the tiny parking lot scattered with people waiting to enter Bean's, we were greeted with kindness. We piled out of our vans not knowing what to expect. A homeless woman sitting outside welcomed us with a smile and spoke the words, "Good morning, thank you for your service." Suddenly, a sense of peace and love flooded our hearts.

As we walked into Bean's Cafe for the very first time, we were taught the usual routine of putting on hairnets, aprons and washing our hands before putting on gloves. Everything was very well thought out, and they took details such as the order in which we washed our hands and put aprons on very seriously. There was no doubt in our minds the amount of care and respect every employee and volunteer had for Bean's Cafe.

Immediately, we were put to work preparing food for the days and weeks to come. They carefully schedule every meal in advance as to never run short of supplies or food. Every day, a healthy breakfast and lunch is served to about 300 people. However, Bean's motto is "So much more than a meal." Throughout the week, my group and I witnessed the ways Bean's goes above and beyond to live up to their motto.

In their founding documents from 1979, Bean's Cafe was created on the belief of the inherent dignity of every person who enters their facility. Chef Aaron, one of the head chefs at Bean's Cafe, accepted us as family, just as he did to everyone who came to the counter for a meal. The staff go beyond your typical soup kitchen by knowing almost every person's name and being friendly with everyone who enters. They treat everyone with equality and respect.

When volunteers would come behind the counter for food, Chef Aaron would make sure they get the same amount of food as the people on the other side of the counter. While they were providing a service for many, many people, they were also there every step of the way with them, understanding what it means to be in their shoes and walking with them.

Chef Aaron proved his humility to me when I was cleaning lettuce. I was told to pull out any pieces that were gross or not suited for eating. He said, "My motto is, if you won't eat it, we won't serve it." These words are the best example of everything that Bean's Cafe exemplifies and why this trip was so incredibly transformative. This was nothing rehearsed by Aaron; he humbly altered my experience by saying that to me. By that simple phrase, he broke down every stereotype my group and I held about homelessness.

Homeless is not a title given to people who have given up on life and are alcoholics and drug addicts with no motivation to get a job. Although sometimes that is the harsh reality of the matter, most times that is not the case. Chef Aaron reminded us all that they are human and they make mistakes, but they are no less of a person than anyone who walks into the kitchen to volunteer.

The clients at Bean's made the experience unforgettable. As I stood behind the counter and handed trays of fresh and perfectly cooked food to clients, just about every single one of them said, "Thank you, God bless you." Their display of faith was impressive, to say the least, and made our whole group very reflective. Their ability to keep their faith so strong in times of great hardship was inspiring and encouraged us to seek better relationships with God.

The atmosphere created at Bean's Cafe is so hospitable that when we took off our aprons for the last time, it felt like I was boxing up the last of my home's possessions and moving out. As we were leaving for the last time, Chef Aaron said, "You have to come back to Alaska." Their inviting, community-oriented atmosphere was unwavering, from the second we stepped out of the van on Day 1 to the day we said our last goodbyes. I will never forget the generosity and love I was shown in Alaska, and I will forever try to model my attitude off the hopeful and grateful people of Bean's Cafe.

Virginia Farrell is a student at the University of Scranton in Pennsylvania who recently completed a stint as a summer volunteer at Bean's Cafe.