Alaskans, not Outsiders, oppose Pebble mine 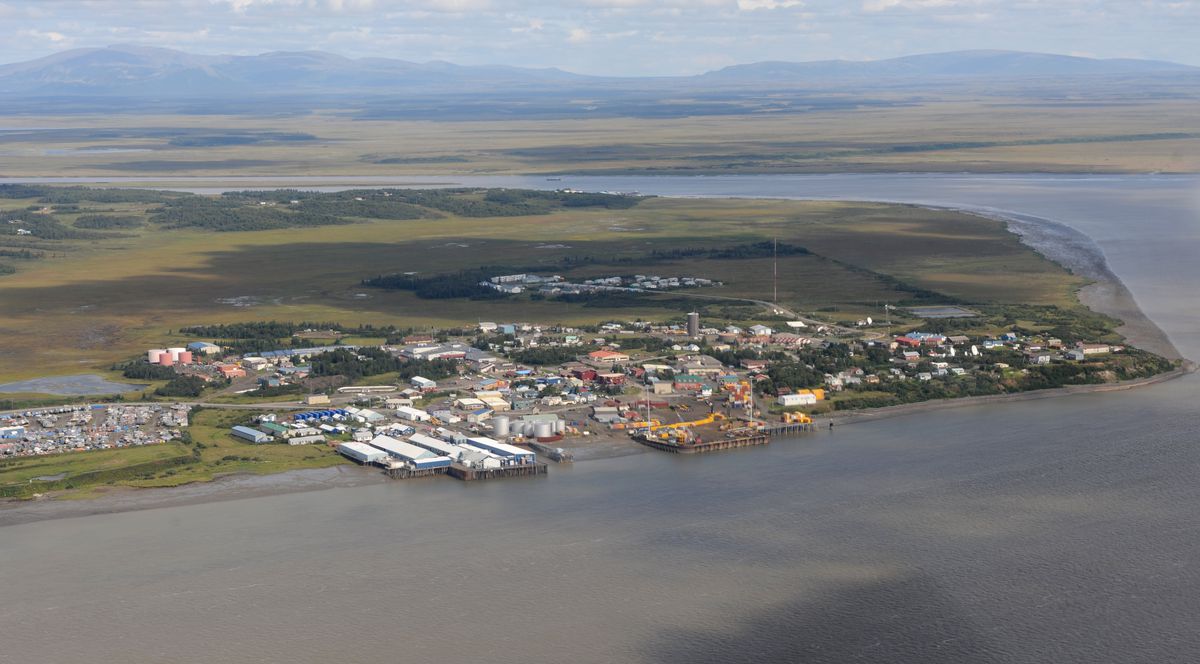 The scoping period for the U.S. Army Corps of Engineers' review of the proposed Pebble mine permit application concluded on June 29, around the same time that Bristol Bay's robust commercial salmon fishery was in full swing. Although the purpose of the scoping period is to provide the public with an opportunity to identify the issues the Corps should address in the review process, the period ended with many unanswered questions about the project proposal itself.

The Pebble Limited Partnership (PLP) has yet to answer or is unable to answer some very basic questions about the proposed project, and its permit application lacked the type of information and documentation that would normally accompany an application for a project as complex and controversial as Pebble. It is therefore no surprise that many Alaskans — including all of the undersigned and the governor — asked the Corps of Engineers to suspend its review.

A major reason a suspension is justified is that PLP's proposed mine plans fundamentally changed during the scoping process. After the Corps' public scoping meetings had concluded, the Pebble partnership substantially revised its mine plans to increase the quantity of mined materials during the first 20 years by 25 percent, increase the size and change the contours of the proposed open pit, change the layout of the tailings storage facility and increase the power plant capacity, among other changes. It would seem that the project plans are yet still a moving target.

A second justification for the suspension concerns the tailings storage facility , the structure in which the project will store all the waste rock that it excavates during production. Following the Mount Polley tailings dam failure in British Columbia, Pebble CEO Tom Collier went on record to assure Alaskans that the facility for Pebble would not suffer a similar fate. PLP's website statement at the time read, "(t)o ensure that Pebble meets the standards and expectations of Alaskans, PLP CEO Tom Collier has committed to submit the engineering design for the project's tailings storage facility to an independent review prior to initiating permitting." PLP has not done this. This is another broken commitment from the company that is asking Alaskans to trust it with the health and sustainability of the world's greatest remaining wild sockeye salmon fishery.

We also do not know at present whether any scale of mining operations at Pebble is economically feasible. PLP has not completed a financial feasibility study. PLP prefers to let the Corps of Engineers and the thousands of Alaskans who are concerned about the project endure a prolonged permitting process before it assesses whether the project will pencil out. This puts the cart before the horse. By way of comparison, the Donlin Project in Western Alaska completed multiple economic feasibility studies before filing for its permit application with the Corps.

Another area of concern is that PLP has once again lost its financial partner. First Quantum Minerals pulled out of its framework agreement with PLP's parent company Northern Dynasty Minerals last May and cut off its funding for the permitting process. To date, no new partners have emerged. This begs the very real and immediate question. Can PLP fund the current permitting process?

Shifting mine plans, the lack of an independent tailing facility engineering review and financial uncertainty are far from the only red flags. PLP's permit application is lacking sufficient and recent environmental baseline data for many project components, including an adequate wetlands delineation and a compensatory mitigation plan. The Corps itself has acknowledged extensive data gaps through its more than three dozen Requests For Information sent to PLP's permitting contractor. Many of these requests remain unanswered.

PLP has reacted to this criticism with bluster. Collier has dismissed the criticism of Pebble as the work of "national environmental groups" that are "anti-Alaska, anti-development." But that is not the case. We are Alaskans and we oppose the project.

Let us not forget what is at stake. Bristol Bay's commercial salmon fishery once again opened with remarkably strong early-season returns in the Nushagak District, including multiple days with sockeye salmon harvests exceeding a million fish. The Nushagak is also one of the few rivers in Alaska experiencing a normal run of king salmon. Successful management has sustained the commercial and subsistence fisheries in Bristol Bay for well more than 100 years and can continue to do so for many generations more.

The proposed Pebble mine poses fundamental and unacceptable risks to the salmon fisheries of the Bristol Bay region and the economic and subsistence benefits those fisheries provide. Suspending the permitting process is right thing to do. It is the only option for all who depend on Bristol Bay for their livelihoods and way of life.