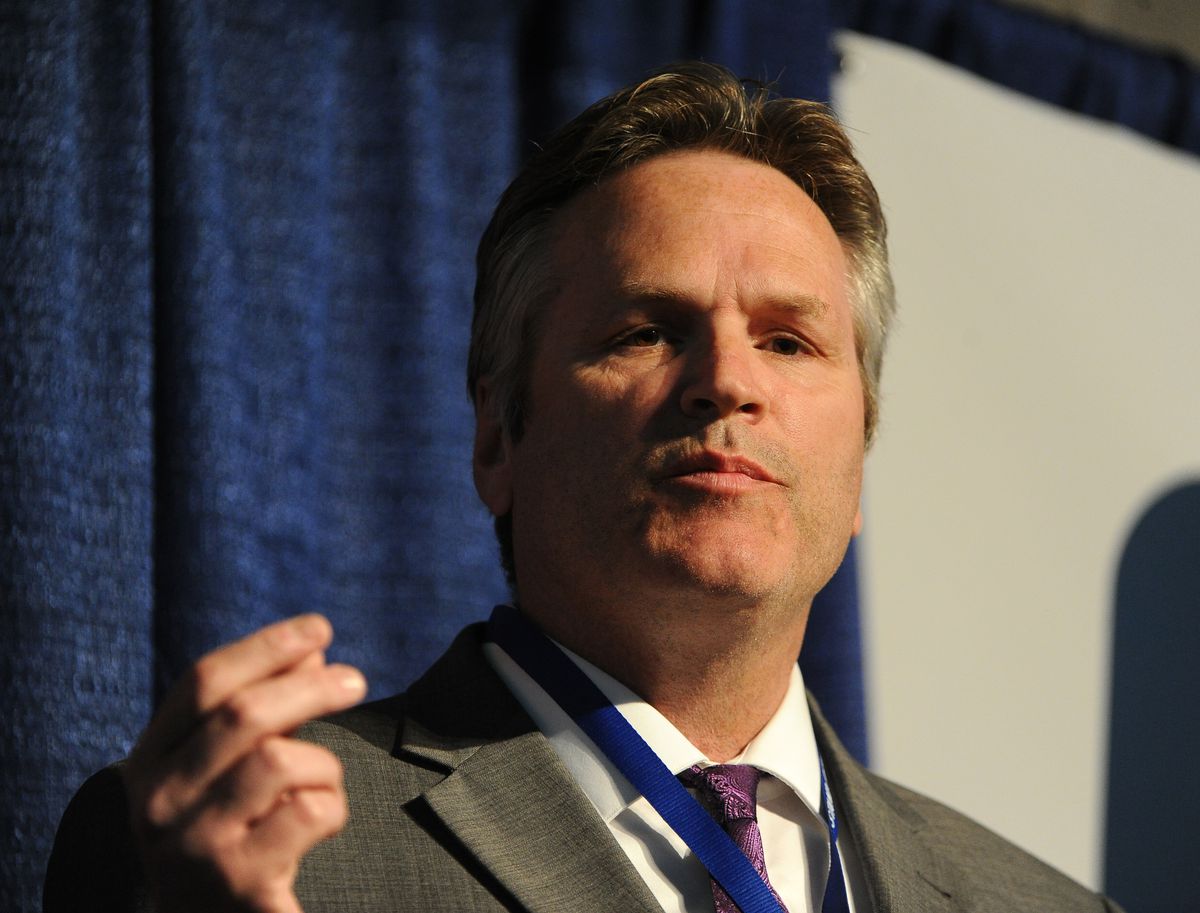 Sen. Mike Dunleavy speaks at the Alaska Oil and Gas Association’s governors debate at the Dena’ina Center in Anchorage, AK on Thursday May 31, 2018. (Bob Hallinen / ADN)

Sen. Mike Dunleavy speaks at the Alaska Oil and Gas Association’s governors debate at the Dena’ina Center in Anchorage, AK on Thursday May 31, 2018. (Bob Hallinen / ADN)

Let me offer hope to those who believe we can (and should) reduce state spending.

It is possible to balance the budget without a tidal wave of new taxes or reduced Permanent Fund dividend checks in the next few years — if we have the smarts to focus on things that will work.

I should know. I spent years in Juneau as a state senator, serving on the Finance Committee. While some progress was made in controlling state spending, it's also true that many opportunities for more meaningful reductions were passed over due to fierce opposition from entrenched special interests.

For years, record high oil prices saved us, but the increased revenue masked the harsh reality that oil production was falling. Then, when oil prices crashed, the state was left with a huge budget gap. Since that time, the conversation has shifted to finding new money to fund government. We must take a balanced approach to funding government. But the message I hear from voters is loud and clear: They want serious budget cuts, not a policy of trying to tax anything that moves, as Gov. Bill Walker has done since taking office.

The good news is that even with recovering oil prices and a small but historic increase in production, we can change the way state government does business for the long term. Alaskans years from now will thank us for it.

As governor, I will set out to reduce the state's budget as an act of policy. My commissioners will be instructed to find savings, but only in practical ways. It makes no sense to me, for example, to force cuts on the one department that delivers a real return to the state treasury (the Department of Natural Resources). That would be a desperate and clumsy move. It would do more harm than good in the long-term.

Instead, with new leadership at the helm, my administration will change the way the state does business. Will it be difficult? Yes. Will special interests yell and scream? You bet. I won't avoid the hard work just because it is uncomfortable —change is always hard, especially when the same people who have done the same thing for years tell us "but we've always done it this way." It is past time to change that line of thinking, and demand that we approach state spending in a completely different manner.

How do we do that? Here is a simplified version of my philosophy:

I'll also listen to and work hand-in-hand with the new Legislature, which will look dramatically different next year. With all the energy and enthusiasm provided by eager-to-serve legislators, we can share good ideas and figure out ahead of time what will and won't pass. I won't waste time on proposals that have no chance of passing, as Gov. Walker has done; it's a recipe for disaster, leading to petty infighting and too many expensive special sessions to count.

I'm committed to bring Alaska's people along on this journey, letting them know, in real time, what issues are at stake and how proposed changes will affect them. The word "transparent" is thrown around loosely these days, but my office will establish real budget numbers, getting away from the phantom accounting used by the current governor. And while budgets are admittedly complex, we'll do our best to present information that is meant to inform, not confuse, Alaskans.

Of course, the best solution for bringing more money to the state is through
economic growth. A thriving economy leads to a happier, more productive population as jobs and wages increase. It also boosts the flow of revenue to government so the budget becomes easier to balance. Not to mention, new wealth from economic growth makes it possible for new ideas and new entrepreneurs to flourish. As governor, I will pursue private-sector investment and economic opportunities at every turn.

Second, we must identify the big cost centers that can be fixed to really change long-term spending.

Education has grown hugely expensive but less effective. Our students deserve better, and Alaskans are demanding a better return on their sizable investment. Reforming education is an enormous but mandatory task.

The state's various purchasing agencies should study the purchasing practices of large, private employers here in Alaska. Resource development companies move at the speed of technology, not the speed of bureaucracy. When you can lease office space for less money using the private sector's formula, it's worth asking big organizations to share best practices. The same can be said of human resources and how to structure more productive employee teams.

Alaska's health care system is the largest single driver of costs in our state. One giant solution, no matter if it's government or private sector-driven, just won't work. We need dozens of small yet specific, measurable reforms, all geared toward lowering costs, improving access and finding compassionate solutions.

These initial steps should give Alaskans confidence that an organized, structured approach to cutting spending is possible. A bold plan, paired with a leader who has the backbone to carry it out, can reduce state government's footprint in Alaska.

Working together as Alaskans, we can do it. I would like to make it a reality as your next governor, and I am asking for your vote.

Mike Dunleavy of Wasilla is a former state senator and is running for the Republican nomination for governor.

Gov. Mike Dunleavy, R-Wasilla, is the 12th governor of the state of Alaska.