Native memory: Lela Oman and the secret stories from the time before 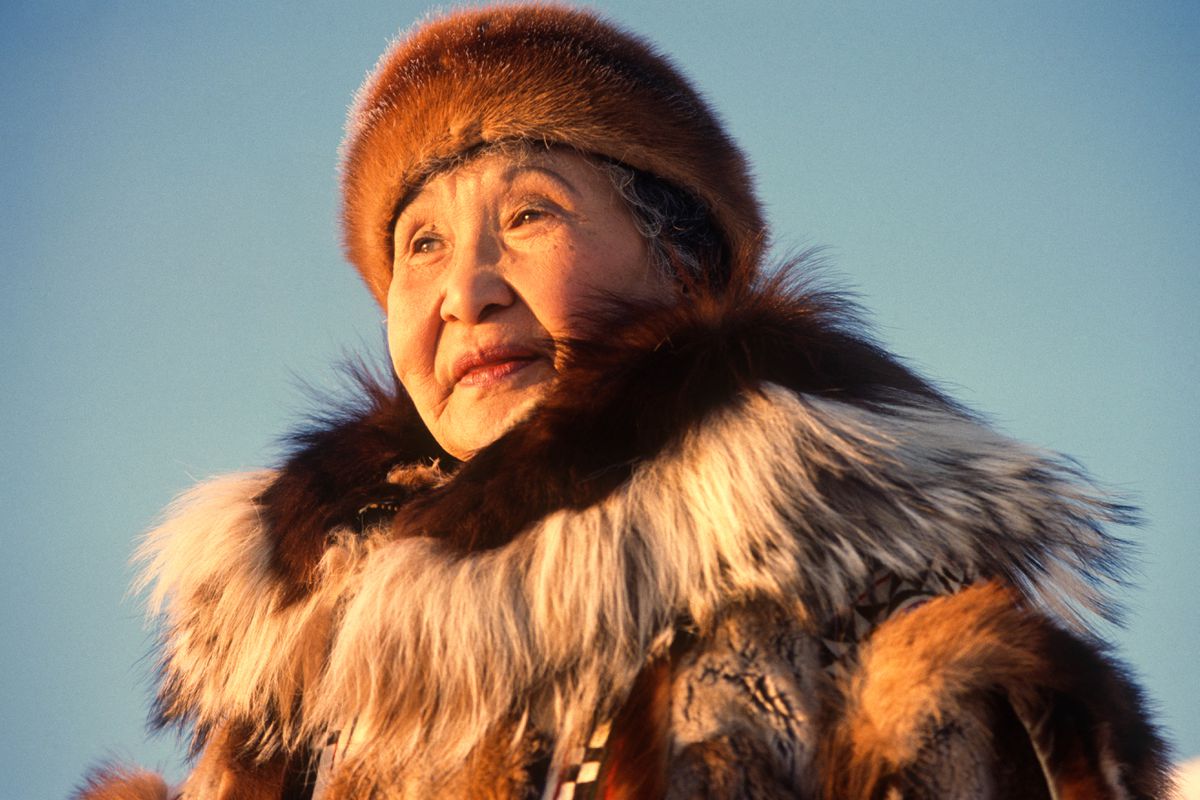 The world in which Alaska Natives once lived is beyond what most of us can imagine. But Lela Kiana Oman could.

Oman, who died recently, was the first child born in the Northwest Alaska village of Noorvik, in 1915, a time when the spirituality and lifeways of pre-contact Inupiaq people were still within reach. Her father made her into a secret conduit from that time.

Jim Kiana drew his children around him at night — Lela was the seventh — to pass on knowledge that was banned. He told stories that explained the world his ancestors had known and in which his family had always lived. And he told them to remember, but to tell no one.

That passing world was one of magic and connection, in which every living thing had a spirit, and even ice and mountains, too.

Spiritual beliefs weren't metaphors or set-asides for Sunday morning. They were real and operational every day, a critical part of a universe in which death or a thriving life depended hour-by-hour on the kindness or harshness of nature as well the ability of men and women in subsistence skills.

I met Oman more than 20 years ago, when she published the greatest of the stories she learned from her elders, including her father, whose original name had been Aqsiivaaggruk Agsiataaq Kuugnaq, as she gave it to me.

He descended from shamans and umialiks—respected leaders—who once owned the Kobuk Valley. He was spiritually gifted, too, but not a shaman, because times had changed. Even when I talked to Oman the in the 1990s, mention of shamanism remained uncomfortable, almost inappropriate.

"The Epic of Qayaq; The Longest Story Ever Told by My People," is the story of the twelfth son of a couple whose older brothers all paddled up the Selawik River and never returned. Qayaq himself is drawn to follow and to save the human race from evil. His odyssey comprises the novel-length tale.

On his journey, Qayaq is protected by spiritual gifts from his father and mother. His father, as Oman wrote, gave him words of power before he departed.

"If you think you are breathing your last, you must remember the little pebbles," the father tells Qayaq. "Each and every one will be useful to you, at separate times."

I was 32 when I met Oman and she was 80. I hadn't yet thought about the pebbles our parents give us to swallow, the words they give us to live by. Now that mythic moment reminds me of the equally powerful moment Oman told me about from her own life.

Oman would never see Inupiaq dance until she turned 18. The Baptist missionaries in the village forbade dance and tried to crush the culture. She was sent away to the boarding school in Eklutna.

"They made people believe that telling stories was a sin," Oman told me. "But my father did not see it that way. When other people stopped telling stories, he did not, because he didn't believe it was a sin. He would tell us, 'If we tell you the stories tonight, don't spread them around, don't tell people about them, because then you will be known as children of sin.' And some of those strong Christian people did think we were evil."

In her own journey, Oman kept adding to the collection of stories, gathering pieces of the Qayaq epic from her uncle and aunt, from people she met at a roadhouse she owned with her husband in the 1940s in the now-abandoned village of Candle, and from Daniel Foster, of Kotzebue, who called her to him in the 1970s shortly before he died.

Then she wrote the stories. Beautifully.

And the other thing Oman made with those pebbles was a beautiful life. Even at 102, her passing brought sadness around Nome, where she was remembered for her encouraging smile and unflagging energy. Jenny Alowa called her a role model for women.

"She was the most pleasant and happy person you ever want to meet and she always dressed herself so nice," said Alowa, who now lives in Anchorage but grew up in Northwest Alaska. "You ask anyone in Nome and they will always say good things about her."

Oman raised a large family, now spread across Alaska and the United States, and had many friends. In an obituary and in social media posts, they recalled her strength, kindness and acitivity, and the memories they have of her cultural work, processing fish and sewing.

"She instilled a sense of worth and responsibility in each of us, traits that made her life what it was," the family wrote.

"She was a very spiritual woman, too, you could feel her spirit," Alowa said.

Oman's life contained the contradiction of Alaska Native spirituality, with her powerful connection to pre-contact beliefs and her deep religiosity as a member of Nome Covenant Church. She successfully walked in two worlds—at least two.

I remember watching her face changing, in 1995, as she greeted friends and strangers while selling copies of her "Qayaq" book at a craft fair in a Nome gymnasium. She offered yet another face to me.

Sitting under the basketball hoop, I asked her the favorite part of the epic.

Hard to choose, she said, because each part connected to the person who told it. But she recalled her father relating the end of Qayaq's journey, when he finally came home to find his parents gone and the riverbank empty where their house once stood.

Oman began to cry as she told me the story.

No trace remained but a small stump, where Qayaq alit as he turned into a sparrow hawk.

"It made him so sad, and I'll never forget the way my dad explained it," Oman said. "It was so sad, with his little red beak on his chest."

Next: The boy from New Jersey who helped save Dena'ina culture from forgetting.