A note to my home 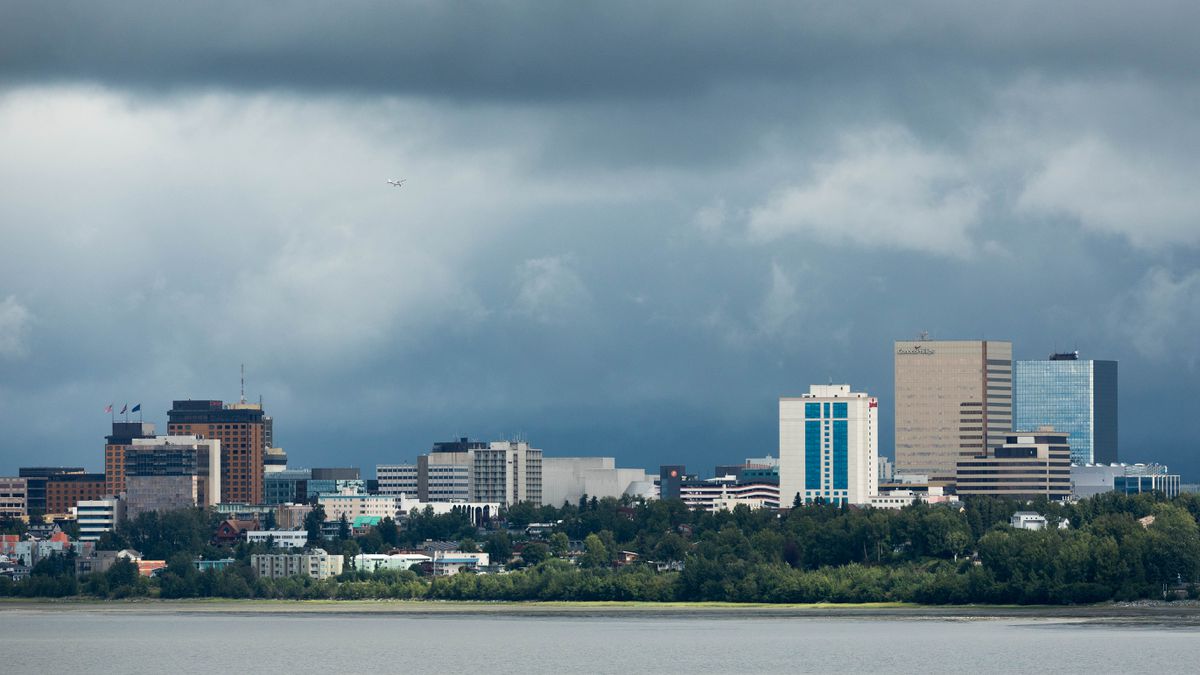 Several years ago, I spent time scrolling through microfiche in the library where I now live in Charlotte, North Carolina. I wanted to know the weather conditions my father found when he first arrived in the U.S. While I was born and raised in Anchorage, my father had a story that began in Kingston, Jamaica. In January 1967, he immigrated to New York City.

On page L55 of the January 1, 1967 edition of The New York Times, I discovered my father likely arrived to highs in the low 40s and lows in the low 30s. It was a very mild January day when set against the reality of my Anchorage childhood. Next to the weather report was a three-paragraph article with the headline, "'Seward's Folly' Observes 100th Year Since Purchase."

Seward's Folly. Alaska. My home state. A place that would entwine itself with the very life of both my father and the children he couldn't yet imagine. When I saw mention of Alaska alongside the New York City weather report, all I could do was grin. It was as if the universe already knew that this place would forever matter to my family.

It would be several more years before my father made his way to Anchorage, the move the result of a draft notice. He spent a handful of years at Fort Richardson repairing helicopter operating systems and experiencing his first deep winter cold. Somewhere in the timeline, he returned to Jamaica, married my mother, and brought her north to Alaska too.

It's been more than 20 years now since I first left Anchorage for college. While I've returned to live a handful of times, it's been 10 years since I last lived ordinary life there. I left with the dreams that so many young people have: see distant places, embrace the world, find myself. Now as the decade of my thirties begins to close, I often ponder the place I've always called home.

My Jamaican parents raised their daughters in Anchorage. I grew up with the conflation of two worlds: the slow-cooked oxtail and a freezer full of salmon. My sister and I are Jamaican Alaskans—if that could be such a thing. Nestled in the reality of a childhood in the Anchorage bowl, I grappled with being the black daughter of Jamaican immigrants raised so far from my parents' original home.

When people ask me what it was like growing up in Alaska, I answer with the nuanced view that I think is the hallmark of the writer I've become. I speak of fishing trips to the Kenai. I mention being the only black child in my elementary-school classroom. I highlight the strangers who embraced my parents as family.

With my stories, I offer the truth of what was beautiful and what was hard. I let these words sit in the realm of complexity rather than reducing them to the binary of "good" or "bad." In the acknowledgements section of my book of essays, "All the Colors We Will See," I thank Alaska. I write with a richness because of my life there.

At this point in time neither my father, mother, sister, nor I make our home in Alaska. And yet Alaska is there in the memories of our lives and the stories we tell. Anchorage grounds our particular creation mythology. This Jamaican family carving out a life in the 49th state becomes the foundation for who I am.

That long-ago article about the 100th anniversary of Seward's Folly whispered to me of the beginnings of my family's inevitable ties to Alaska. Those ties cannot be broken.

Patrice Gopo is the author of "All the Colors We Will See: Reflections on Barriers, Brokenness, and Finding Our Way," an essay collection about race, immigration, and belonging. Her website is patricegopo.com.