The riddle of why black cats get such a bad rap 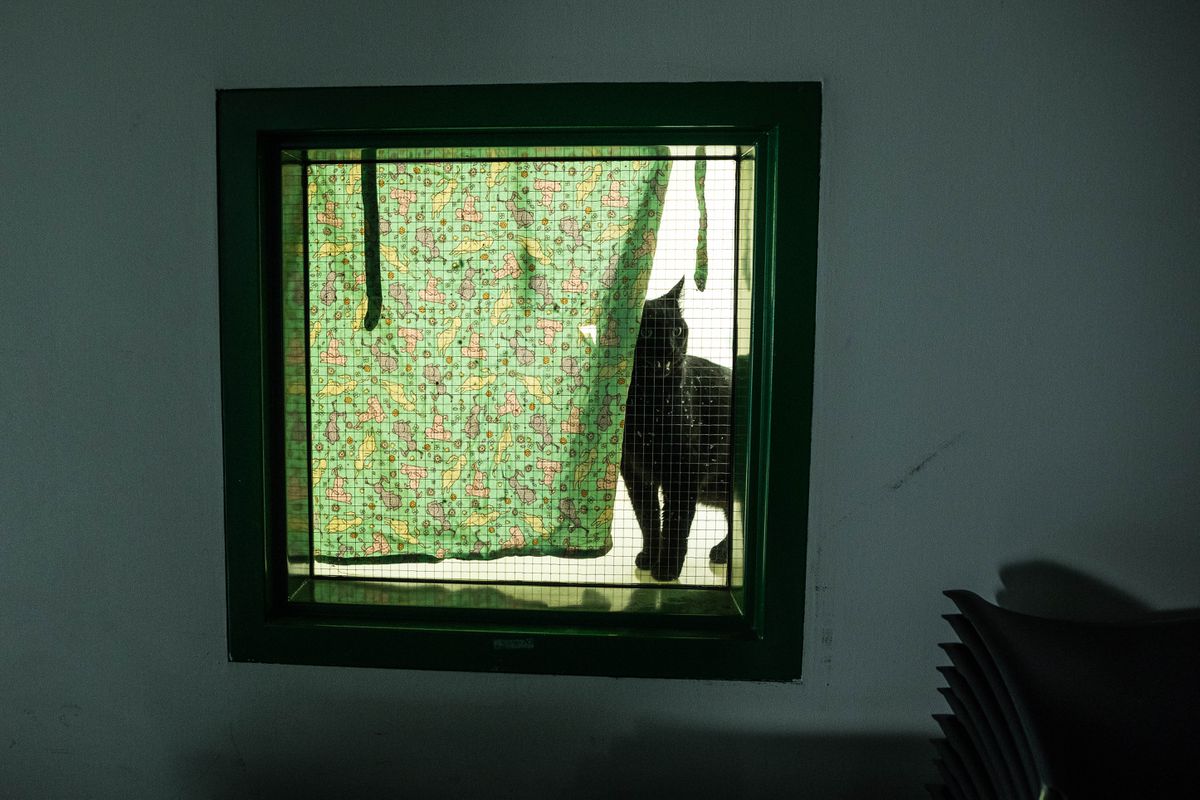 Black cats are spooky, standoffish and unlucky — or maybe just unlucky themselves, as their bad reputation makes them more likely to languish, unwanted, at the animal shelter.

Or maybe none of that's true. How would we know and choose what to believe?

I followed black cats into these questions after hearing about Black Cat Appreciation Day at the Anchorage animal shelter. Saturday is the best time to adopt a cat — of any color — as the pound offers deep discounts in a national Clear the Shelters event.

I felt sorry for the black cats. They didn't do anything to be the villains of folklore or the subjects of so many construction paper cutouts in second-grade Halloween decorations.

My reaction to the issue matches my political and cultural orientation. I become indignant about unfairness and I'm resistant to prejudice, even against black cats. Other people's superstitions don't mean much to me. I never throw salt over my shoulder and I'm happy to have bananas on my boat.

But it turned out I was wrong. Black cats are as likely to be adopted as any other color cat. The reason the shelter has more black cats is because more black cats come to the shelter, said Laura Atwood, public relations director for Anchorage Animal Care and Control.

"I'm married to a scientist. I am going to go with the data," she said. "But I am one of those people who, when I walk through the shelter, I think, 'Oh no, our black cats aren't getting adopted.' It just becomes this perception."

Atwood directed me to a blog by the vice president of equines at the American Society for the Prevention of Cruelty to Animals (I'm not sure why the feline VP didn't take this one on). It explained that the myth that black cats don't get adopted is as strong as the false beliefs that black cats have cold personalities or bring bad luck.

Yet those facts seem to have no impact on what people believe to be true, according to Emily Weiss, the ASPCA equine veep.

"We tend to grip hard to myths, and sometimes when our beliefs are challenged by data, we grip even harder," Weiss wrote.

Social scientists have demonstrated this phenomenon in experiments.

Brendan Nyhan, of the School of Public Health at the University of Michigan, with colleagues, tested hundreds of subjects to find out what it would take to get them to let go of false beliefs.

In experiments about 10 years ago, the professors presented subjects with mock newspaper articles containing false statements about the effect of tax cuts or the presence of weapons of mass destruction in Iraq before the U.S. invasion. Then the subjects received evidence that the statements were false.

For those people whose beliefs aligned with the false statements, the contrary evidence not only failed to correct the falsehoods, it made them believe the inaccurate information even more strongly.

I suppose psychologists could give plenty of reasons for this — but who would believe them?

In my opinion, facts often come last when we form opinions. First come cultural and family perspectives. Next, self-interest. Those ingredients cook up in the bubbling pot of our emotions until opinions float up like scum on soup.

Finally, after a belief congeals, we gather facts to solidify it.

It's easy to see this process in other people. I think of conservatives who tell me they don't believe climate change is caused by humans because they don't want more government control of the economy — but of course, that desire has nothing to do with the physics of the atmosphere.

Seeing errors in myself is much harder. For example, I was skeptical of the power of prayer until I encountered it in the lives of the people I love the most.

A good rule of thumb: Examine most closely those beliefs you're surest are true.

An even better rule: Just be a good person, regardless of what you believe.

Pet photographer David Jensen has followed that program for a long time. We chatted about why people distrust black cats, but what I got out of our conversation was the depth of his love for all animals.

Jensen has volunteered to shoot photos of Anchorage strays for 30 years. He has photographed more than 2,000 of them.

"People say I have a great deal of patience," he said. "You have to wait for them, study them. They've been through so much, sometimes from the streets and sometimes from abuse."

On Thursday he was photographing black cats only, trying to show they are not scary.

"If I can connect and show those eyes to somebody else through a photograph, it's going to give that animal a chance of finding a home," he said. "You see a transformation when they start to accept that they're in that forever place."

I wonder how many lives he has saved.

Atwood said animal numbers build at the shelter over the course of the summer, as more strays come in and fewer people adopt. When the cages fill, the staff has less flexibility to keep marginal animals alive.

The story is worst for cats. Roughly equal numbers of dogs and cats come into the shelter, but dogs are about five times more likely to be reclaimed by their owners.

"We are overloaded on kittens," Atwood said.

On Saturday, the cats will get their chance. Cat adoption fees are marked down to $15 — they usually run from $62 to $152. Donations from good-hearted people are making that happen, as well as a $10,000 prize the shelter received from a pet food company for a story about a pound cat named Linus.

Linus has become the shelter's spokescat, frequently on the Facebook page or making public appearances.