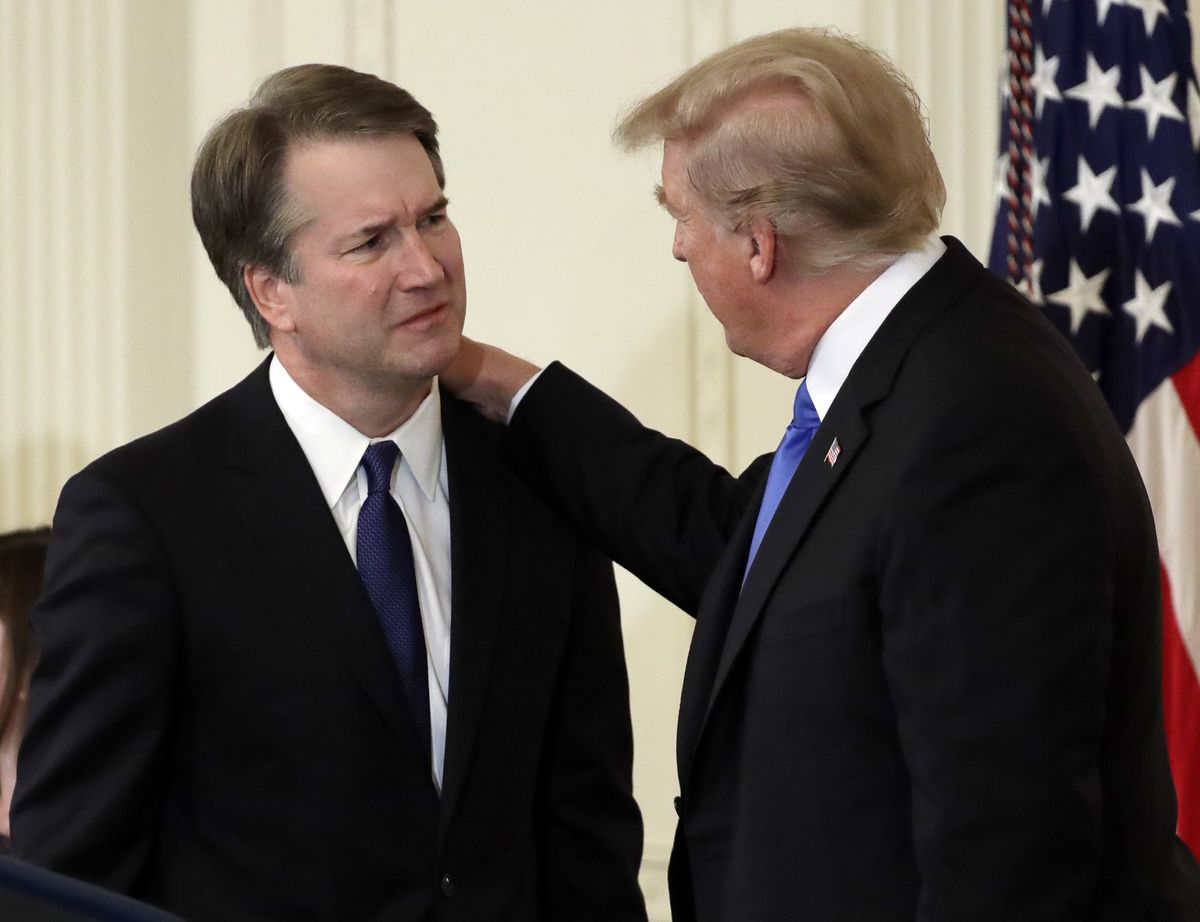 The United States Senate would serve our country by confirming Brett Kavanaugh to the Supreme Court. Judge Kavanaugh's immense qualifications and exemplary record alone should carry him to the bench. But to those of us who care about our nation's Constitution, and the clear roles between our different branches of government, the stakes are too high to assume qualifications are the determining factor during a confirmation process.

Like many western states, Alaska has a high-friction relationship with the federal government. Time and again, judges insert themselves into decisions involving land management, wildlife protection and reasonable access to our resources. The lives of Alaskans and Americans in western states are affected every day by what happens in the sealed chambers of a judge's mind.

Many of our nation's federal courts have become de facto lawmaking chambers. Instead of interpreting laws and determining constitutionality, many federal judges proclaim decisions effectively creating new laws never envisioned by a legislative body or regulatory agency. Instead of "calling balls and strikes" as Chief Justice John Roberts said a good judge should do, many of the judicial umpires craft new rules of their own design.

Andrew Kleinfeld, a 9th Circuit federal judge from Fairbanks, wrote, "The Founding Fathers did not establish the U.S. as a democratic republic so that elected officials could decide trivia, while all great questions would be decided by the judiciary."

Millions of voters, in western states and throughout America, demand the right to decide the great questions facing our vast nation. To do that, we need judges who believe in the Constitution.

The President appointed Judge Kavanaugh, a man with credentials from America's finest schools and a record on the D.C. Circuit Court of Appeals spanning nearly fifteen years. At least a dozen Supreme Court decisions directly sided with the opinions Judge Kavanaugh wrote, affirmation that the highest bench in the land, time and again, found his arguments worthy.

We are impressed by the praise Judge Kavanaugh receives. Akhil Reed Amar, a professor at Yale Law School, one of the country's pre-eminent legal scholars and an avowed progressive, penned a piece in The New York Times last month making the case for confirming Judge Kavanaugh.

One line of Professor Amar's review is striking: "Good appellate judges faithfully follow the Supreme Court; great ones influence and help steer it." Professor Amar's explanation of how Judge Kavanaugh's fairness and even-handed track record have already affected our judiciary is profound and convincing.

Because he was appointed by President Trump, progressive interest groups were mounting attacks against Brent Kavanaugh before he was even selected. They are now ferociously lobbying the United States Senate to oppose him, having replaced the placeholders in their press releases with his name.

These groups are not interested in anything Judge Kavanaugh has accomplished; their only goal is a manufactured political victory, and they are pressuring Alaska's senators to get it. That's not the way a nation under the rule of law should choose a Supreme Court judge. We deserve better.

President Trump committed to appoint good judges who analyze the law, uphold the Constitution and don't legislate from the bench. Our senators have committed to support good judges and protect the integrity of our courts.

The President upheld his campaign promise; that's why we have Justice Neil Gorsuch, and why Judge Kavanaugh stands ready to join him. We ask our U.S. senators to keep their commitments to the voters and confirm Judge Brett Kavanaugh to the Supreme Court.