Oil and ANCSA were crucial to improving conditions in rural Alaska 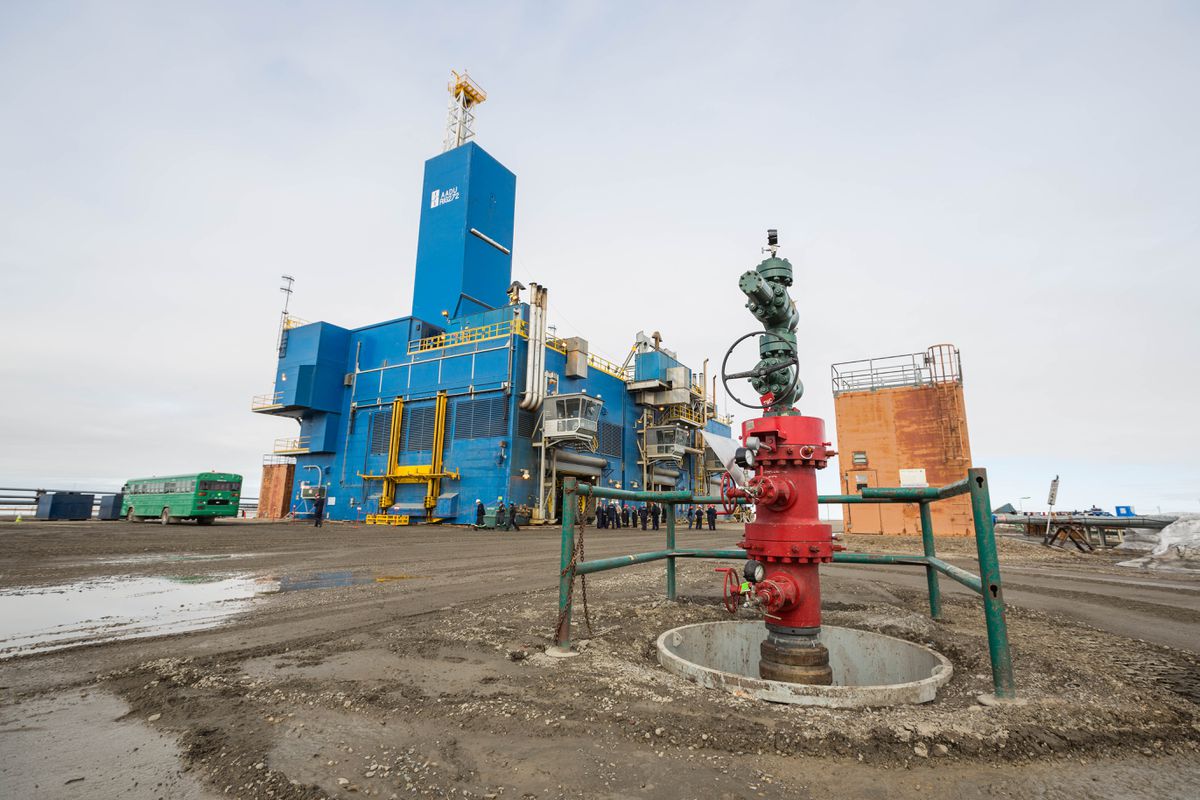 Oil well 10 at BP’s drill site L3 on Alaska’s North Slope on Friday, May 22, 2015. Behind is Parker Rig 272, which is drilling into the Lisburne Reservoir. (Loren Holmes / Alaska Dispatch News)

Oil well 10 at BP’s drill site L3 on Alaska’s North Slope on Friday, May 22, 2015. Behind is Parker Rig 272, which is drilling into the Lisburne Reservoir. (Loren Holmes / Alaska Dispatch News)

There has been much discussion throughout the state in the past decades about how development of our natural resources has impacted Alaska. The general consensus is that while it hasn't been perfect, on the whole, we are a far better state because of our vast natural resources and their development. But there is a small circle of people who persist in arguing that development of those resources has been bad for Alaska. When I hear such arguments, I have to wonder if there is a larger agenda at work here — an agenda that would leave our resources in the ground and deny economic opportunity to all Alaskans, particularly those who I represent as the mayor of the North Slope Borough.

That was my suspicion when I read Charles Wohlforth's opinion column in the Anchorage Daily News entitled, "The oil boom made Alaskans richer, right? An economist says no."

In the column, Mr. Wohlforth uncritically cites a University of Alaska Anchorage economist who, through use of complicated data, "found that the economic benefit that oil brought to Alaska was consumed by population growth."

While I don't buy that having more people in our state automatically makes for a net loss to the state as a whole, I do agree that too many Alaskans are focused on what they can get out of the state, as opposed to what they can give. Maybe that's the result of the "resource" curse that Mr. Wohlforth discusses in his column. Or maybe that's because too many have too little invested in our state. Maybe it's all of those things in certain parts of the state. But as we all know, Alaska is a big place, and while some might argue that in some ways certain parts of Alaska are poorer, that's clearly not true in all areas or an argument I would embrace. The North Slope Borough, for one, is vastly better off because of our resources, as are so many of the Alaska Native communities throughout the state.

Mr. Wohlforth, a lifelong Alaskan, should know this history. But maybe the economist he cites, who is a newcomer to Alaska, doesn't. Before my people were able to lobby successfully to pass the Alaska Native Claims Settlement Act which paved the way for production of oil from Prudhoe Bay, conditions in many parts of rural Alaska were horrific. Poverty and disease ran rampant.

In 1953, at the bequest of the Interior Department, researchers, professors and medical doctors from the University of Pittsburgh's graduate school of public health traveled throughout rural Alaska conducting a public health survey. From their report, what they saw — the conditions that they witnessed by those who lived just a generation ago — shocked them.

"The indigenous peoples of Native Alaska are the victims of sickness, crippling conditions and premature death to a degree exceeded in very few parts of the world," the team wrote in their introduction. "Among them, health problems are nearly out of hand. If other Americans could see for themselves the large numbers of the tuberculosis, the crippled, the blind, the deaf, the malnourished and the desperately ill among a relatively small population, private generosity would dispatch shiploads of food and clothing for Alaska alongside the cargoes setting out for Korea, doctors and nurses would be mobilized and equipped with the urgency of the great hospital units in wartime."

Still, conditions didn't change until a powerful group of Alaska Natives were able to successfully lobby for ANCSA and for self-determination.

Change has been incremental, but because of our resources, we have been able to wrest our way out of the kind of third world conditions that I'm pretty sure neither a University of Alaska economist from California nor a columnist for the Anchorage Daily News could imagine living under.

I, along with the people of the North Slope, and so many villages across rural Alaska, are the proud beneficiaries of what our people fought for.

Things are not perfect, but because of proceeds from oil production, we in rural Alaska are able to stay here at home with our families to go to school. We are able to eat our Native foods, practice our Native dancing and speak in our Native tongues. Many of us now have a cutting edge medical clinic in our rural hubs. We can heat our homes and turn on our lights with a flick of the switch. We aren't one whaling hunt away from starvation. We have amenities and opportunities that those who came just a generation before us — including my parents — could only dream of.

We are able to have all of this and still be rich in spirit.

Maybe next time a university economist conducts a study on the effects of resource development in our state, and maybe next time an ADN columnist writes about that study, they could ask us, those who are closest to the resources, what we think.

In our own ways, we might tell them this: No matter the political motivations of those who will insist on casting a dim light on our achievements, we won't let them take away what our ancestors fought for.

Harry K. Brower Jr. is the mayor of the North Slope Borough.