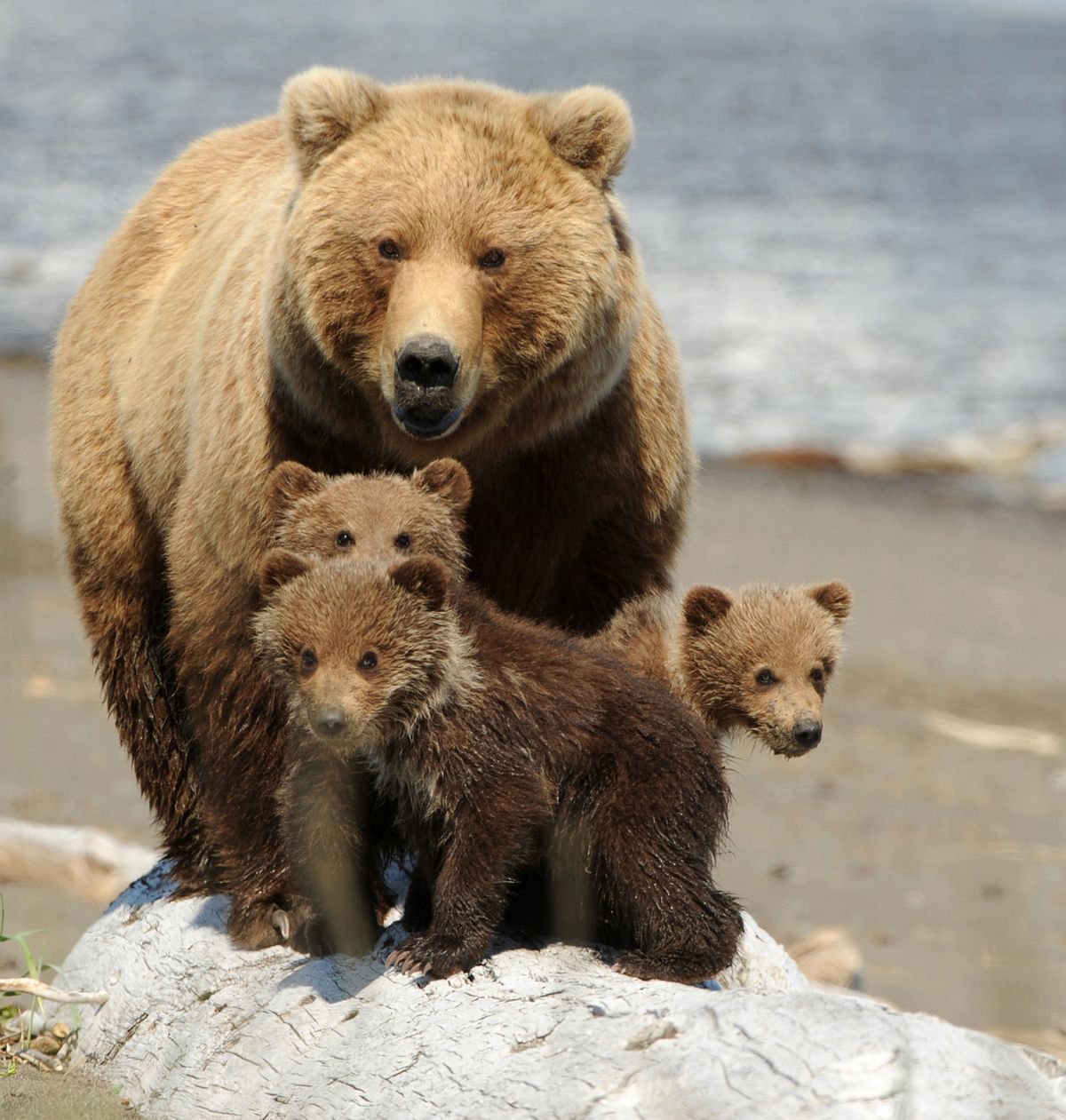 A sow and her three cubs walk up a large driftwood log away from the approaching tide in Hallo Bay. Hallo Bay, within Katmai National Park and Preserve, is a premier place to view brown bears. Photographed June 12, 2013. (Anne Raup / ADN archive)

A sow and her three cubs walk up a large driftwood log away from the approaching tide in Hallo Bay. Hallo Bay, within Katmai National Park and Preserve, is a premier place to view brown bears. Photographed June 12, 2013. (Anne Raup / ADN archive)

The current proposal by the Trump administration, in collaboration with the Walker administration, to permit unethical and unscientific predator control practices on National Park Service lands in Alaska is contrary to Alaska's interests and should be abandoned.

For 44 years, the state of Alaska and the park service had a mutually agreed upon relationship for wildlife management on federal conservation units enshrined in the Alaska Statehood Act, the Organic Act and the Alaska National Interest Lands Conservation Act. The agreement, in practice and in law, spanned many state and federal administrations. One specific purpose was to protect and conserve the treasured wildlife of Alaska's national parks.

Now Interior Secretary Ryan Zinke and the Walker administration are attempting to rescind Alaska national park wildlife regulations, which are fundamental rules of stewardship required by federal law. A brief historical perspective can help shed some light on this shortsighted political maneuver.

Passage of the Alaska Statehood Act in 1959 was a triumph for Alaskan control of resources, including fish and wildlife, with one important exception. The feds remained in control of wildlife on federal lands "withdrawn or otherwise set apart as refuges or reservations for the protection of wildlife." For 21 years, the state managed wildlife in national parks and national wildlife refuges, adhering to federal wildlife regulations.

The next major change came in 1980 with enactment of ANILCA. This law added 43 million acres to Alaska's national parks system, of which over 20 million acres were designated national preserves where subsistence and sport hunting were permitted.

Gov. Jay Hammond negotiated the state's interest in fish and wildlife management on the new lands in the National Park System. The Department of Fish and Game commissioner and the regional director of Alaska national parks signed an agreement in 1982. It once again recognized that the state would adhere to federal fish and wildlife regulations and that there would be no manipulation of species or predator control.

"The Department of Fish and Game agrees to manage fish and resident wildlife populations in their natural species diversity on Service lands, recognizing that nonconsumptive use and appreciation by the visiting public is a primary consideration."

In 2003, after 23 years of cooperation post-ANILCA, a new state administration attempted to apply state predator control policies to the national preserves. After numerous unsuccessful consultations with the state, National Park Service managers used their authority to impose emergency hunting closures to counteract each specific action by the state.

This interplay occurred more than 50 times over the next 12 years and ultimately was the basis for the NPS beginning a multi-year public process to permanently resolve the issue. In that process, the National Park Service received more that 70,000 comments and held over 25 Alaska public hearings.

In 2015, regulations were adopted prohibiting any predator control program on NPS lands based on the legal requirements of applicable federal laws. Additionally, the regulations prohibited the following taking of wildlife historically considered unethical: bear cubs or female bears with cubs; any bear using artificial light at den sites; brown bears and black bears over bait; wolves and coyotes during the denning season; and black bears hunted using dogs. All of these NPS regulations are reasonable, publicly supported and consistent with both the original state-federal agreement and current federal law.

Secondly, the Department of Interior currently manages all of the subsistence hunting and fishing on federal lands based on rural preference as provided under ANILCA. By contrast, the state cannot manage hunting and fishing with a rural preference, as it was declared unconstitutional in 1989. If fish and wildlife management in the national preserves now becomes a state function, this should be a serious concern for rural residents who rely on subsistence.

Neither of these consequences, as well as others, bode well for Alaskans.

The former director of national parks issued a directive to the National Park System that all its policies should be based on three factors: the best science available, compliance with the law and the long-term public interest. Secretary Ryan Zinke rescinded that directive. It will be a sad day for Alaskans if the Department of Interior with support from the state of Alaska — ignoring science, existing federal law and the best interests of the public — is allowed to rescind responsible National Park Service wildlife regulations.

The public has until Aug. 31 to comment on the proposed deletion of the current wildlife regulations in our National Parks. In the brief time period that is left, please speak up to help protect our unique wildlife and the lands where they live.