Why Mark Begich would be the governor Alaska needs 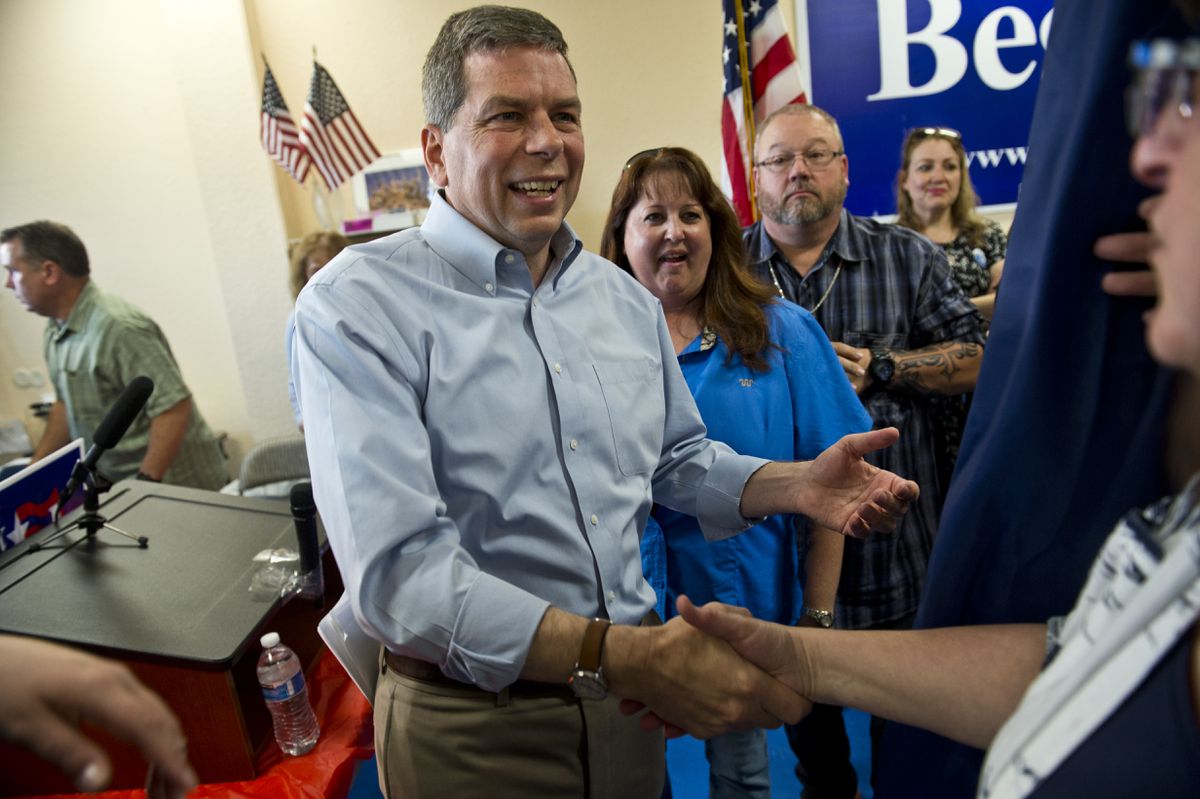 I have known Mark Begich since he was 19 years old. Then, he was chair of the Anchorage Youth Commission and I was mayor. His attitude and knowledge of the city were incredibly impressive, so I recruited him to become my first and only "special assistant." How lucky I, and Anchorage, were.

Today, he is a dedicated father and husband (I had the privilege of performing the marriage ceremony for Mark and Deborah), and he runs a successful company offering private businesses innovative solutions.

Born in Alaska, he has served our state for more than 30 years. His father, Nick Begich, served Alaska as an educator and then in the U.S. House of Representatives. He tragically died in a plane crash when Mark was just 12.

Anyone who knows and has worked with Mark agrees that he does everything with enthusiasm and heart while guided by a strong moral compass of honesty and integrity. Applying these traits, he has a proven record of getting things done.

As mayor of Anchorage, he and his team built more roads than any mayor in a generation. He guided the community through the expansion of our major economic drivers: the world-class museum, the infrastructure of UAA, and our badly needed convention center (which he respectfully named the Dena'ina Center).

Each project created jobs for Alaskans and hope for Alaska families. He helped grow Anchorage's economy every year, created 9,000 new jobs and hired 87 new police officers to crack down on crime.

As Alaska's U.S. senator, he had the guts to look the chairman of the Joint Chiefs of Staff in the eye and stand up for Eielson Air Force Base, critical to the economy of Fairbanks and the surrounding area for the past three decades. The chairman blinked, and Alaska won.

Mark protected vital federal programs for Alaska, from bypass mail to Essential Air Service; made sure Alaska's active-duty service members and veterans had the pay, equipment and benefits they needed and deserved; and fought for equal pay for equal work. More than any other senator, he worked across party lines to get things done.

Mark was the only member of Alaska's Congressional delegation to vote for the stimulus package, which began the rebuilding process of the U.S. economy and brought millions of dollars home for Alaska's schools, ports, highways and hospitals.

On top of all of his accomplishments, Mark has always been humble, relatable and one of us. While he doesn't have a college degree — there simply wasn't enough time to take care of his family's business and keep his five brothers and sisters on the road to successful lives — he understands what it takes for families to not just survive, but truly thrive.

He knows firsthand the struggles of a single mom raising six children. He knows adequate affordable health care is essential for every Alaskan family. With a mother and father who were both schoolteachers, he understands a good education is essential to our kids. As a small-family business owner, he values the Alaska jobs they create and knows how they help grow our economy.

I believe the unique combination of his life experience, and ability to accomplish what he sets out to do, makes Mark Begich the governor Alaska needs. Mark embraces bipartisanship and understands the need for compromise in progress, but he never compromises his values.

With a record of supporting collective bargaining, raising the minimum wage, and promoting commonsense economic policies, Alaska's working families are proud to stand with Mark Begich. As the only pro-choice candidate in the race with a record of fighting for equal pay for equal work, Mark Begich has earned the support of Alaska women.

I believe Alaska has one exceptional choice in this year's gubernatorial election: Mark Begich.