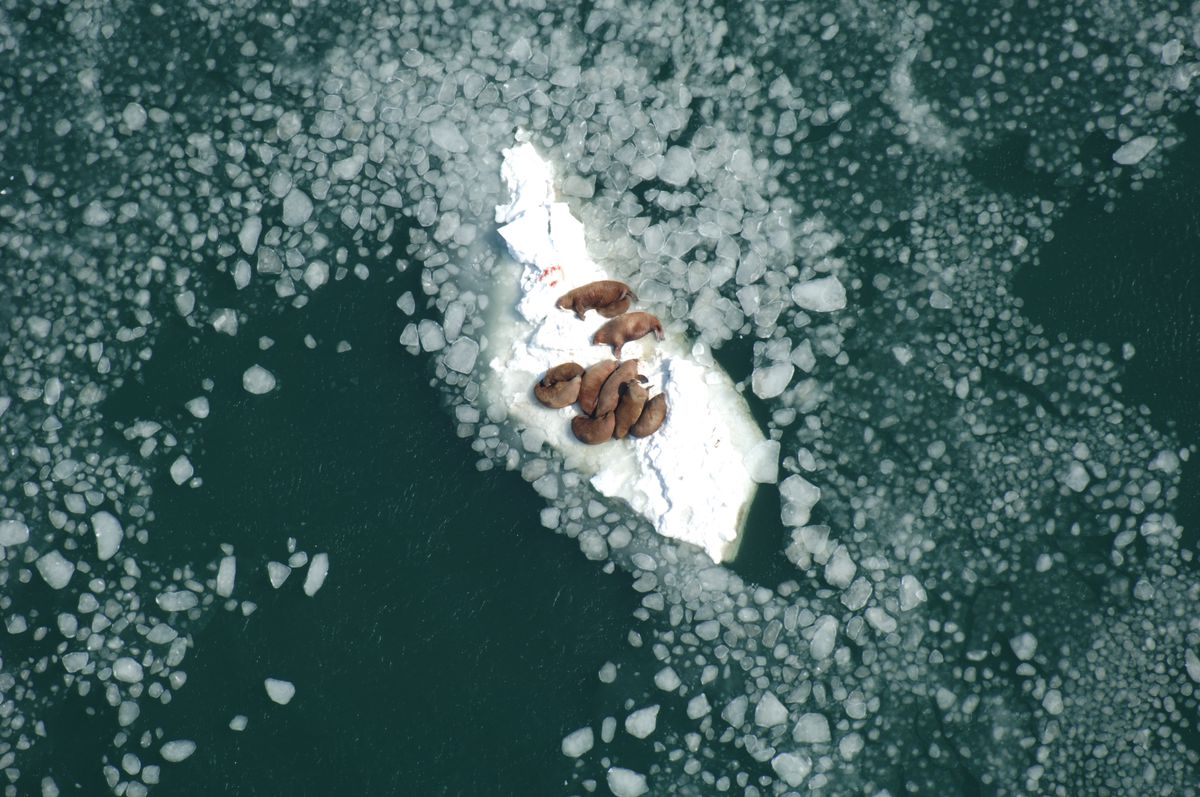 When Brian Conwell was in high school, he and his friends spent their weekends on the beach, and not to relax. They spent hours picking up discarded plastic bottles, candy wrappers, and rope from far-off fishing vessels. Being from Unalaska, a fishing town symbiotically linked to the ocean's health, Brian is aware of the negative impacts humans can have on the ocean and the environment as a whole. That awareness is what drove him — as well as Carly Dennis from Chugiak, Tasha Elizarde from Juneau, Eben Hopson from Utqiagvik, Kelsey Schober from Sutton, and Kate McWilliams from Bethel — to apply for the Climate Action Leadership Team's Young Leaders Dialogue, a convening for 25 young Alaskans invited by the Walker administration to discuss how the state of Alaska should combat climate change.

The Climate Action Leadership Team organized the dialogue as an opportunity to work with youth across Alaska to improve the CALT policy plan, a suite of policy recommendations crafted for the governor to consider as our state works against climate change. We are pleased that the team and the governor's administration are working to include youth in discussions on climate change. However, because the dialogue was set a month before the policy plan will be submitted to the governor, the dialogue felt more symbolic than interested in including input from our generation. While it was a good-faith effort, the dialogue should have convened from the inception of the CALT in 2017 to seriously consider input from the next generation of leaders. This way, we could have given closer review of the policy plan, collaborated directly with the team, and offered corresponding suggestions on content and implementation based on our experiences growing up in Alaska during a time of rapid change.

Everyone at the dialogue had insightful ideas: Kate sat in on an eye-opening conversation about how we can bolster the computing and coding industries in rural Alaska as we transition from our oil-based economy; Eben envisions wind turbines being built in his home community; Brian and Tasha advocate for reduced carbon emissions; Carly was impressed by oil and gas representatives who emphasized sustainable development; Kelsey engaged in a productive brainstorm around the future of the ocean economy; and all of us were involved in a lively discussion on climate education in our schools. But when a few of us sat in on the full CALT meeting the following day, we were surprised that many of the ideas from the Young Leaders Dialogue were not reflected.

Alaska's youth have experienced the effects of climate change over the years, and we know that we will inherit the problems left by preceding and future administrations. Regardless of who our political leaders, it's up to all of us to reduce and combat climate change, including the next generation — and our elected leaders need to open a true space for us. Soon it will be too late.