We should revitalize the Alaska Independence Party. Here’s why. 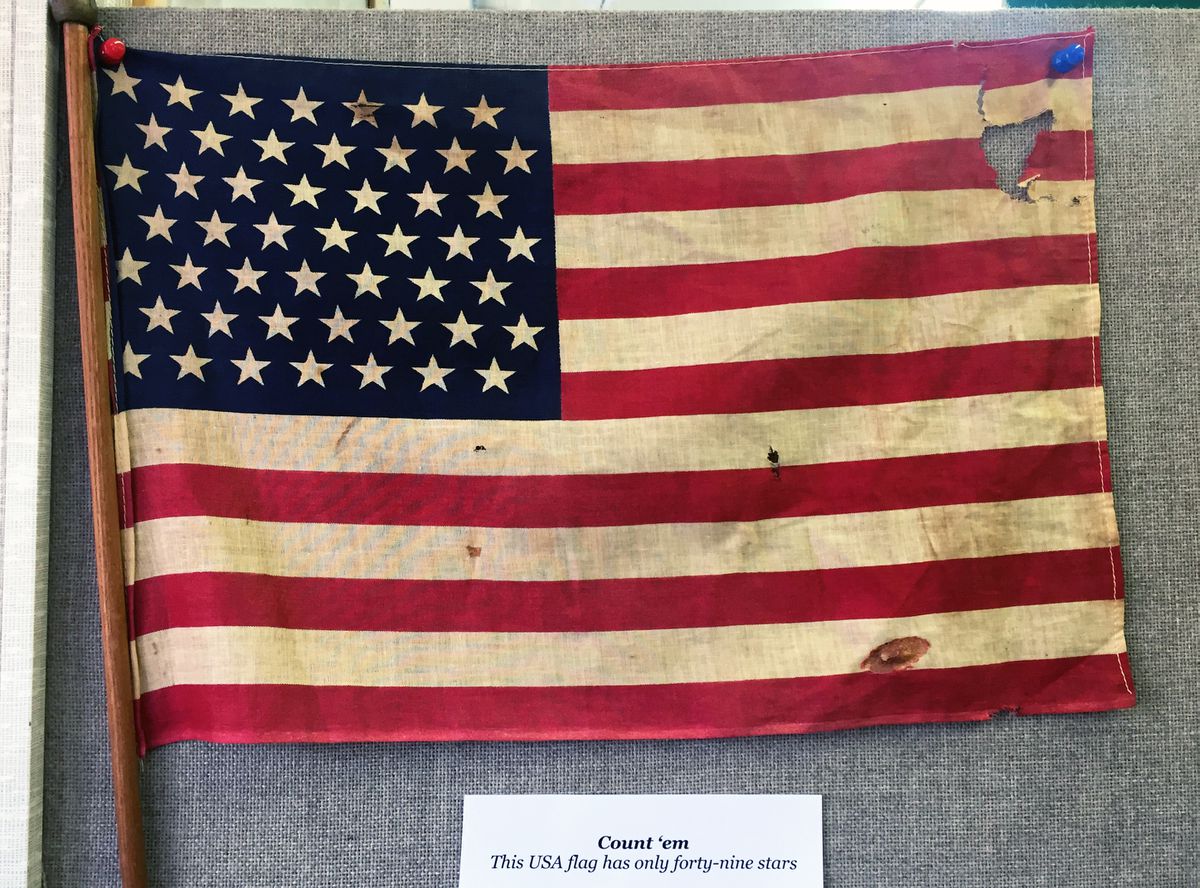 A rare 49-star flag is displayed at the Willow Historical and Wildlife Museum on Tuesday, July 4, 2017, in Willow. Alaska, the 49th state, was admitted to the Union in January of 1959, and Hawaii followed shortly after in August of 1959. (Erik Hill / Alaska Dispatch News)

A rare 49-star flag is displayed at the Willow Historical and Wildlife Museum on Tuesday, July 4, 2017, in Willow. Alaska, the 49th state, was admitted to the Union in January of 1959, and Hawaii followed shortly after in August of 1959. (Erik Hill / Alaska Dispatch News)

The Alaskan Independence Party was founded in 1984, and since its establishment, the party has grown to be the largest third party in the state. The AIP even held the governorship briefly, when Walter J. Hickel identified himself with the AIP from 1990-1994. Despite this, it lacks an updated Facebook page, and its website has not been updated since 2010. The website claims the AIP is "the largest of any third parties in the 50 states," yet their political inactivity breeds apathy among their considerable pool of voters.

I am registered with the AIP. I did not vote in the primaries, as the party I am registered with had not posted election information. And when I emailed the party's point of contact to solicit information, I did not receive a response. Nevertheless, in this age of disillusionment with bipartisan politics, I strongly agree with the platform of the AIP. This piece is a rallying cry to Alaskans, to rejuvenate the Alaskan Independence Party, to validate its platform.

From its official website, the party's members "advocate a range of solutions to the conflicts between federal and local authority; from advocacy for state's rights, through a return to territorial status, all the way to complete independence and nationhood status for Alaska." The AKIP's founder, Joe Vogler, was explicitly a secessionist, saying "I'm an Alaskan, not an American. I've got no use for America or her damned institutions." Many Alaskans may feel the same in the Trump era.

Alaska's path toward statehood was determined in a 1946 plebiscite (a non-binding popular vote). The results were 3:2 in favor of statehood. The AIP objects to the results of that plebiscite, citing the historic disenfranchisement of Alaska Natives, who comprised a larger percentage of the population then than today.

Also, the plebiscite only provided voters with two options for the fate of Alaska: remain a territory or become a state. From their website: "The Alaskan Independence Party's goal is the vote we were entitled to in 1958, one choice from among the following four alternatives:
– Remain a Territory.
– Become a separate and Independent Nation.
– Accept Commonwealth status.
– Become a State."

Secession was ruled to be unconstitutional, in the 2006 Kolhaas v. State court case. The appellant, Scott Kohlhaas, had drafted a ballot initiative "requiring the state of Alaska to vote on obtaining Alaskan independence, if legally possible, or to seek changes in existing law and constitutional provisions to authorize, and then obtain, independence." His initiative was denied on grounds of unconstitutionality.

From the court: "The states can exercise no powers whatsoever, which exclusively spring out of the existence of the national government … No state can say that it has reserved what it never possessed. 24 Like representation in Congress, secession from the Union springs from joinder to the Union. No state possessed a right to secede before admission, and so no state would retain such a right under the Tenth Amendment … we Alaskans committed ourselves to that indestructible Union, for good or ill, in perpetuity."

I call to challenge that court decision. I will refrain from rehashing the debate about the legality of secession; Americans have discoursed endlessly on that topic, ever since the United States' inception. Instead, I will quote James Madison, the Father of the Constitution: "But this dodges the blow by confounding the claim to secede at will, with the right of seceding from intolerable oppression. The former answers itself, being a violation, without cause, of a faith solemnly pledged. The latter is another name only for revolution, about which there is no theoretic controversy."

As a Founding Father of the Union, James Madison opposed arbitrary secession. Secession from intolerable oppression is permissible by the Founding Fathers, revolutionaries themselves. It is my view and the view of my compatriots that Alaskans are being oppressed by the federal government. I will make the case for the secessionist faction within the AIP.

More than 60 percent of land in Alaska is administered by the federal government. As a result, management of Alaska's natural resources is dictated by unelected bureaucrats. Is that not tyranny? No matter your position on development and the environment, many will agree that Alaskan land belongs in Alaskan hands.

As the U.S. engages in trade wars, an independent Alaska would make international trade agreements on our own terms. Our geographic position at the top of the Pacific grants us access to Asian and North American markets, and as Arctic shipping lanes open in the decades to come, European markets. Currently, we are relegated to the position of a dejected American outpost, yet almost all air cargo being transported between the United States and Asia flows through Ted Stevens Intl. Airport. Alaska's economic potential is much greater than what the U.S. allows.

Inarguably, federal money has been a lifeline for Alaskans. Yet the Trump administration has proposed severe cuts to several federal programs, particularly ones that support Alaska Native communities and their public safety and development. The justification? "The rationale for a unique and additional Federal subsidy to Alaska is difficult to justify given that the State of Alaska's oil revenues allow it to pay an annual dividend to each resident."

We are receiving fewer favors from the federal government, and I firmly believe an independent Alaskan government would manage a better budget that would provide for all. As civil welfare programs are cut, the federal defense budget has been fluffed. We are being exploited by a government thousands of miles away for military purposes.

The notion of secession begs the question: what would be the fate of American military bases in Alaska? The U.S. has maintained a military base in Cuba despite the longstanding conflict between the two nations. In the instance of secession, I am certain that a deal can be arranged between the U.S. and Alaska concerning American military bases, but I will leave such negotiations to experts. I do not want to imply that I want conflict between the U.S. and Alaska. A clean breakaway, without violence, would be preferred by all.

In national political conversations, Alaskans' voices are not heard because of our small population in comparison to the Lower 48. At the same time, we are being exploited for our land, our geography and our natural resources. The dignity of autonomy is not granted to more than 700,000 people. Secession would grant Alaskans the freedom to determine their own destiny without federal oversight. I encourage my fellow Alaskans to discuss the endless possibilities and consider the Alaskan Independence Party.

Marie Francis is a writer and educator. She lives in Southcentral Alaska.