A deficit of trust 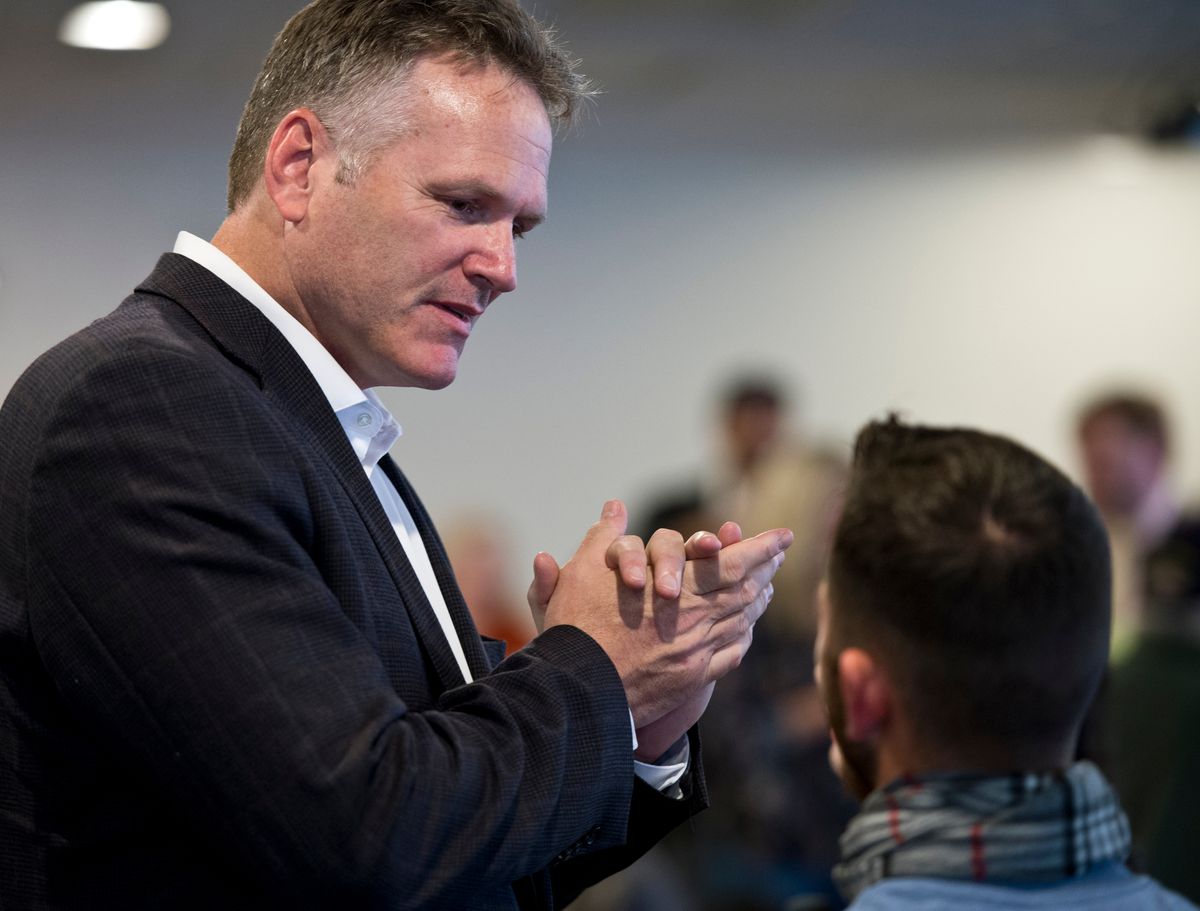 Mike Dunleavy, candidate for governor, talks with supporters at a Republican party held at the Aviator Hotel on Aug. 21, 2018. (Marc Lester / ADN)

Mike Dunleavy, candidate for governor, talks with supporters at a Republican party held at the Aviator Hotel on Aug. 21, 2018. (Marc Lester / ADN)

During the past four years, Alaska's political class has focused on addressing the state's budget deficit, and rightly so. When the price of oil crashed, the state found itself facing a multibillion-dollar deficit. But as our campaign hears from everyday Alaskans across this great land, a deficit more corrosive to the health of our republic is emerging: a deficit of trust. Alaskans are leery of politicians who say one thing and do another.

When Bill Walker ran for office in 2014, he said he had "no intention" of cutting Permanent Fund dividend checks. Not long after his inauguration, however, he was singing a different tune. In the span of three years, his administration denied every man, woman and child in Alaska more than $3,700 each.

The governor's dividend-cut policy isn't wrong solely because it's bad for the economy — paying Alaskans a full dividend would provide a tremendous boost to Alaska, which suffers from anemic growth, high unemployment and outmigration. It's wrong because it severed trust between the people and their representatives.

The Alaska Permanent Fund and dividend program were established by the people in 1976 and 1982, respectively. The people were wise enough then to know politicians would be tempted to spend away the oil boom and constitutionally protected some of the revenue and created the dividend program to protect the fund. Since 1982, the dividend program has worked as intended, protecting the fund while benefiting Alaska families. Then, suddenly — after more than three decades — the deal changed. Gov. Walker unilaterally cut dividends at the worst possible time and without direct input from the people.

If given the opportunity to serve, mending the trust deficit created by Gov. Walker will be my top priority. It's no secret that I am the only candidate in this race who supports protecting the traditional dividend formula. But I also believe the people of Alaska should settle this issue directly, which is why I support going to the people for an advisory vote before any changes are considered to the PFD — at minimum — and ultimately believe the people should have the opportunity to vote on protecting the PFD in the Alaska Constitution.

In our system of government, the people are sovereign, and no change to the Permanent Fund would long survive without their direct consent. Such a vote would restore trust between the people and government officials, and the outcome would be respected on all sides. If the people were wise enough to establish the fund and a spending limit, then there's no reason to doubt their wisdom in dealing with today's challenges.

Despite the failed leadership of the current governor on this and many other issues, he wants another four years, and is vying with lifelong politician Mark Begich for the chance to accelerate a tax-and-spend agenda. In every town hall, forum and debate, Walker and Begich are in vigorous agreement. They say we must cut the PFD to save it, that new taxes are inevitable and state spending has been cut to the bone. They're convinced that wise decision makers in government know how to spend your money better than you do. But Alaskans aren't buying it. We know the PFD isn't broken and state government spends far more than the national average per person. That's why Alaskans support more reductions to state spending, oppose new taxes and know the enemy of the budget isn't the PFD — it's out-of-control spending. Unless we get spending under control, government will consume the other half of Alaskans' PFDs, and no amount of new taxes will be enough. That's the path my opponents will take us down. I hope to lead us down a different path.

If the best predictor of future behavior is past behavior, then Alaskans can be confident I will remain true to my word. I voted on behalf of my constituents against a budget that didn't pay Alaskans a full dividend, because I knew there was a better way. Alaska is blessed with an abundance of natural resources and enough financial assets to get us through this challenge. With the right leadership and policies in place, we can resolve the budget deficit without PFD cuts and new taxes. If we control state spending and maintain a competitive, stable business climate, Alaska will grow its way out of the deficit.

Elections are about trust. With your help, together we can restore trust in our government and ensure everyday Alaskans have a voice in the big decisions ahead.

Mike Dunleavy is a former state senator from Wasilla. He is running as the Republican candidate for governor.