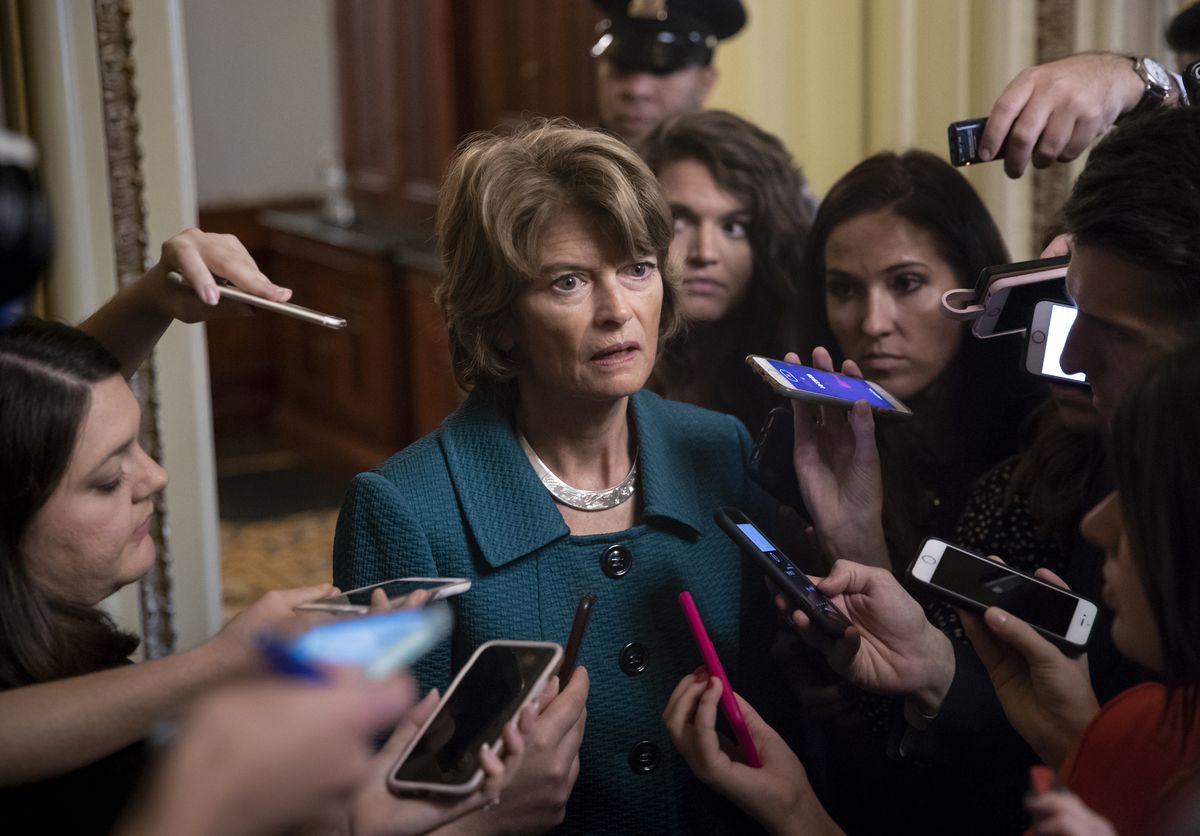 This column, originally posted Friday, has been updated to reflect events over the weekend.

Sen. Lisa Murkowski takes the responsibility of choosing judges as seriously as anyone.

On Friday, Murkowski whispered her 'no' in the procedural vote to advance the nomination of Judge Brett Kavanaugh to a final confirmation vote. It was a courageous choice, but in character.

Now she is being attacked by President Trump, former Gov. Sarah Palin, and Tuckerman Babcock, the chairman of the Alaska Republican Party. They believe she should be punished for following her conscience rather than observing party discipline.

That's the poison that has brought our country to this perilous moment —disciplined partisanship and the related politicization of the U.S. Supreme Court. Murkowski alone in the Senate was prepared to go against it.

No other senator voted both against party and against political self-interest. (Sen. Joe Manchin, D-West Virginia, also crossed party lines, but he is in a tough re-election battle in a pro-Trump state.)

Before Kavanaugh's emotional explosion before the Senate Judiciary Committee, Murkowski would probably have voted to confirm him, as she indicated in her floor speech Friday. She was prepared to set aside his views against abortion and the opposition of Alaska Natives to his nomination.

The Supreme Court should be a court, not a political body. Murkowski still believes that. She intended to vote according to Kavanaugh's impressive qualifications and to support her party.

But then Kavanaugh came unglued in his committee testimony, shouting at senators, bringing up the Clintons, attacking Sen. Amy Klobuchar, and remarking that "what comes around goes around," which some took as a threat.

I've known Murkowski for 25 years, from before she was involved in politics. We have talked in depth about judicial appointments.

[Trump says Murkowski 'will never recover' for voting no on Kavanaugh]

She's proud of the federal judges who have been appointed from Alaska during her years in the Senate. She should be.

Under long tradition, senators from each state offer names to the president for judicial vacancies in their own states. Most use this power to reward their friends and supporters. It is an extraordinarily valuable perk.

Murkowski discarded it in favor of honoring the need to choose the best judges.

Before her father, Frank Murkowski, appointed her to the Senate in 2002, Alaska's federal judges were nominated to the president by Sen. Ted Stevens. Frank Murkowski, as the junior senator, didn't get a say, Lisa Murkowski told me earlier this year.

Murkowski persuaded Stevens to use a merit-based process like that embedded in the Alaska Constitution for our state judges. Instead of picking friends or political allies, the senators would choose the most qualified Alaskan legal minds.

[Sen. Dan Sullivan's full speech to the Senate on why he supported the Kavanaugh confirmation]

In our state process, the Alaska Judicial Council conducts a study of candidates for each judgeship, including surveys of lawyers who know them, to provide the governor with a short list of choices, without political considerations.

Murkowski asked Stevens to refer candidates to the Alaska Bar Association for a poll before making a recommendation to the president. He grumbled, but ultimately went along.

"He was a good guy to work with, and I think he wanted to let me know that I had my say in the process," she told me, in April.

The judges who got to the bench by that process have all been exceptionally well qualified and respected. Politics didn't dominate. Murkowski said she and Sen. Mark Begich, a Democrat, never disagreed on any of their choices.

We had that conversation in April because Murkowski and Sen. Dan Sullivan had broken with the merit process, a choice she signaled made her uncomfortable. That nominee ultimately withdrew.

"I take very, very seriously the responsibility that we have to put forward good people, and men or women who truly have the experience," Murkowski said.

And that was referring to the sleepy Alaska District Court, far from the highest court, where our most profound and far-reaching law is made.

Murkowski is herself an attorney and insists on high academic qualifications even among her own staff. She talks like an attorney.

She has gotten more comfortable and speaks more clearly of late, but for many years she was almost unquotable as a politician, because she was so cautious in her comments and made so many amendments and qualifications that it could be difficult to understand what she meant to say.

Some people get into politics because they want personal approval and power. Others go into office on a crusade, to advance their causes. Murkowski, like the great Arliss Sturgulewski, her family member by marriage, seems motivated by the desire to serve — simply, to fill the job correctly.

Sturgulewski used to say she came from the League of Women Voters. Murkowski started at Anchorage's Government Hill Elementary PTA.

In a speech on the Senate floor late Friday, Murkowski said Kavanaugh is a good man. Maybe he is. I have my doubts.

But you don't have to make a choice.

You don't have to believe Kavanaugh or his sexual assault accusers to reach Murkowski's conclusion. We simply cannot have a Supreme Court judge who has spoken with his intemperate partisanship and lack of candor, who cannot control his emotions and views his adversaries as enemies.

Who could come before Kavanaugh now and trust that he will judge fairly? We know he is full of rage against those he considers his political persecutors. We know he feels victimized by women who have been assaulted.

In her floor speech Friday, Murkowski put that behavior up against the standards  of conduct set for all American judges. Kavanaugh clearly failed it.

Americans have lost all confidence in our political institutions. Murkowski simply voted to protect it in the courts.

With the legitimacy of the U.S. Supreme Court at stake, and facing political extremists on both sides, Murkowski stood for seriousness and moderation. That was courageously patriotic.