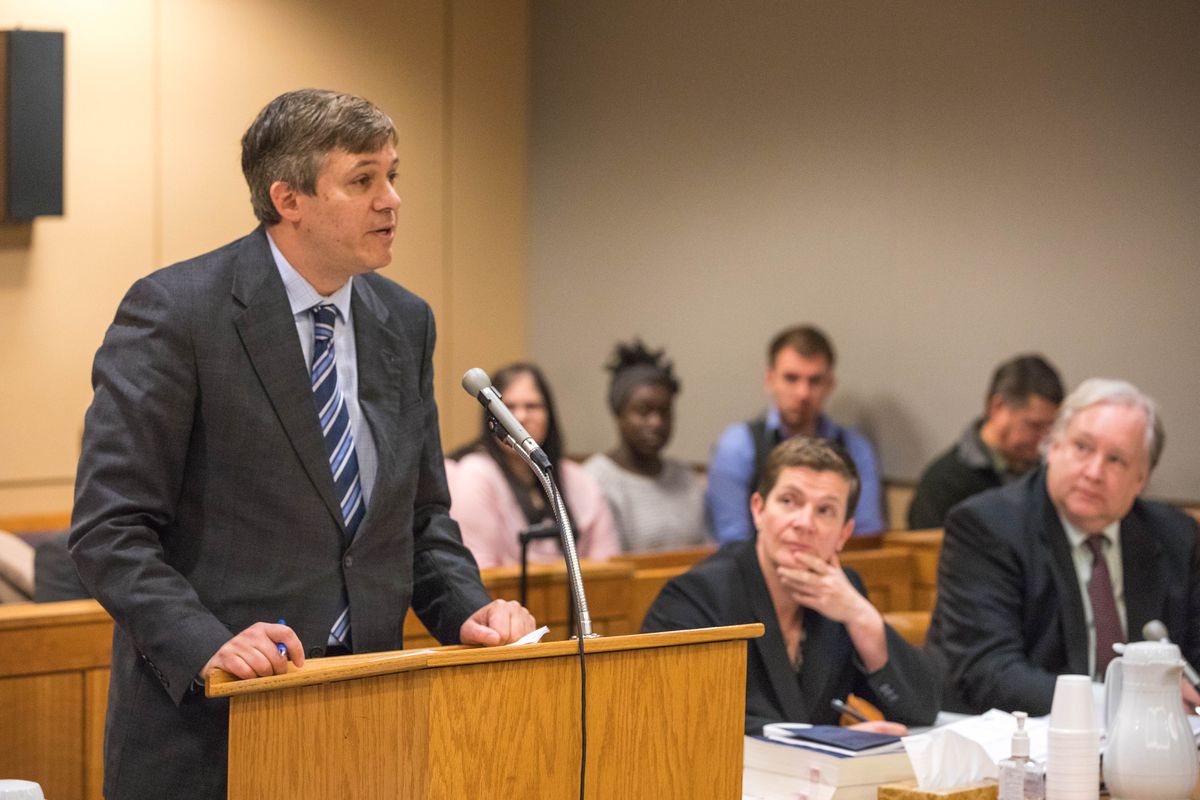 Plaintiff and state Sen. Bill Wielechowski speaks to the court during oral arguments in a lawsuit challenging Gov. Bill Walker’s veto of half the Alaska Legislature’s deposit into the Alaska Permanent Fund’s dividend account, at the Nesbett Courthouse on Thursday, Nov. 17, 2016. (Loren Holmes / ADN)

Plaintiff and state Sen. Bill Wielechowski speaks to the court during oral arguments in a lawsuit challenging Gov. Bill Walker’s veto of half the Alaska Legislature’s deposit into the Alaska Permanent Fund’s dividend account, at the Nesbett Courthouse on Thursday, Nov. 17, 2016. (Loren Holmes / ADN)

I like Mike Dunleavy. I've considered him a friend. But Dunleavy for Alaska is running an ad that makes it seem I'm supporting him. I mean, really, who cares about my endorsement? But they never asked my permission, and I've asked them to take it down. They've refused. And now they've doubled down and bizarrely started Photoshopping images of Mike and I together to further imply my support. These advertisements indicate that Dunleavy for Alaska has an alarming lack of regard for the truth and seeks to mislead and deceive Alaska voters. It also evidences a shocking willingness to disregard basic common courtesy.

Heck, Mike held a big press conference in front of the Muldoon Fred Meyers and announced he was going to introduce a bill to restore the vetoed PFD, then actually voted against his own bill and quietly withdrew it. And while Mike now claims he supports putting the PFD into the Alaska Constitution, he failed to co-sponsor bills that I filed every year to do exactly that – despite many asking him to do so. And then he refused to vote "Do Pass" on my bill to put the PFD in the Constitution when it came to his committee.

So although I like Mike, and I hadn't planned on pointing any of this out, the unscrupulous attempts by Dunleavy for Alaska to make it seem that I'm endorsing him give me no other option.

Sen. Bill Wielechowski has served in the Alaska State Senate since 2007.

Bill Wielechowski represents Anchorage residents of Mt. View, Muldoon and Russian Jack in the Alaska Senate. He is the vice chair of the Senate Resources Committee.