Criminal justice reform is working. What are candidates trying to ‘repeal’? 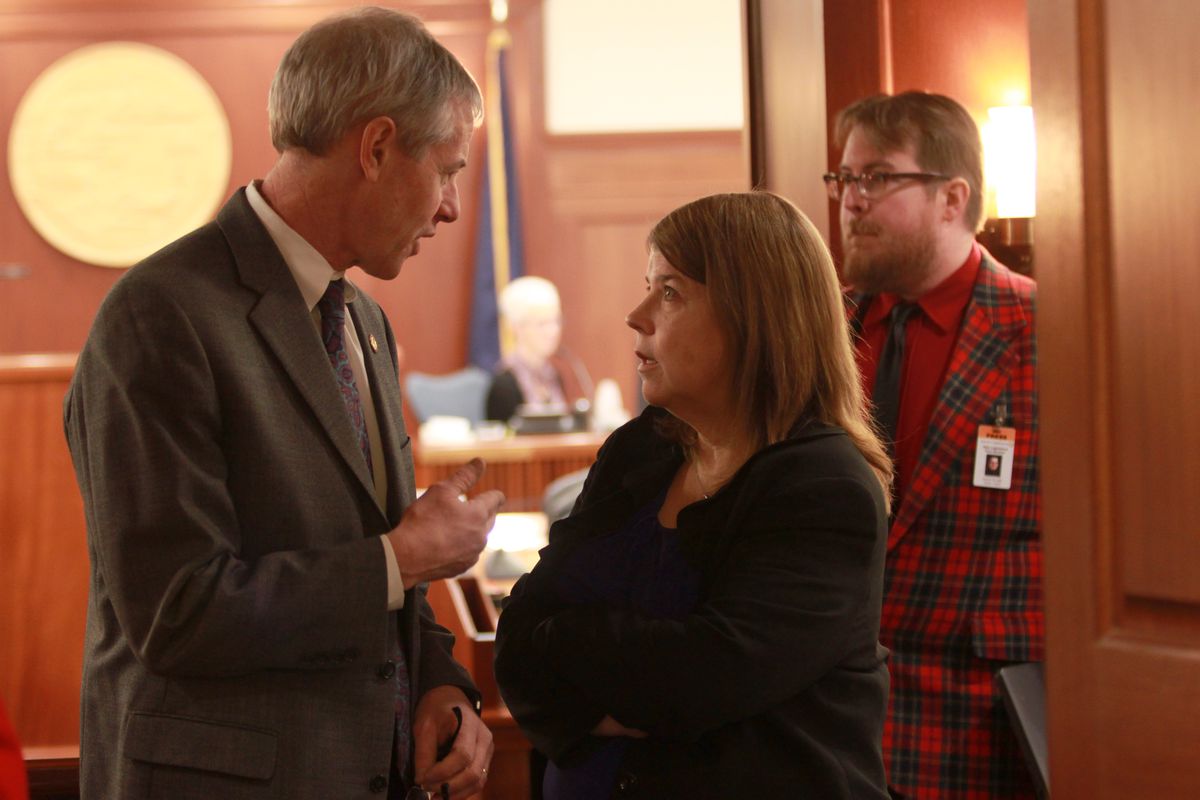 Amid an opioid crisis, rising unemployment and excessive cuts to prosecutors, police and troopers, some candidates suggest we should "repeal" SB 91 and start over with our four-year effort to make better use of public safety resources. These suggestions forget the positive measures enacted in SB 91 and ignore the more than 25 fixes and improvements the Legislature approved during the last two years. Alaska's criminal justice reform is a response to rising crime, not the cause of it. Alaskans are right to be concerned about crime: We need to move forward and be smart with our resources and tough on crime.

The best reason to move forward with justice reform is that the process is working. Every year, the Alaska Criminal Justice Commission reports on the status of our reform efforts. The newest report, published on Nov. 1, shows Alaska is achieving its goals. Arrest rates and prison admissions are up thanks to increases in prosecutors and police. People convicted of violent crimes now make up a greater share of the prison population. There are more people in prison for drug dealing and fewer addicts in prison for simple drug possession. Department of Corrections is focusing more attention on dangerous individuals, and we have already reinvested $40 million in re-entry services, violence prevention, pretrial enforcement and substance abuse treatment.

In 2015, the year before SB 91 passed, Alaska's crime rate was 21 percent above the national average and crime had been on the rise for years. According to the 2016 Uniform Crime Report, burglary and assault had been rising since 2013, vehicle theft since 2011, murder since 2009 and robbery since 2004. Thirty-seven percent of those on pretrial release committed new crimes before their case went to trial.

Although Alaska's population grew 9 percent in the decade before reform, Alaska's prisoner population grew 27 percent. Alaska's experience confirmed national research showing that increased incarceration rates have not affected crime rates since the 1990s. Without better use of public safety resources, Alaska faced needing to build another $240 million prison within 10 years of opening Goose Creek in 2012 — with no improvement in public safety. Alaska's criminal justice system was not producing satisfactory results. The Legislature and the governor rightly decided to improve the system and established the commission to provide fact-based research and analysis to help that process.

The goals of justice reform make sense — direct resources where they are needed most: prioritizing prison for serious and violent criminals, curbing corrections costs, improving reformation and rehabilitation opportunities for non-violent offenders and those with substance abuse disorders, and reinvesting state resources into programs that help prevent crime.

Alaskans consistently support the fixes and adjustments made in the second and third reform bills, SB 54 and HB 312. These improvements include longer sentences for vehicle theft, tougher sentences for shoplifting, elimination of "catch and release" for pretrial and sentencing, consideration of out-of-state convictions, and criminalization of dangerous new drugs. Add the positive features of SB 91 to the modifications in SB 54 and HB 312, and it's difficult to find a reason to reset the clock to 2014 and start over.

Public safety has always been an essential government service in our country. "Repeal SB 91" is just an empty bumper-sticker phrase that misleads the public and detracts from the legislature's bipartisan work since 2014. To succeed, we must move forward to improve public safety and make wise use of our public safety resources.

Rep. Matt Claman represents House District 21 in the Alaska Legislature. He is the chairman of the House Judiciary Committee.