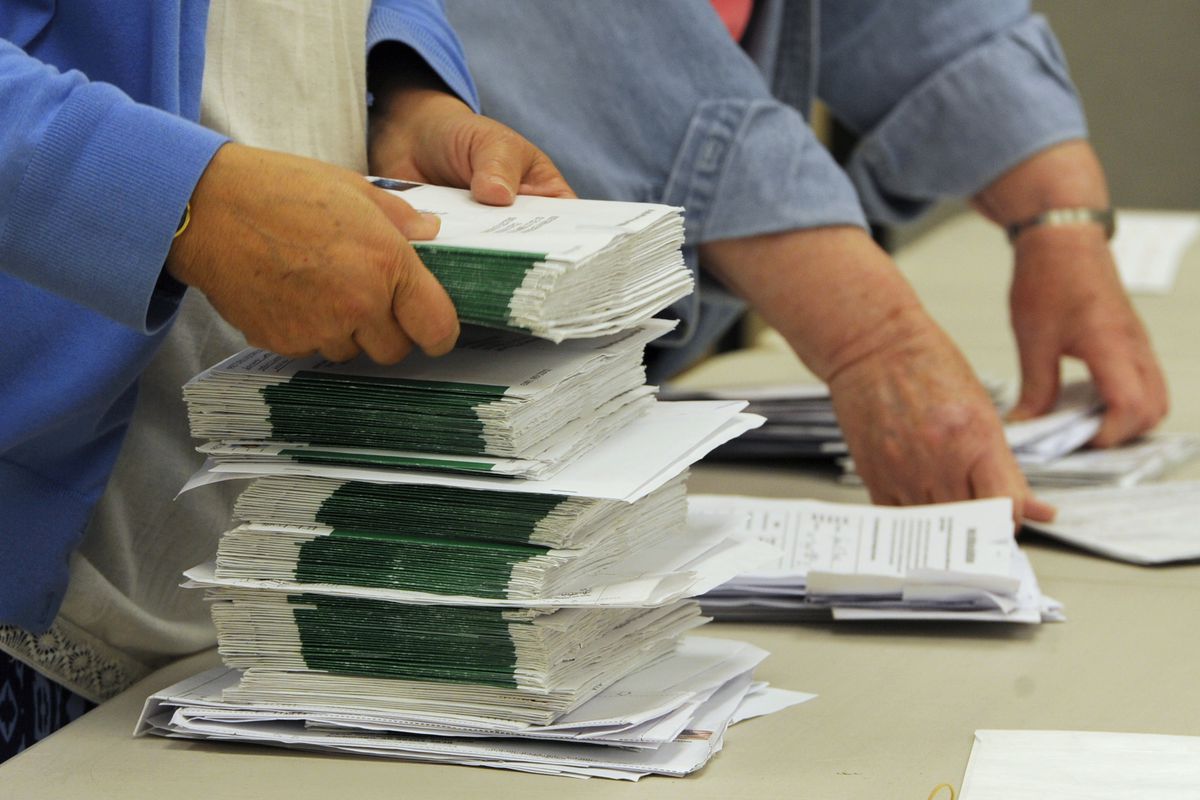 At the risk of being accused of beating a dead voter — er, horse — I cannot help but wonder whether Alaskans will ever be treated to the truth about the questionable District 15 GOP primary election in August.

Count me among those who wonder, now that the dust from the general election is beginning to settle, whether myriad questions about that contest will ever be answered, or whether state officials are content to let them die a quiet death.

The odd primary contest had nominal Republican Rep. Gabrielle LeDoux facing off against political unknown Aaron Weaver, a guy who did not expect to win and did not even bother to campaign.

The ho-hum race caused nary a ripple on the political pond until it was learned seven dead folks had sought absentee ballots from the state. Seven. Dead people. It would have been hilarious — Dead? Absentee? — except it is not. Then, adding to the drama, elections officials yanked 26 ballots because of irregularities and forwarded all that to the Department of Law. Each of the pulled ballots, it should be noted, was for LeDoux.

LeDoux became persona non Republican last year when she joined two other Republicans in jumping legislative ship to hand Democrats majority control of the House. Her new friends on the Left were so grateful they rewarded her with the chairmanship of the powerful House Rules Committee. The GOP was — and remains — livid.

"There are no irregularities on the Democratic side, just on the Republican," Babcock told KTVA. "All fingers point to Gabrielle LeDoux."

LeDoux lost by three votes in the initial vote count, but pulled it out 456-339 after all the absentee and other ballots were counted. State elections officials, inexplicably, considering the known irregularities, certified the results — despite the GOP's heated objections.

LeDoux went on to beat Democrat Lyn Franks and the GOP's write-in pick, Jake Sloan, along with other write-in candidates, in the Nov. 6 general election. She was forced to sink $10,000 of her own money into the race, though, after the primary's peculiarities made headlines. Such things make donors itchy.

Oddly enough, most of the problems came from only a few trailers in a single Muldoon trailer park that is home to some in Anchorage's Hmong-American community. Many people registered to vote from those trailers; reportedly 17 from just one of them. When reporters asked about that, people there replied, "Ask Gabrielle."

That somebody blatantly broke the law in the primary seems likely, but state officials who should have more than a passing interest in such shenanigans remain mum.

The Department of Law will say nothing and says it cannot. Nothing about a grand jury. Gov. Bill Walker has had nothing to say. Neither did his disgraced former lieutenant governor, who was in charge of elections during the primary, nor his current lieutenant governor, who now is in charge of elections. And LeDoux? She has had little to say publicly. She certainly has not jumped on a soapbox and screamed for an investigation to clear the cloud over the election.

With the general election behind us, with the House seemingly about to flip back to GOP control, and with LeDoux unlikely to find even a smidgen of love in the GOP, the question is whether the powers that be might have better things to do than dig hard for answers.

If the idea among those who should be furious about the District 15 mess is to stall and allow it to fade away, they are wasting their time. Some of us who actually believe that among the things that separate us from Third World cesspools and tin-pot dictators are free, honest, open elections. Alaskans — of all political stripes — will not forget.

Whatever happened in District 15 is an insult to the very notion of what our elections are supposed to be. Worse, it is a crime that undermines the public's confidence in the electoral system.

Alaskans deserve answers. Time for somebody to "ask Gabrielle."