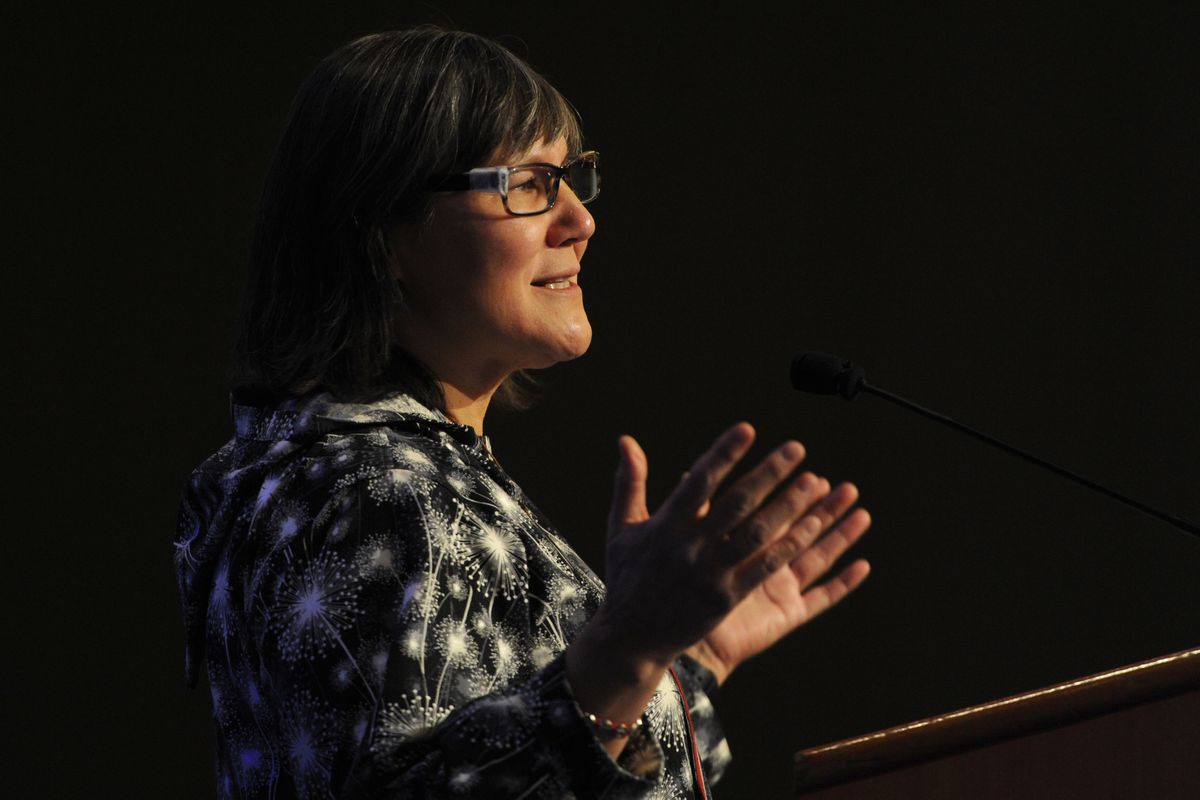 Public service is not for the faint of heart. When I was considering putting my name forward to represent my home region, House District 38 in the Yukon-Kuskokwim Delta, something Lt. Gov. Valerie Nurr’araaluk Davidson says helped me choose my path, “Sometimes we do things that are hard. Other times we do things because they are hard.”

There’s no question the responsibility Val has assumed during the past month falls into that second category. Without even a full day’s notice, she stepped forward to serve our state in a new role, bringing with her a mountain of dignity, strength and kindness.

Val is exceptional. She was exceptional before making history by becoming the first Alaska Native woman to hold such an office in Alaska and the United States. Her tenure may be brief, but it should be acknowledged by all of us – not only for the office she holds, but for the remarkable life of public service that brought her here, which will no doubt continue when her term is up.

Val is incredibly qualified to wear the qaspeq of lieutenant governor. She’s a gifted attorney and a policy mastermind with a high caliber of retention. Two decades ago, Val established the first in-house legal department at the Yukon-Kuskokwim Health Corp., before improving regional health care access as YKHC’s executive vice president. After the Indian Health Care Improvement Act (IHCIA) sat without reauthorization for more than a decade, Val — as senior director at the Alaska Native Tribal Health Consortium — was so instrumental in shepherding IHCIA through Congress that she received a personal invitation to the White House to thank her. She was the lead negotiator for the Alaska Tribal Health Compact, which continues to transform health outcomes throughout rural Alaska; we know getting care in your home community, in your language, near your family and support system makes treatment vastly more successful. Val also worked to ensure rural veterans can receive services through the tribal health system, instead of traveling back and forth to see doctors in Anchorage.

After becoming Commissioner of the Department of Health and Social Services four years ago, Val was instrumental in establishing the Alaska Tribal Child Welfare Compact – the first-of-its-kind agreement between a state and tribes, recognizing the sovereign authority of tribes to provide for their citizens, including welfare services for their children.

Val also brilliantly demonstrated how Medicaid expansion would provide much-needed health care to thousands of Alaskans, while boosting Alaska’s economy. She translated dense legal policy into meaningful arguments that helped real people understand the health and economic values of expansion. In my view, her work shifted the balance, giving Gov. Bill Walker the evidence he needed to unilaterally expand Medicaid when the Legislature refused to vote on it.

On top of this all, Val is also a full-time mom, raising four amazing children. She is a caring daughter, loving aunt and one heck of a fisherwoman.

What sets Val apart is not what she gets done, but how she gets things done. She greets her staff and those around her with hugs. She sings along to Yup’ik hymns and Cardi B. She’s much more likely to ask about you than talk about herself. She’s comfortable with vulnerability and authenticity; in the very first speech she gave as lieutenant governor, she spoke openly about the trauma she experienced as a child.

As a young Native woman, I have had to learn how to navigate Alaska’s political landscape while staying true to my cultural values and traditions. The politics of the Capitol feel foreign from where Val and I are from – a community where we look out for one another, share what we have to offer, pick people up at the airport and bring them into our homes. Val is one of the few leaders I know who has created a blueprint for consistently bridging that cultural divide. By leading with love, a lesson learned from her grandmother, Val carries the village with her wherever she goes. Introducing herself in Yup’ik and wearing a qaspeq, Val never lets us forget where she is from. She is proud to be a “village girl,” and acknowledges how growing up in a village shaped her work ethic. She is living proof: our culture is our strength.

That, to me, is Val’s true political gift – she sets the bar higher than before, and then pulls others up over it with her. She inspires greatness in those who work with and for her. She makes me proud to serve Alaska. She helps me, and so many others, see the leadership of which we are capable.

Rep. Tiffany Zulkosky (District 38) was born and raised in Bethel, and is of Yup’ik and Polish descent. Rep. Zulkosky was appointed to the 30th Alaska Legislature by Gov. Bill Walker and was re- elected on Nov. 6.