Keep up the momentum on the gas line 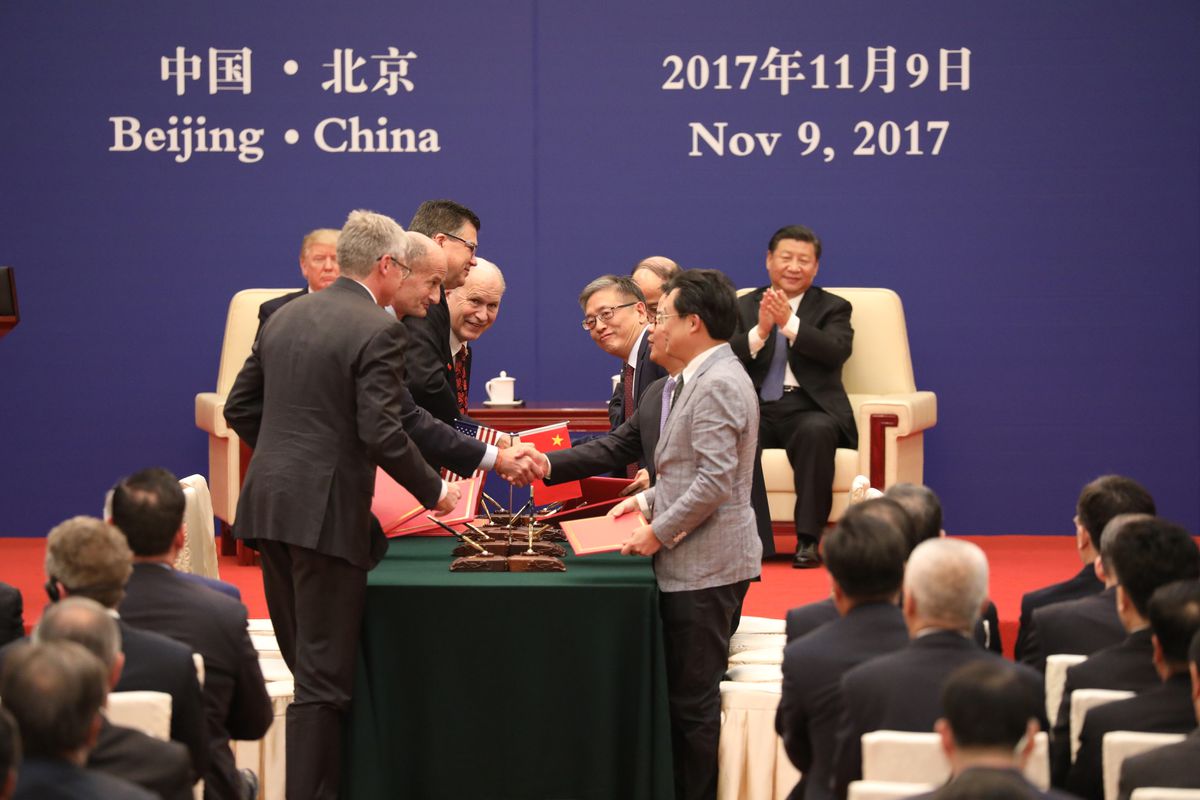 Gov. Bill Walker, center, smiles after the signing of the Joint Development Agreement for an Alaska gas line in Beijing on Nov. 9. (Photo provided by Office of the Governor)

Gov. Bill Walker, center, smiles after the signing of the Joint Development Agreement for an Alaska gas line in Beijing on Nov. 9. (Photo provided by Office of the Governor)

Alaska is finally in the driver’s seat, with the gas line on track to begin construction by 2020. We have momentum now like never before.

It began two years ago when our project partners — ExxonMobil, BP and ConocoPhillips — asked me if the state would take the lead. As a sovereign, the state of Alaska has significant ownership advantages, including tax-exempt status, ability to accept a regulatory rate of return on investment and diminished regulatory risks.

With the highest price of energy in the country, many Alaska residents and businesses struggle to make ends meet, development is deterred and state and local budgets must cover the cost of energy for government facilities including airports and schools.

There is no other project that comes close to addressing the immediate and long-term needs of Alaska as quickly as the gas line. Right away, the project will create 12,000 construction jobs. These will pay Alaskans working 12 hours per day, seven days per week, making as much as $30,000 per month. According to the Perryman Group, Alaska will see more than 88,000 jobs throughout the life of the project. A Project Labor Agreement will ensure that these jobs go first and foremost to Alaskans.

When the gas begins to flow, communities along the pipeline will immediately see a drop in energy prices – as much as a 75-percent reduction in the Interior. Twenty percent of the state’s available royalty revenue from gas sales will go to fund energy projects for communities without direct access to the gas, significantly reducing the cost of energy across the entire state. Low-cost energy would enable us to finally make value-added products, instead of just shipping out raw materials for manufacturing somewhere else. As a result of lower-cost energy, the Perryman Group forecasts 61,000 additional jobs in sectors such as the mining industry.

Our state will boom like no other time since the construction of the trans-Alaska oil pipeline.

There are two essential requirements for the gas line: gas supply and market participants committing to long-term gas purchase agreements.

Let’s start with gas supply. When oil comes out of Prudhoe Bay each day, so does gas. A great deal of gas. The gas is reinjected back into the ground daily at a volume exceeding that consumed every day in California, Oregon and Washington combined. It is the largest stranded-gas field in North America, if not the world.

The North Slope producers control the gas, and to lock down supply, we needed them to come to the table. After months of negotiations, BP and ExxonMobil have committed to sell gas to the project. These agreements are binding. The gas supply is there.

The other main component is the market, the gas purchasers. President Donald Trump invited me to the White House to present the project to him, as he knows it will significantly reduce our trade deficit, and he helped bring our project to the global market. Chinese President Xi Jinping and his entire cabinet came to Alaska to learn more about our long-term gas supply. I met with South Korean President Moon Jae-in, and their government-owned gas company has also been engaged in this project. This same positive engagement from the President of Vietnam. To date, the project has entered into approximately 15 letters of intent from Asian gas buyers.

Why the focus on Asia? Alaska has a 50-year history of supplying East Asian countries with LNG — beginning with the 1969 shipment from Nikiski to Tokyo.

Presidents Trump and Xi witnessed my signing of a Joint Development Agreement with the president of Sinopec, the world’s largest integrated oil and gas company; the president of the Bank of China, the world’s fourth-largest bank; and, the chairman of the China Investment Co., the world’s second-largest sovereign wealth fund. We are in final negotiations with these companies to sign binding agreements

During the past four years, we have worked hard to invest in and build these important relationships with world and industry leaders. Alaska’s LNG project is finally on the world stage, and relationships matter. This is Alaska’s project, no matter who the governor is when it is finally sanctioned. I recently met with Gov.-elect Dunleavy and former Gov. Parnell, and have volunteered to make introductions to these high-level world leaders and assist in any way possible to assure continued progress and a smooth transition to the Dunleavy administration.

We are in the home stretch. The Federal Energy Regulatory Commission is in the final stage of issuing a preliminary environmental impact statement for building the gas line. It is expected in the first quarter of 2019.

Alaska is leading the charge on America’s energy infrastructure project. The gas line will bring more than 150,000 jobs in Alaska alone, significantly contribute to solving our trade imbalance with Asia and ensure U.S. energy dominance. Let’s keep the momentum going. Keep the gas on the gas line.

Gov. Bill Walker is the 11th governor of Alaska.