Let’s rise to the challenge of addressing homelessness 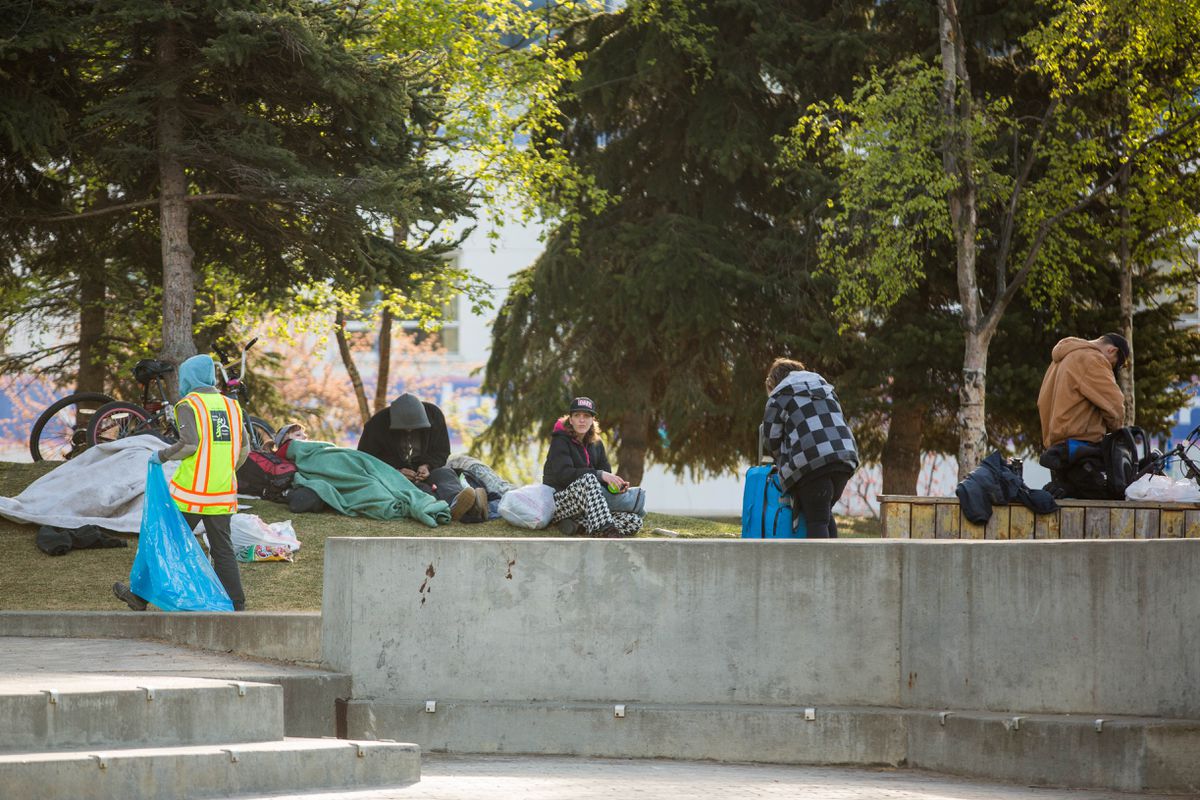 If we can put our judgment aside, we will feel our humanity. I remember a recent time when I was driving a guest through Anchorage and we passed a cluster of people on the corner of Northern Lights and Spenard who held handwritten, cardboard signs, asking for money. He remarked, “I don’t give money to homeless people because they just spend it on alcohol anyway.”

This got me thinking. I once had similar sentiments. First, I had to get over the judgment of criticizing anyone for something I did as well. “But I don’t have a problem with drinking,” he said, when I suggested trying to reframe the situation. I say that maybe if he had no home, had lost his family, was cold and hungry, maybe he would. Maybe he would take comfort wherever he could.

Second, I thought further about why we have a disproportionate number of Alaska Natives currently experiencing homelessness in our community.

It’s not as simple as wanting a drink.

As I got to know Samuel Johns, the subject of our latest documentary film, “And Now We Rise,” my eyes were opened, as well as my heart. For instance, sometimes people are flown in for medical treatment but end up without a return ticket. Other times, they come on their own with hopes for a better life, but it doesn’t turn out that way. One person featured in our film, Robert, was sent to jail in Anchorage for eight years for a battery charge in a tiny village in Northwestern Alaska where there are no jails. When his time was up, he was told to go to “36th and C” and apply for assistance. He said it was like being dropped off in Thailand. He didn’t know streets or intersections or transportation. He surely didn’t have the $368 he needed to fly home. He just became stuck. For years.

Then we can go deeper still. Our Native population has experienced levels of trauma many of us will never see or understand. Loss of pride, language and culture were beaten out of indigenous people, liquor stores were opened up next to, or inside, Native villages. Overly aggressive missionaries suppressed local belief systems. Children were taken to boarding schools with very mixed results. Adults were stripped of pride in a cash-based economy with no marketable skills. This cultural genocide has led to historical trauma for succeeding generations. Substance abuse and suicide rates still continue to rise. Watching Sam’s cousin Farrel Johns stand on the abandoned property of their grandfather in Kluti-kaah (Copper Center), one can palpate the deep sense of loss he has experienced. It’s in his eyes, in his sigh. When Sam talks about a Christmas when he wasn’t sure if anyone would remember him, every mother will feel his pain.

I cried during that particular interview. I still cry when I watch that part of our film.

It’s the kind of life-changing trauma that never completely goes away. Too often it turns inward and manifests in the forms of a complete loss of sense of purpose, addiction in many forms, and self-destructive depression.

Yet Sam Johns somehow mustered the strength to not only get out, but to find ways to help others. When Sam’s young daughter, Aaliyah, asked him about four years ago why they couldn’t ‘'just make sandwiches for the people on the corner’' he answered her with “It’s not that simple.”

But in some ways, it is.

An act of kindness is easy to perform and elevates both the giver and the receiver. Sam bought bread and sandwich meat, and he and Aaliyah made sandwiches together. They handed them out together. The response was heartening. In the three years we followed Sam for our documentary, we witnessed many more acts of kindness, from giving sleeping bags to giving speeches that rally the masses. Perhaps because Sam didn’t have an easy childhood, maybe he is more compassionate. Perhaps that is what has driven him to co-create Forget-Me-Not, a Facebook group for family members to connect with lost relatives, which now has over 25,000 members.

But that is no reason for the rest of us to slide.

We are asking people to cull their closets this week -- and attend our Alaskan premiere screening. Our partners in this effort at Perfectionist Auto Sound and Security will collect gently used warm clothing and basic necessities like toothbrushes and socks to distribute to those in need. We want our film to be enlightening as well as an instigator of compassion for our community.

And now, let us rise.

Mary Katzke is executive director of Affinityfilms Inc., a nonprofit filmmaking enterprise that focuses on social issues and has been based in Anchorage since 1982.