That jumpy aftershock feeling? Here’s how it played out in other big earthquakes. 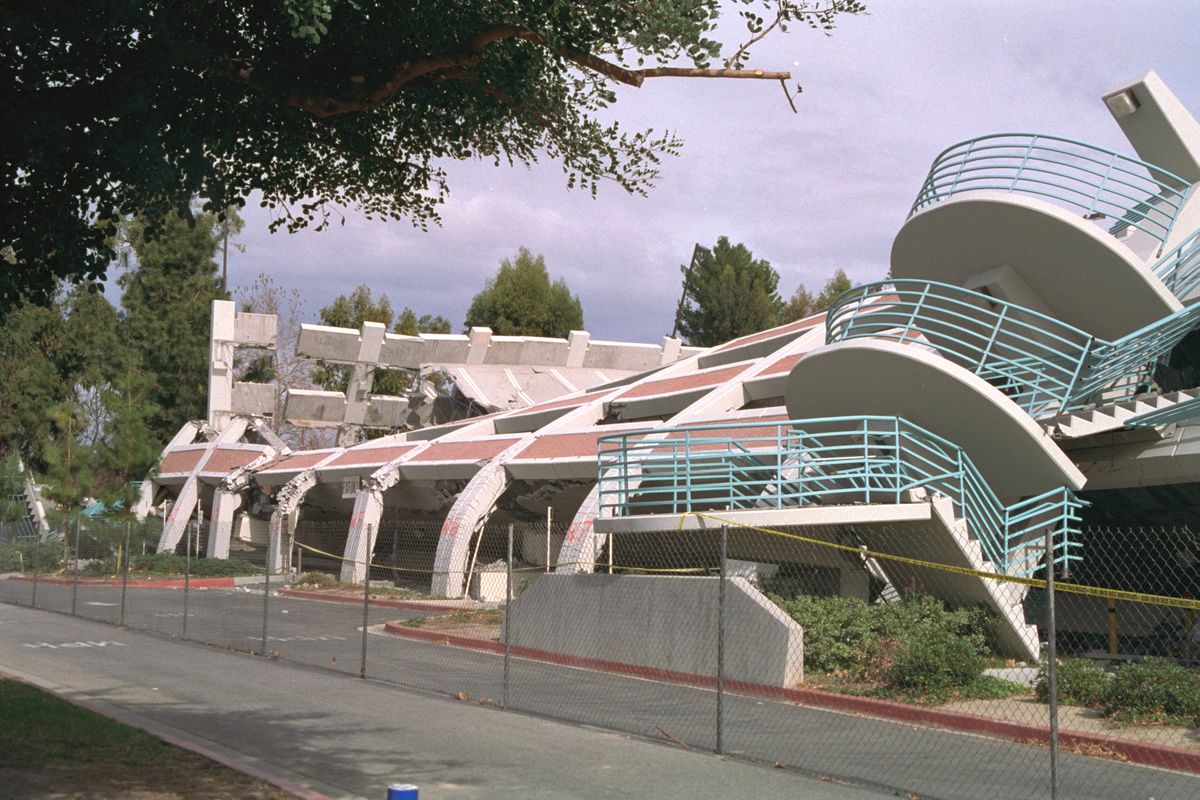 A parking garage collapsed in the 1994 Northridge earthquake in Southern California. About 60 people died in the quake, 5,000 were injured, and damages totaled $20 billion. (USGS photo)

A parking garage collapsed in the 1994 Northridge earthquake in Southern California. About 60 people died in the quake, 5,000 were injured, and damages totaled $20 billion. (USGS photo)

Big earthquakes can cause trauma for an entire city. We feel that in Anchorage as the surge of fear with each aftershock and hypervigilance about things on shelves or re-entering certain buildings.

The 1994 Northridge earthquake in Los Angeles emotionally traumatized more than a million people, psychological researchers later found. A fourth of the people living in communities near the epicenter described it as the worst experience of their lives.

Then complacency returned. It took about three years.

C. Terry Dooley, a structural engineer who lived through the terror of the quake, found the community at first eager for safety retrofits of buildings. But three years later, interest waned.

Psychologists study that effect, too. Earthquake risk is easy to ignore. We worry more about lesser threats, such as terrorism, that are man-made, individual and ongoing. An earthquake that could be decades away simply isn’t as scary.

Unless you’ve recently been in one.

In Anchorage, we’re still in the trauma stage. It’s an unpleasant feeling, to be sure. But now is the time to make our city safer, before our three years are up and complacency returns.

When Northridge hit, at 4:30 a.m. on a January morning, Diane Hirshberg grasped her bed to keep from being ejected on the floor. Without realizing it, she screamed through the quake. The contents of her apartment were destroyed. An Ikea bookcase bent at a 45-degree angle.

Northridge killed about 60 people, injured 5,000, and did $20 billion in damage, bringing down freeways, apartment buildings and parking garages. Although the magnitude of the quake, 6.7, was lower than our 7.0 earthquake, the ground acceleration was stronger, causing more damage.

Hirshberg said aftershocks kept people out of their homes. She couldn’t sleep on her bed for a week. A friend slept on her floor, afraid to go home. People were afraid to bathe because they worried that if they undressed, they wouldn’t be ready for another quake.

When the Alaska quake hit Nov. 30, Hirshberg, now a professor at the University of Alaska Anchorage, was on the phone with a friend. Her mind immediately went back to Northridge and the same shriek came out again. Her friend thought she was being murdered.

Even with her earthquake experience, however, Hirshberg said she had lost track of the kit of camping supplies and water she used to keep ready for disasters.

Dooley, the structural engineer, was in bed when the Northridge quake hit.

“My reaction was, I don’t see how this house can stand. It was just wrenched around violently,” he said.

With power and phones out, doors blocked and debris everywhere, he and his wife set out in the darkness to find their children, hoping they had survived. They passed a collapsed parking garage.

“That was frightening to me. It was an engineered structure. Not old, not flimsy,” Dooley said.

He worked for a general contractor and was busy for the next few years with repairs and seismic retrofitting. Earthquake codes were improved, too.

But Dooley, 88, had seen this before. The 1971 Sylmar quake, in the same region, collapsed a veterans hospital and killed 64 people. Codes were improved, but not enough, and many existing buildings were not addressed before public attention switched.

“There are many vulnerable buildings that cause great concern to structural engineers,” Dooley said. “We’ve tried to enact ordinances that would require retrofitting of such buildings or their demolition. There’s a lot of resistance from landowners, landlords and apartment livers.”

But it doesn’t have to be that way.

In 2013, the Los Angeles Times launched an extraordinary reporting project that documented the prevalence of the kind of concrete structures that concerned Dooley, publicly pinpointing 1,000 potentially dangerous buildings in the city.

Reporter Rong-Gong Lin worked on those stories and now reports full-time on the issues.

His outlook was formed by an earthquake, too. In 1989 he was celebrating his 7th birthday when the devastating Loma Prieta earthquake hit San Francisco. He remembers the fear, followed by a sense of fun, and then fear again as news brought word of collapsed freeways, widespread fires and deaths.

“After I became a working journalist, that interest in earthquakes and thinking about the worst-case scenario kind of stuck with me,” Lin said. “It’s something a lot of people don’t like thinking about, but I just do.”

The aftermath of our less damaging quake is such a teachable moment.

Our region needs enforced building codes for all construction, not only in the Anchorage Bowl.

Anchorage should inventory buildings for seismic risks, including looking at new issues discovered in big quakes of the last 30 years. The results should be public. We should require retrofitting by law.

We must stop building on slide areas that we know will fail in a longer quake.

We’ve had a lot of self-congratulation over the last week. Anchorage did well. But we also got lucky. Now that our minds are focused, let’s get serious about being stronger.

And for those folks whose jitters won’t settle down, find someone to talk to, preferably a loved one who you can trust to be sympathetic and positive, said psychologist James Graves, of Pasadena, who worked with L.A. residents after the Northridge quake.

Graves said the severity of psychological impact depends on your previous experiences and the depth of your fear — for example, believing during the earthquake that you would die. If unaddressed, lingering fear can become post-traumatic stress disorder, with lifelong consequences.

See a therapist if symptoms persist after two months, such as jumpiness, hypervigilance, flashbacks, avoidance and emotional numbness, Graves said.

Fortunately, most of us won’t need that care. The anxiety caused by the earthquake is already fading. We’re again getting used to things staying still, where we put them.

But before all the fear is gone, let’s get some work done. Fear is there for a reason.