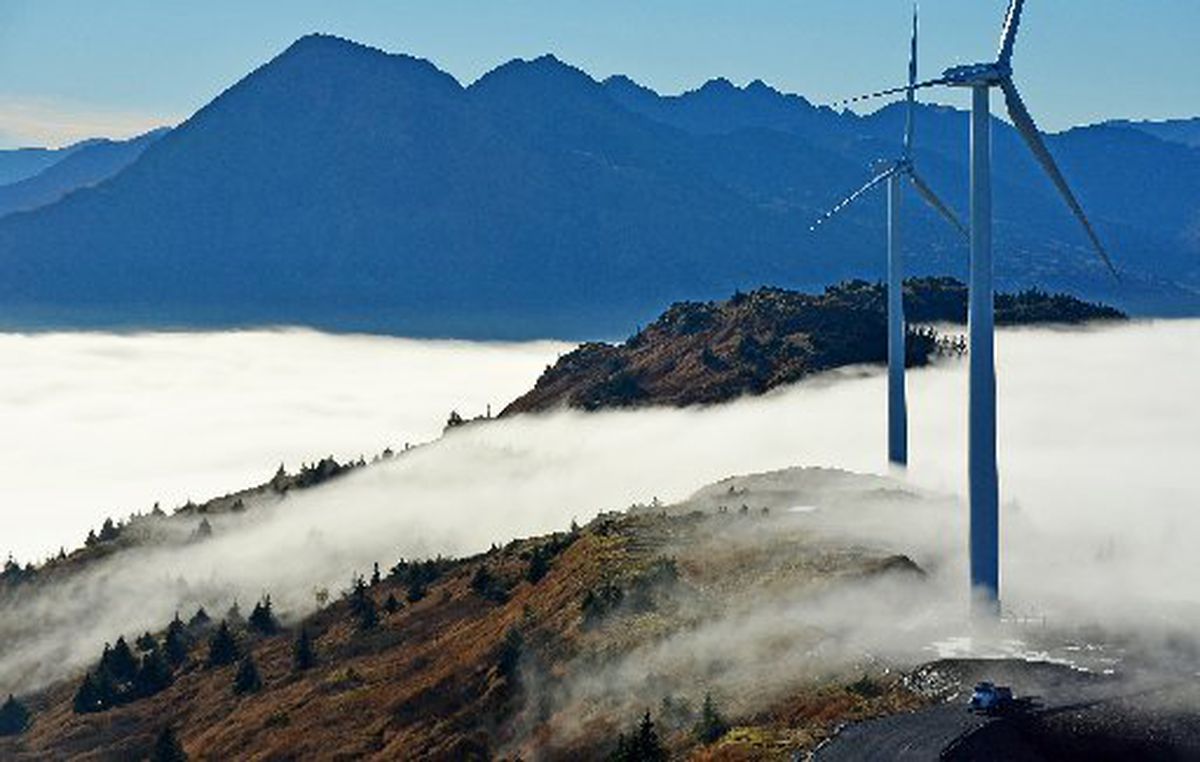 Alaska, the state warming twice as fast as the rest of the nation, is a canary in the coal mine for climate disruption. Across the state, the effects of climate change are being experienced – in some areas much more poignantly and life-altering than others.

Release of the new Intergovernmental Panel on Climate Change and Fourth National Climate Change place Alaska in the crosshairs of climate change. Both spell out, in no uncertain terms, that our civilization has little more than a decade to rein in greenhouse gas emissions or face a series of cascading ecosystem and economic collapses.

These reports verify that the unsettling changes we Alaskans are experiencing are part of a global problem - one that every state and nation must confront with conviction and vigor.

“Learned helplessness" is defined as: a state in which nothing a person opts to do affects what is happening. It is the quitting or the give up response that follows the conviction that whatever a person does doesn’t matter. The term was initially used to label the failure of certain laboratory animals to escape or avoid shock, despite given an opportunity, subsequent to earlier exposure to unavoidable shock.

To hear many Alaskans, including people who study the climate system, postulate, one might be led to think that Alaska is left to eke out a living until the last drop of oil and puff of gas is gone; we must just hunker down and passively take the brunt of climate change with little or no hope of being part of the solution. Following this status quo, business-as-usual model is to admit defeat and allow ‘learned helplessness’ to be our guide.

As the recent 7.0 earthquake demonstrates, Alaska has talent when it comes to dealing with natural disaster; we are tough and resilient and innovative and that translates into Big Climate Change solutions, some right in front of our noses.

Climate change is a historic opportunity for Alaska to transform, diversify and expand a robustly more sustainable new energy economy to the farthest corners of the state while firmly grounding us as a global leader on climate change.

Alaska has renewable energy potential other regions of the world only dream about. We have world-class wind, tidal, hydro, geothermal, biomass and even great solar potential for much of the year. Alaska has unique geographic and hydrological features, which allow us to hoard renewable energy in liquid reservoirs during times of surplus, then release that energy back out in the winter when our energy demands increase. We have world-class expertise in climate science, rural micro-grids, cold-climate infrastructure design and relocation engineering, and much, much more.

The oil and gas industry, their lobbyists and government officials would like you to believe that our only salvation will come from more fossil fuel extraction. Even if the threats from climate change and ocean acidification did not exist, this would not be true. Our remaining oil is no longer worth enough to save us. It’s time to break free from our collective Stockholm Syndrome, address the very real threats of climate change and embolden the industries of the future.

Ceal Smith is a conservation biologist living in Eagle River and founder of the Alaska Climate Action Network.