Why do we fear our neighbors to the south? 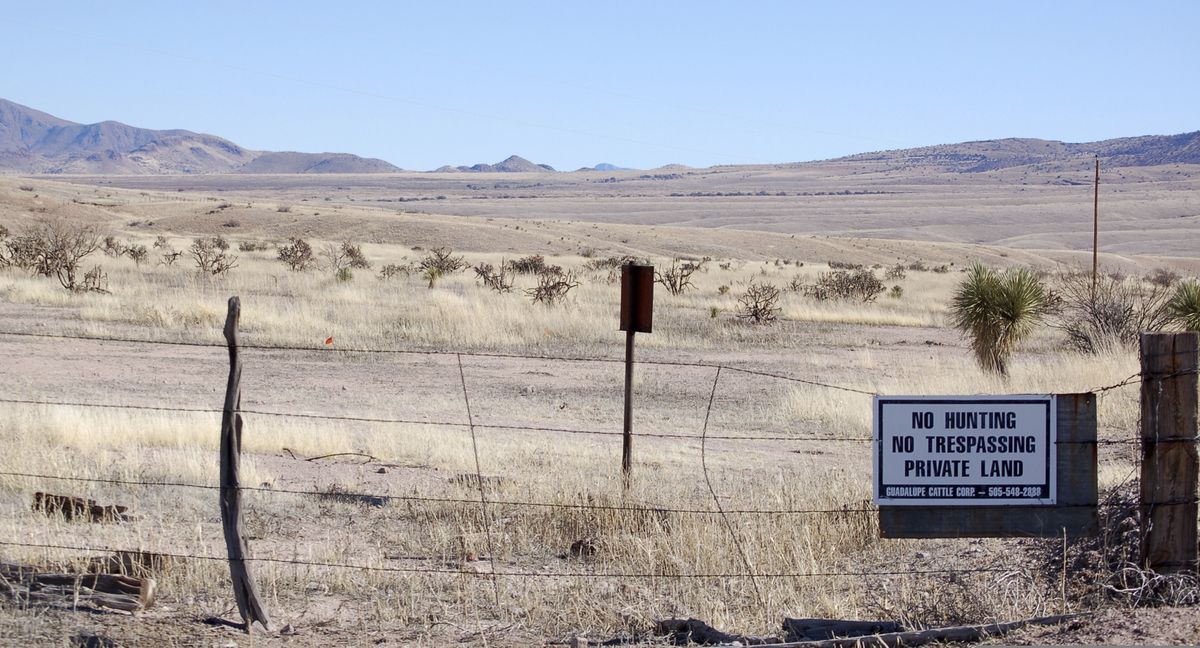 FILE- This Jan. 20, 2012, file photo, near Cloverdale in New Mexico's Bootheel region shows a gated part of the Diamond A Ranch and is 77 miles south of Lordsburg, N.M., the nearest U.S. Border Patrol station. A 7-year-old Guatemalan girl, picked up with her father and dozens of other migrants along the remote stretch of the U.S.-Mexico border, has died, federal officials said Friday, Dec. 14, 2018. (AP Photo/Russell Contreras, File)

FILE- This Jan. 20, 2012, file photo, near Cloverdale in New Mexico's Bootheel region shows a gated part of the Diamond A Ranch and is 77 miles south of Lordsburg, N.M., the nearest U.S. Border Patrol station. A 7-year-old Guatemalan girl, picked up with her father and dozens of other migrants along the remote stretch of the U.S.-Mexico border, has died, federal officials said Friday, Dec. 14, 2018. (AP Photo/Russell Contreras, File)

The scene was surreal. The colors and vibrant energy were contagious, the noise of tens of thousands of spectators, clapping, cheering, and whistling drifted up toward us as we stood on the balcony of our hotel. We were in Mexico City celebrating my milestone birthday during “Dia des Muertos,” the Mexican holiday known as Day of the Dead.

Many representations of death filled the huge main square in the historic downtown area; grinning sugar skulls, people wearing skeleton costumes, elaborate face painting on men, women and children strolling the pedestrian streets and huge sombreros decorated with figures called “Catrinas.” But this event is not the Mexican version of Halloween. This celebration dates back to several ancient civilizations of the area, and was then modified when the Catholic Church entered Mexico thanks to Hernan Cortez and his culture-crushing activities throughout the New World. Far from being morbid, it is a time to remember family and friends who have passed on and to celebrate life in the present.

This was Mexico City’s third Day of the Dead parade. For the first time, the celebration was given a theme: It was dedicated to all the migrants who had died on route to the U.S. from the first foray to the caravans of the present. Four huge archways surrounded the main square, each inscribed with a tribute honoring these dead.

None of my descriptions could do justice to the sights and sounds of this mesmerizing event. First to arrive were Mexican women dressed in traditional garb doing a choreographed dance. Next were the men sporting elaborate black sombreros. The giant skeletons were followed by people dressed as hummingbirds in shimmering iridescent blues and greens. Huge whale and turtle floats waved lazily in the air, each anchored by a single human. The crowd burst into louder cheers and clapping as the Monarch butterflies arrived: women dressed in brown and orange, twirling their silky wings in a tribute to the migration of these spectacular creatures back and forth from Canada to Mexico, with stopovers in various parts of the U.S. It takes four generations of these butterflies to move from their birthplace in Canada to their hibernation on Mexican trees. The wonder is that no one in the U.S. or Mexico objects to this back and forth journey between north and south. It’s a given.

Toward the end of the parade, an open-backed truck decorated as a ship drifted slowly by, bearing migrants to the U.S. They stood in the open back holding their suitcases, looking back sadly as they moved slowly north. The crowd roared its support, cheered them on and momentarily went into deep silence.

One of the things of most value to me is meeting and connecting with the Mexican people. One of the hotel concierges and I shared a long conversation between her handling of other guests’ needs. She hails from Michoacan and has worked in the hospitality industry for several years. She shared words to the effect, “I appreciate, even love the people from the U.S., and don’t mind if expatriates move into San Miguel de Allende. But what I cannot understand is why the U.S. doesn’t want us to enter their country!" At this point I wanted to apologize, but I’d hardly formed the words when she continued “Many Americans have apologized for the way we are being treated by your government, but none of you need to. We hold no bitterness.” Her smile shines through her Day of the Dead face paint, but I did sense some pain. I felt a twinge of guilt; after all, I was but a tourist in someone else’s country. I only knew the hardships of immigration from stories of my own family’s journey from Italy to the U.S.

So, what exactly do we fear from our neighbors to the south? Yes, there are criminals and those who enter illegally, but most of the violence here in the U.S. seems to be homegrown. We need to question the inflammatory rhetoric being spread to stoke people’s fears. Contrary to what former Attorney General Jeff Sessions has said, the migrants from our southern border are not after our jobs. They, like many of our ancestors who arrived here before us, hope for a better life and are willing to work hard and become good U.S. citizens. We need to remember that all of us are from somewhere else — even the members of Alaska Native and American Indian communities arrived from Asia while the Bering land bridge was still above water. If you research the impacts the immigrants of the early 20th century had on the economy, you’ll find that they helped regenerate a stagnant labor movement, thereby bringing higher wages and benefits to all — to say nothing about the richness of diversity, the culture and the food. Who doesn’t like pizza, tacos or chocolate?

I don’t believe that migrants from the south are our greatest threat. The danger is that we are too willing to allow corporate and government authorities to shape our beliefs and behavior. Fear of the folks next door is a lot easier than understanding how those with power and control manipulate us so they can divide and conquer.

Perhaps I’m too idealistic. But what I do know is we can’t shut our borders forever, or we’ll stagnate. We need a path to citizenship, especially for people seeking to escape violence, poverty and situations beyond their control — the very things that compelled our ancestors to leave their homes and seek a better life here.

Susan Valenti is an Anchorage-area writer and birder.