As Alaska turns 60, build your own statehood bonfire 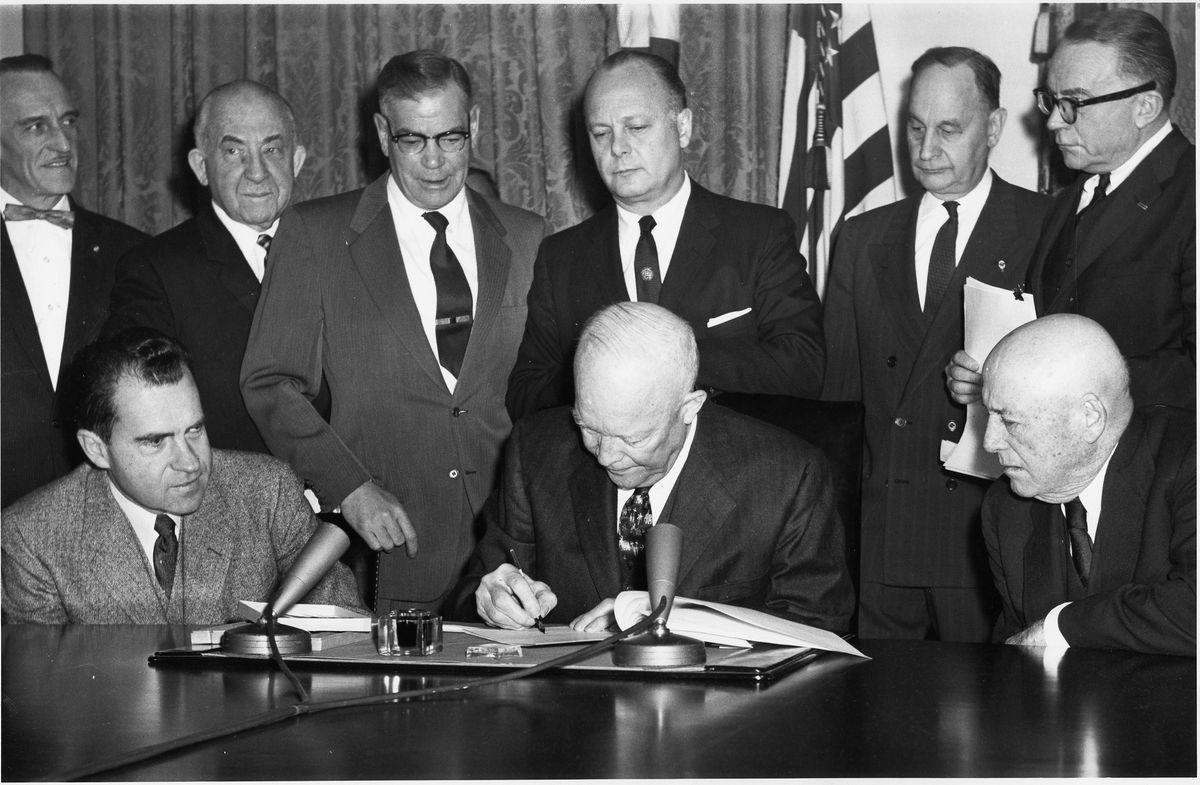 Call me a Statehooder. Even though I arrived 15 years after they built a big bonfire on the Park Strip, sewed a new star on the American flag and let us elect our own governor, Congressman and senators, I’ve shared the benefits of being a self-determined Alaskan every day. So, on the 60th anniversary of Alaska statehood, we’re building a bonfire to celebrate Alaska’s entry into the Union.

Call yourself a Statehooder, and have your own bonfire, too. At my house, champagne and hot chocolate will add to the celebration. Alaska reindeer dogs, with Fourth Avenue food carts’ contribution to Alaska cuisine (onions sautéed in Coca-Cola, or Pepsi if that’s your preference) and my wife Virginia’s yummy lentil soup, will make a meal. Pilot bread and smoked salmon will be appetizers. Dessert, of course, is baked Alaska.

We invited members and friends of a group founded by Alaska’s first two governors — Bill Egan and Wally Hickel. Commonwealth North is a bipartisan public policy organization to help Alaskans deal with the huge riches and rich opportunities we gained with statehood. Our toast is certainly to the work of those gentlemen — and to many more who fought the statehood fight, developed winning strategies, made the initial promises of statehood work.

As a young Alaskan, arriving in 1974, I was lucky to be mentored by many of those in the statehood fight. Hickel, to whom I was closest, saw his greatest contribution as demanding that the terms of statehood give us 103 million acres of land — not just the timber land in Southeast Alaska around communities that had been envisioned in earlier legislation. With land selections on the North Slope and discovery of America’s largest oilfield less than 10 years after statehood, that made a huge difference to Alaska. Someday, all the land we’re entitled to will be transferred to the state.

Hickel and some others — former State Sen. Johnny Butrovich, Alaska Statehood Committee Director Barry White — had joined a meeting in President Dwight Eisenhower’s Oval Office to demand that the Cold War plan of partitioning Alaska be killed. The partition would have kept all land north of the Porcupine, Yukon and Kuskokwim rivers in federal territorial status, and left the citizenship and representation of residents from Kongiganak to Kaktovik in question, while the land could be used for a military reservation in the Cold War. Eisenhower’s subsequent decision to drop the P-Y-K line, too, engineered by then-Interior solicitor Ted Stevens, made a huge difference. We would not have had Arctic oil, gas or minerals. (Stevens’ artifact of that P-Y-K line plan in the Statehood Act allows a President or defense secretary to take any land the military needs in North Alaska for defense purposes, no questions asked. It’s never been used.)

To that fight, there were three other “wins” that have left us unfinished business. We thought we were getting control of our fish and game. We thought we were getting 90 percent of revenues from development on federal lands. We thought the terms of admission to the Union were by a compact, an agreement of both sides that could not be changed. All three of those “wins” remain in question, watered down by Congress and the courts, sometimes undefended by Alaska governors, sometimes found in conflict with other appropriate goals, such as protecting subsistence hunting and fishing. We did amend the Alaska Constitution in the mid-1990s to enshrine our view of the compact in state law. Our state, and other Western states, have common purpose in seeing statehood compacts better defined. I’m hopeful that our new governor and Legislature will reinvigorate and fully fund the Citizens Advisory Committee on Federal Areas (CACFA) and read the blue-ribbon Alaska State Lands Advisory Group report recommending a petition to the federal government to address where we’ve fallen off the track.

The status and rights of Alaska Natives remains a continuing battle — set up by, but not fully resolved by the Statehood Act, the Alaska Native Claims Settlement Act in 1971, the subsistence provisions of the Alaska National Interest Lands Conservation Act of 1980 or the further federal recognition of Alaska tribes in 1993. As lieutenant governor, and before that, I played a very small role in recognizing official Native languages, building the capacity of the Alaska Native Tribal Health Consortium, and urged any memorial to statehood to recommit to do yet more, together, to advance Native rights.

At our bonfire Thursday, Rachel Kallander will sing “Alaska’s Flag.” We should, of course, toast author Marie Drake and flag designer Benny Benson, who helped our territory build its identity. To that end, the great Alaska boosters deserve a glass held high as well. Alaskans may have their personal favorites, but to me, the unmitigated enthusiasm of former Democratic National Committeewoman Helen Fischer deserves a shout-out. I didn’t get to know her until the 1980s, but I can’t imagine any audience, anywhere, not set afire by her view of Alaska out from under control of the federal yoke. Most of the time I spent with Fischer, Egan, Alaska Statehood Committee Chair Bob Atwood, Alaska Constitutional Convention organizer Judge Tom Stewart, happened during the 1980s, about the time they could tell their stories with the perspective of what had been accomplished.

Two drafters of our constitution are still with us. Republican former Lt. Governor Jack Coghill and Democratic former state Sen. Vic Fischer will still answer your questions about what was intended. It has been a pleasure to be able to seek their counsel and to call them friends.

I should thank two territorial governors I got to know, however briefly, too. Ernest Gruening had gone to my Connecticut high school, and he came back to give a speech just months before he died in 1974. I was headed to Alaska, and he told me three weeks hiking, fishing and camping was just not enough. It took me a bit longer to get a helicopter into the Brooks Range, as he suggested. He’d been sent away from Washington, D.C., to Alaska as a “troublemaker” in Franklin Roosevelt’s Interior Department, and his national ties and persuasive powers made a big difference. Territorial Gov. Mike Stepovich only recently passed away, leaving a huge family of contributing kids, grandkids and great-grandkids with his legacy, his smile and his hope that we recognize the promise of statehood every day.

As we begin year 61 as a state, my fervent hope is this. Forget not the battles we won for control of Alaska resources from Washington, D.C., and work to make sure the federal government keeps its promises. Continue to be responsible owners of our lands and resources here — protecting, as Hickel put it, “people, people’s needs, and nature,” as a model for the world. And finally, enjoy our freedom under the American and Alaska flags — the freedom to solve our problems together. When we turn to Washington, D.C., for answers, the solutions can be uninformed — or take forever. Alaskans know Alaska, and it’s up to us to work together, use our self-determination and, like the original Statehooders, convince the world we can make our opportunities happen.

Mead Treadwell was lieutenant governor of Alaska, 2010-2014, and chaired the Citizens Advisory Committee on Federal Areas’ Alaska State Lands Advisory Group, which urged Alaska to petition Washington, D.C., to uphold promises made at statehood. He is the outgoing president of Commonwealth North.