Not all walls are immoral. But this one is. 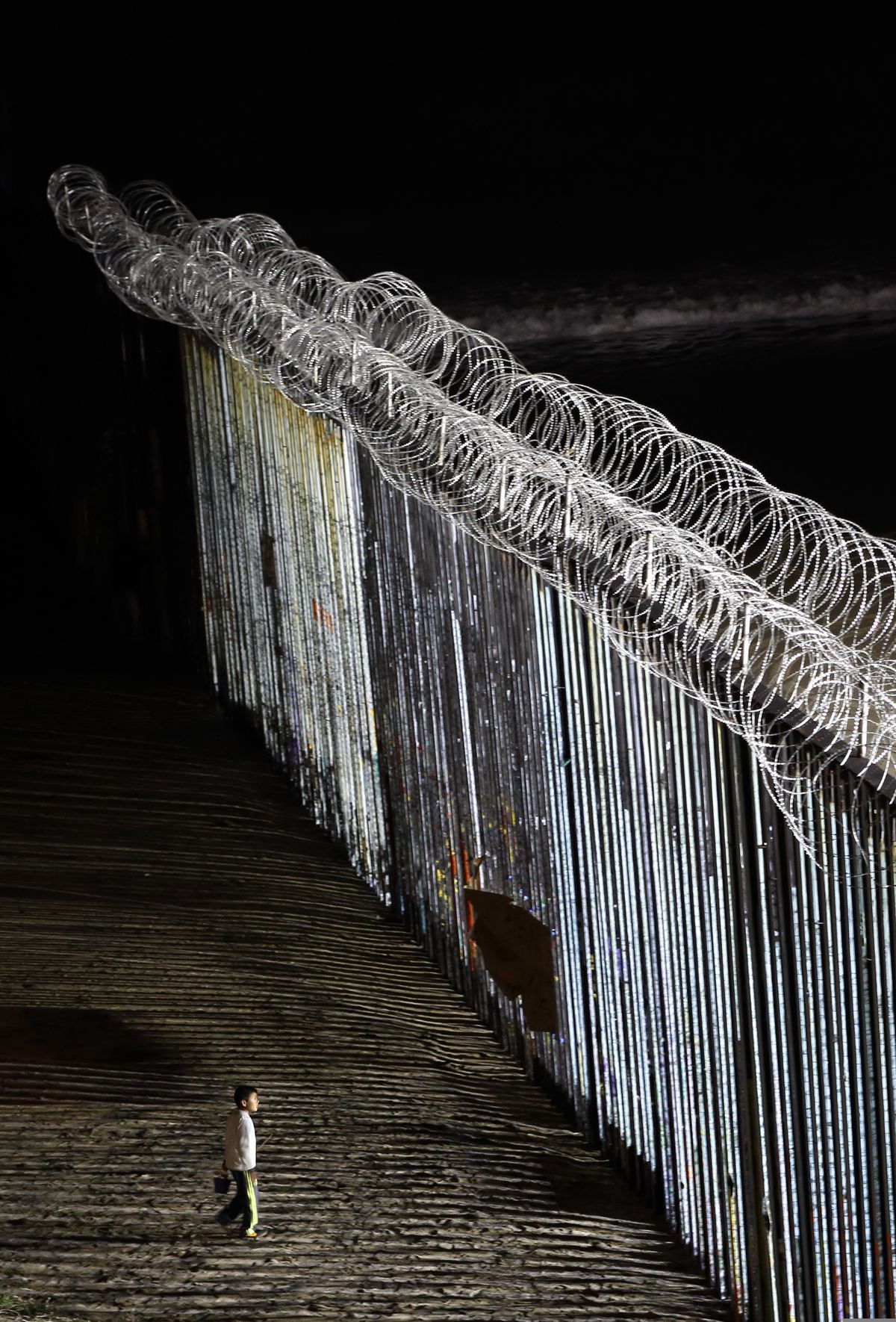 FILE - In this Monday, Jan. 7, 2019, file photo, a boy looks at the border wall, topped with razor wire and bathed in floodlights from the U.S. side, as he walks on the beach in Tijuana, Mexico. (AP Photo/Gregory Bull, File)

FILE - In this Monday, Jan. 7, 2019, file photo, a boy looks at the border wall, topped with razor wire and bathed in floodlights from the U.S. side, as he walks on the beach in Tijuana, Mexico. (AP Photo/Gregory Bull, File)

Two of the main ways the president attempts to justify his wall are to claim that it will stop illegal drugs and violent criminals, implying that both now enter the country in unprotected areas of the U.S.-Mexico border. But these statements don’t stand up to scrutiny. According to the Drug Enforcement Agency, most illegal drugs that enter the U.S. from Mexico are smuggled through legal ports of entry, not the wide-open spaces between them. Building walls in those stretches is strategically unsound and ridiculously expensive. The argument about violent criminals is equally unsound: Studies have shown that illegal immigrants commit crime at a lower rate than native-born Americans, and the majority of them enter through airports. To build Trump’s particular wall not only is ineffective, it diverts resources away from the solutions that would actually help.

The other claims he has been making in support of his wall have been similarly debunked. The arguments that the president presents blur the facts. They are cherry-picked, non-representative anecdotes that are selected in order to intentionally mislead us into believing that illegal immigrants crossing the border in the unprotected areas have a high percentage of drug smugglers and violent criminals.

Painting a misleading picture in this way is immoral. Note the difference: Not all barriers are immoral, but Trump’s proposal, in its use of falsehoods and fear mongering, isn’t a wall but an accusing finger, and it is being intentionally, inaccurately, and immorally pointed at Mexicans.

In further attempting to justify his particular wall, Trump says that people “don’t build walls because they hate the people on the outside, but because they love the people on the inside.” Historically this is the mask that hate has always worn: a mask of love for the inside group that scapegoats the outside group. But real love does not come at the expense of those we exclude, it comes by better and more fully giving of ourselves to see all people as beloved. True morality comes only when we recognize that those we have placed on the outside of the wall are just as deserving of love as those who are hiding behind it.

Not all barriers are immoral, and people of sound moral character may support some form of a wall. There is an opportunity here to come together and find common ground between ideologies to build a moral strategy. For example, border barriers can be built in agreed-upon, strategic locations. People on both sides of the aisle can agree to provide much of what President Trump suggested, such as funding for “cutting-edge technology for detecting drugs, weapons, (and) illegal contraband.” Both sides will support his suggestion that we fund “more agents, immigration judges and bed space to process” illegal immigration cases. And every religious organization in the nation would celebrate funding for “humanitarian assistance and medical support.” A moral strategy exists, and it is within our reach. But like a wall itself, it must be built on a stable foundation, and that foundation must include honesty in the presenting of facts, and love in the way we treat those “on the outside.”